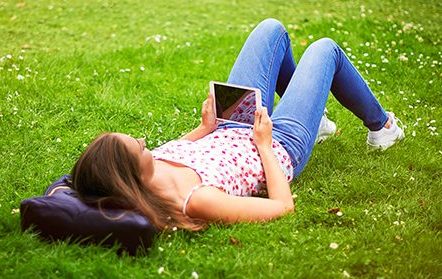 It’s the perfect time to join a book club – from home. The Classics Made Modern book group meets on Zoom and connects together in a Facebook group! Flexibility for your changing schedule- for each title, we have two Zoom discussions, Tuesday evening or Wednesday afternoon.

Here are the basics:

The Night Watchman by Louise Erdrich was published in 2020 and set in the 1950s on the Turtle Mountain Reservation.The novel was awarded the Pulitzer Prize for Fiction in 2021. The novel is based on the extraordinary life of Erdrich’s grandfather who worked as a night watchman and carried the fight against Native dispossession from rural North Dakota all the way to Washington, D.C., this powerful novel explores themes of love and death with lightness and gravity and unfolds with the elegant prose, sly humor, and depth of feeling of a master craftsman.

Read on Hoopla, listen on Hoopla, check out the book from the library in other formats.

Lolly Willowes; or, The Loving Hunstman by Sylvia Townsend Warner Lolly Willowes, always so gentle and accommodating, suddenly announces that she is moving, alone, to the countryside. To her overbearing family in London, it is a disturbing and inexplicable act of defiance. But Lolly will not be swayed, and in the depths of the English countryside she gradually discovers not only freedom and independence, but also, unexpectedly, her true vocation. The book was first published in 1926 and described as an early feminist classic.

Read on Hoopla, listen on Hoopla, check out the book from the library in other formats.

Dr. Jekyll and Mr. Hyde by Robert Louis Stevenson, published in 1886, introduced the everyday language of “Jekyll and Hyde” in a suspenseful story. Gabriel Utterson is intrigued by the sinister figure of Mr. Hyde, and the latter’s strange relationship with Utterson’s good friend, Dr. Jekyll. When Mr. Hyde beats a Member of Parliament to death, Gabriel Utterson tries to get to the bottom of the mystery and eventually discovers Dr. Jekyll’s dark secret.

Read on Hoopla or Project Gutenberg, listen on Hoopla (about 3 hours). Watch the 2002 film adaptation starring Jack Palance, available on Hoopla. Check out the book from the library.

My Antonia by Willa Cather was published in 1918 and is the third book in the author’s “Great Plains Trilogy” or “Prairie Trilogy” although the books can be read independently.Orphaned at the age of 10, Jim Burden moves to Nebraska to live with his grandparents. There he meets Ántonia Shimerda, the daughter of an immigrant family from Bohemia, who have come to carve out a life for themselves in the harsh and bountiful Nebraskan landscape. At the urging of her father, Jim teaches Ántonia English and together they share adventures that will bind them throughout their lives, despite the vicissitudes of time and fate, and years of separation.

Read on Hoopla or Project Gutenberg, listen on Hoopla (about 8.5 hours). Check out the book in several other formats from the library.

YOU are invited to this book group

We’ve got options to make this work for everyone!

This book discussion group began in April 2020. Here’s what we have already read together: