Told from the point of view of Sansei (third generation) Japanese Americans, Resilience—A Sansei Sense of Legacy is an exhibition of eight artists whose work reflects on the effect of Japanese American internment in World War II as it resonated from generation to generation. Resilience will be on view in the Alice C. Sabatini Gallery until May 22, 2022. Here’s a spotlight on one of the exhibit’s artists Roger Shimomura in his own words.

Accepting a teaching position at the University of Kansas in 1969 led me to move to the Midwest, which changed my life and brought new direction to my art. In the American Midwest I was constantly mistaken as Native American and Asian otherness such as Chinese, Vietnamese, et al. The repetition and frustration of these mistaken identities finally inspired me to make my first painting regarding my ethnicity as an American of Japanese descent. Soon after that, the translations of my grandmother’s diaries (1912-1968) revealed her roles as a photobride, WWII incarceree, midwife and naturalized citizen. These diaries as well as her other writings would provide content and authentic narrative to my paintings, prints and theatre pieces.

The bulk of my career as an artist has been spent attempting to recapture the essence of the camp environment. Tar paper barracks, barbed wire fences, guard towers and distant mountains become like a theatrical stage setting. Despite research by many scholars and experts in history and immigration, many misconceptions that stigmatized the Japanese American experience are contained in similar issues that now plague the American Muslim community. These are the new horizons I am investigating in my recent work. 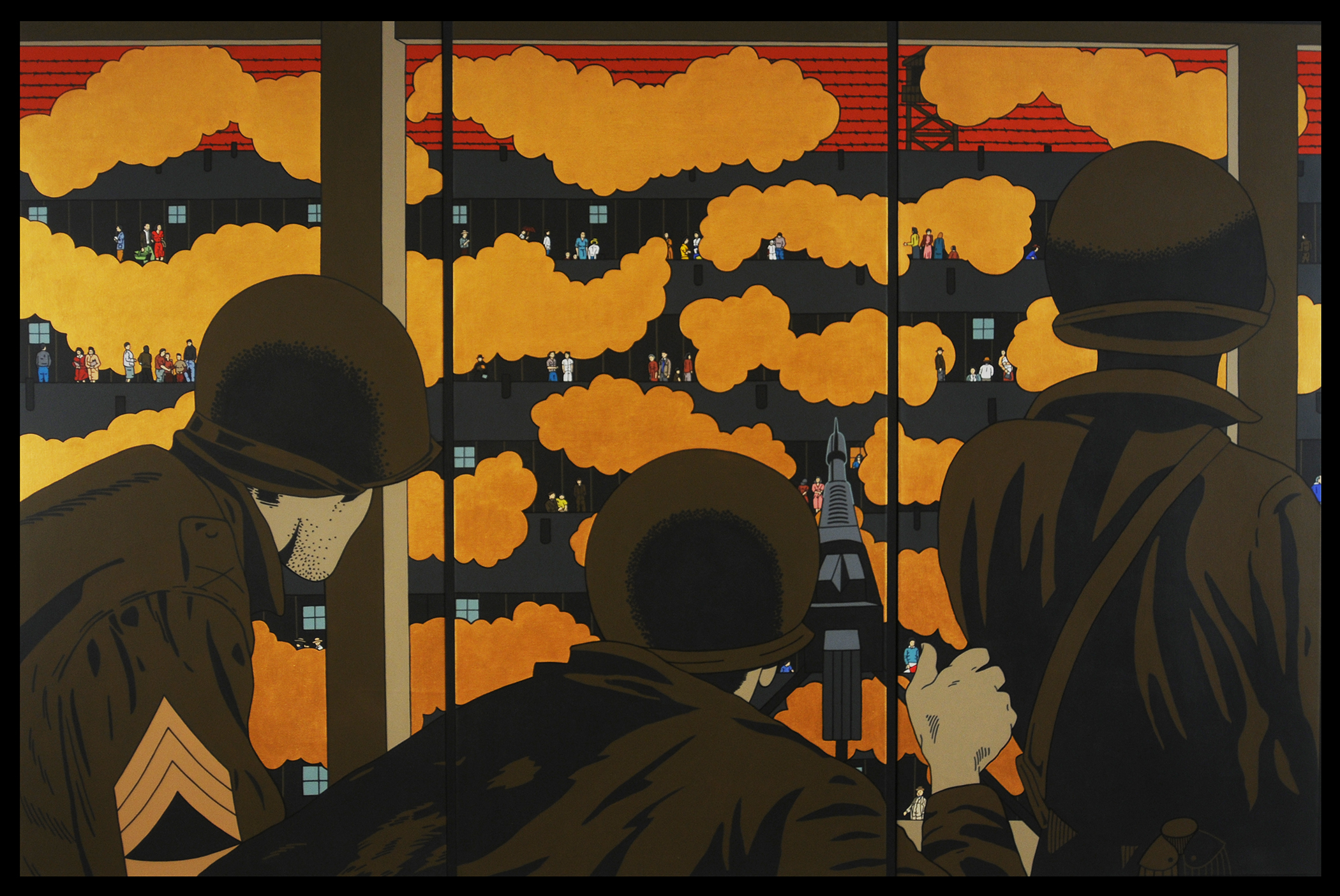 The U.S. government incarcerated 120,000 Japanese Americans in 10 concentration camps, all located west of the Mississippi River. Barbed wire fences and armed guard towers surrounded the camps, with soldiers ordered to shoot on sight anyone who tried to leave. Official government rhetoric emphasized that this was for the protection of Japanese Americans. But if these measures were there to keep hostile people out, why were the machine guns pointed inward towards the incarcerees? – Roger Shimomura 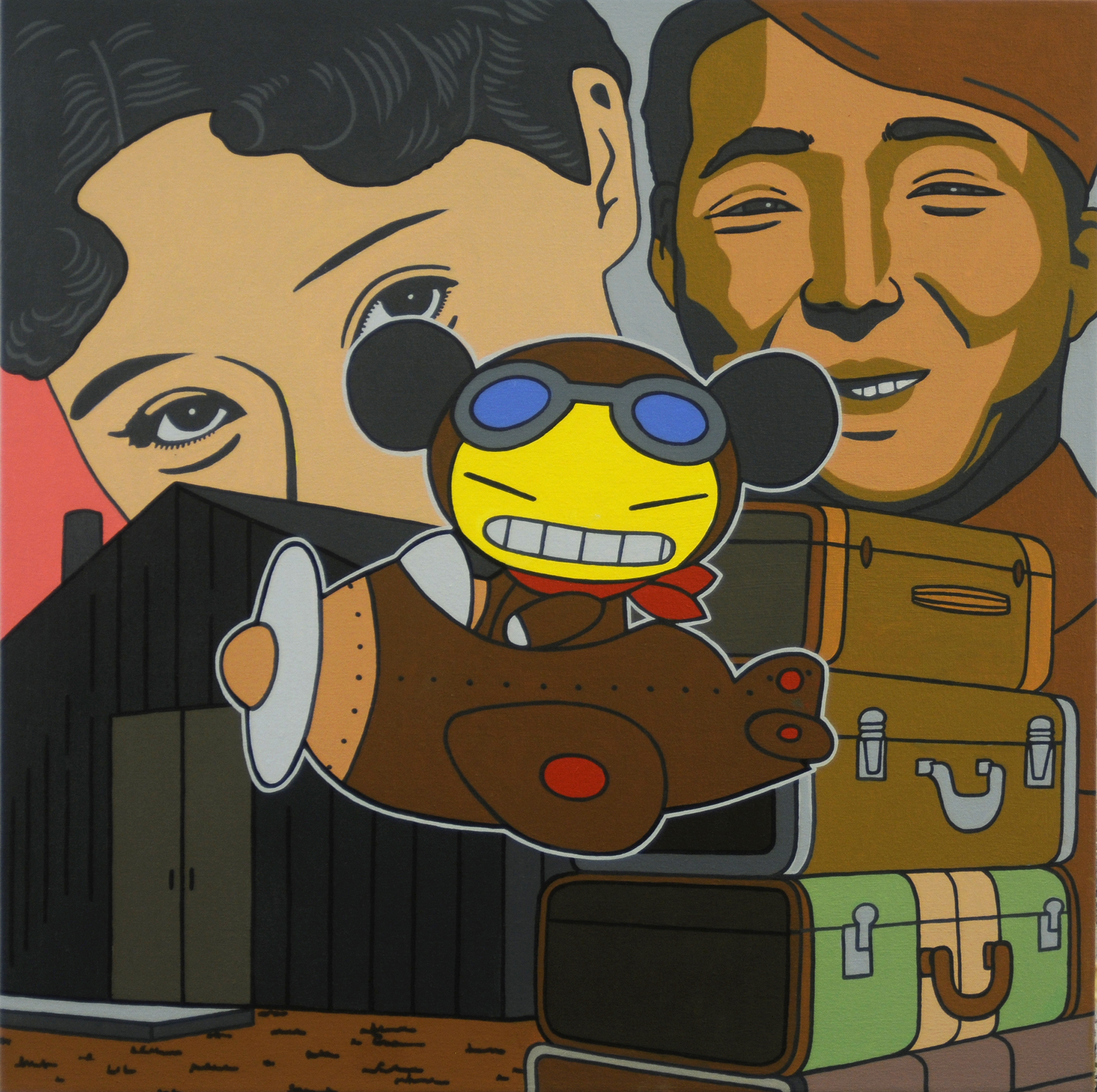 Many incarcerated Japanese Americans endured separation from their loved ones.

Although the lovers pictured are American citizens, one is senselessly incarcerated in a camp, while the other bravely fights for the United States in Europe. In the meantime, a stereotypically evil “Jap” soldier fighting the U.S. in the Pacific arena is superimposed on the image of the couple, obscuring and complicating white Americans’ views of Japanese Americans. – Roger Shimomura