Myths and folktales are the basis for numerous young adult novels. Some are familiar, while others open up new worlds. Check out these books inspired by tales from around the world. 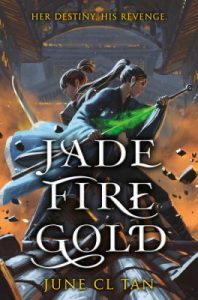 Ahn lives in a small village, hiding magical abilities that could get her killed. Altan is a lost heir, presumed dead and bent on revenge. When Ahn and Altan meet they see a way to accomplish their goals: Altan to recover his throne and Ahn to control her magic. Their journey takes them through highs and lows, until they realize they will each need to sacrifice more than they ever imagined to save their country.

Features from Chinese mythology inspired Jade Fire Gold, including the five elements, martial arts heroes and immortal heroes. There is magic woven throughout the book. It is especially gratifying to watch Ahn and Altan learn to trust each other and realize they need to work together to accomplish their goals.

Want more books based on Chinese mythology? Try the Flame in the Mist duology by Renee Ahdieh. 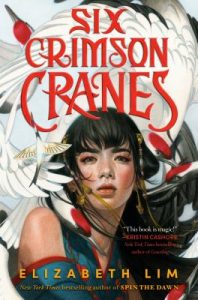 Shiori is the princess of Kiata and the youngest in her family with six older brothers. When she discovers a secret she was never supposed to uncover, her stepmother, Raikama, curses her. Riakama turns Shiori’s brothers into cranes and for every noise Shiori makes, one of her brothers will die.

Cast out and alone, Shiori knows she has to break the curse, but how does she do that without speaking? Shiori sets out to save her brothers and her country armed only with her wits, a magical paper crane named Kiki, and her own magic, which is outlawed in her country.

Six Crimson Cranes was an absolute delight to read. Based on The Wild Swans by Hans Christian Anderson, Lim made the story her own. Shiori’s journey to is incredible! The banter between Kiki and Shiori is fun to read. Best of all the ending comes with a twist I never saw coming.

If you enjoy this book, the sequel, The Dragon’s Promise comes out in August. Want something sooner? Try Elizabeth Lim’s The Blood of Stars duology, which starts with Spin the Dawn. 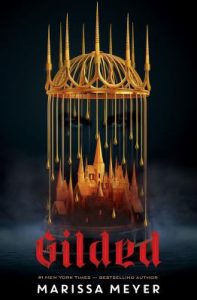 Believed by the villagers to the cursed by the gods, Serilda has always loved to tell fantastic, outlandish and entirely unbelievable stories. She never imagined one of these stories would change her life forever.

When Serilda tells the Erlking and his undead hunters a story about her ability to spin straw into gold, she saves two lives. She is also drawn into a world of magic and terrifying creatures. If Serilda can’t fulfill the claims of her story, she will be killed.

Marissa Meyer demonstrates her incredible ability to craft amazing fairy tale retellings that sweep readers away into a new world. Gilded is based on the Brothers Grimm tale of Rumpelstiltskin. One of my favorite features of this book is Serilda’s tales, which are vivid and spellbinding. Serilda’s character gave the story an amazing level of depth. You can feel her varying emotions when she interacts with her father versus Gild versus the Erlking.

If you enjoy Gilded, check out the sequel, Cursed, scheduled for release in November. If you want to read some of Marissa Meyer’s other works, try her The Lunar Chronicles series, which starts with Cinder.

What are some of your favorite myths or folktales?