I absolutely judge books by their covers! When a book cover catches my eye, I must pick it up. Here are a few books I recommend with truly amazing covers.

These Hollow Vows by Lexi Ryan 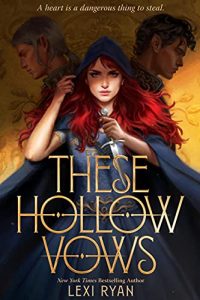 When Brie’s sister Jas is kidnapped by the Fae, Brie will do anything to get her back. Brie travels to the lands of the Fae, people she despises, and offers herself  as a potential bride. Her goal is to gain access to items she needs to fulfill a bargain with the enemy king. As Brie is pulled in different directions, she realizes there is more to these courts than she realized. Brie discovers she has more to lose than she ever thought possible.

These Hollow Vows was such a great read! Every time I thought I had figured out what was going to happen, the author thew in a new twist. I love the cover of this book – the shadow and light highlight and hide the characters. Brie is in front with the two males who are each trying to win her to their side in the shadows behind her. The cover made me so curious about what was going to happen and illustrates the story so well.

The sequel is scheduled to be released in summer 2022. 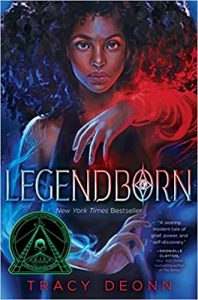 Bree Matthews has been accepted into a program for exceptional high school students. She thinks this is the best escape from the memories of the accident that killed her mother. When Bree witnesses a magical attack she realizes there is so much more to her mother’s accident than she knew. The only way to find the answers is to find a way to join the Legendborn – a secret society with ties all the way back to King Arthur. As Bree continues to dig into her past, she must decide how far she will go to find the truth.

Legendborn is one of my favorite reads from the past year. I have always loved the story of King Arthur. This book finds a new way to bring Arthur’s story into the modern day, while completely turning it on its head. The plot’s twists and turns were incredible. Bree is relatable as she navigates school and friendships while keeping her secret society hidden from everyone around her. The cover’s swirling red and blue on her arms pulled me in, along with the intense look in her eyes.

The sequel to Legendborn is scheduled to be released in summer 2022.

King of Scars by Leigh Bardugo 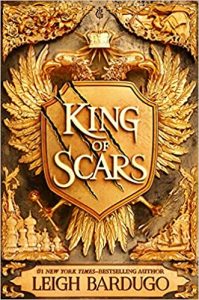 Nikolai Lantsov is now the young king of Ravka and he’s facing the impossible. He needs to rebuild his country, which has been ravaged by civil war, while keeping the country’s circling enemies at bay. Nikolai also has a secret that could destroy everything he has worked so hard to build.

King of Scars is the first in a spin-off duology from the Shadow & Bone and Six of Crows series and takes place in the same world. I love that this book felt like I was coming home to a familiar place. When I found out these books focused on Nikolai, one of my favorite characters from the original series, I had to read it. This book seamlessly wove together characters from both of the preceding series.

The cover for this book beautifully shows the Lantsov crest that represents Nikolai’s family. It ties into the story, while not giving anything away.

What are some of your favorite book covers?