In the best machete-wielding Indiana Jones tradition, the small band of archeologists hacked their way through the fetid Honduran rainforest. Dodging deadly fer-de-lance, swarming red ants, and a torment of biting sand flies, they searched for a fabulous lost city tucked deep in the Honduran interior. Rumors of riches and curses both attracted and repelled adventurers from the White City, or the Lost City of the Monkey God, but for hundreds of years the White City remained only a legend…until now. 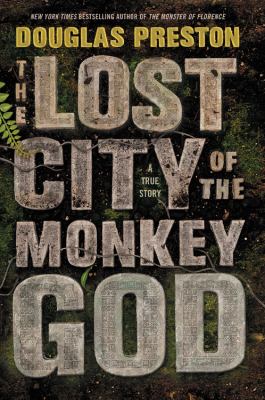 No tattered treasure map had led them here, however, but rather a state-of-the-art LIDAR (Light Detection and Ranging) survey showing evidence of a magnificent city with plazas, temples, and ball courts. Beyond excited, a group of archeologists, writers, scientists, filmmakers and ex-SAS officers as survival guides descended on the valley, dubbed T1, and searched through a jungle untouched by man for hundreds of years. What they found would astonish them.

The Lost City of the Monkey God by Douglas Preston is a rollicking good adventure story, but unlike a Hollywood film, this true story has a sobering conclusion. While speculating how European diseases may have caused the demise of the White City, Preston and his fellow scientists must cope with a deadly, disfiguring tropical disease of their own. It’s a pointed reminder that all civilizations end and the loss of a once-thriving culture in the remote Honduran jungle has lessons for today.