Is there any music more polarizing than Christmas music? 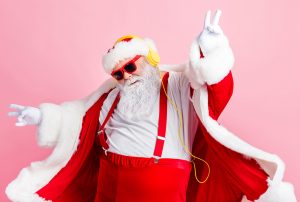 Some find its 24/7 presence on radio airwaves and retail speakers starting before Thanksgiving heartwarming. Others find the repetition of the same handful of classics maddening. And some of us are on different sides of the coin from year-to-year. To be sure, holiday tunes are relentlessly cheery and optimistic. Likewise, they tend to be relentlessly catchy earworms. In years when you aren’t sharing the holiday spirit in the songs, they can be hard to stomach. And that’s okay!

I’ve found a couple ways to temper the same old FM radio hit doldrums of Christmas music. One is a pure hit of cheesy, schmaltzy nostalgia. The other is to forgo the vocals and listen to music that’s largely instrumental. This year three New-Agey, synthy collectives have done the trick. In the last 25 years these three have become institutions in American music through a combination of sheer holiday sincerity and great musicianship. And there’s no shortage of material from them! 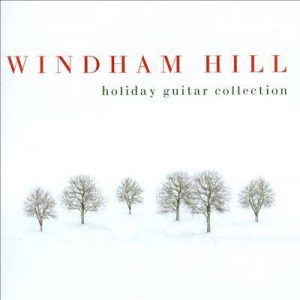 Guitarist William Ackerman founded the Windham Hill record label in late 70s California. Soon after it became a collective for like-minded virtuoso musicians. They’re usually acoustic and instrumental with an easy listening sensibility. By the mid-90s to 2000s, they  carved out a niche in holiday music with their simple, elegant arrangements. While many classic carols and hymns appear, part of what I love about these compilations is the original songs.

The main series is called A Winter’s Solstice. As the name implies many of the songs aren’t about the holiday so much as the season. Likewise, another series called Celtic Christmas features Irish musicians and Gaelic singing. This focuses the music a little more on the pagan traditions, the passing of time and connection to the land. Pianists Jim Brickman and George Winston, guitarists Michael Hedges and Alex De Grassi, and even Yanni contribute to these holiday albums. (Fun fact: I heard a lot of Ackerman’s guitar music in utero, so I like to think this one resonates with me.) 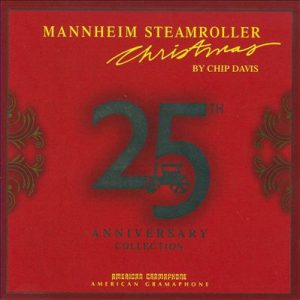 You’re likely familiar with Mannheim Steamroller’s particular brand of remixed classics. Maybe you own a couple or grew up listening to them like I did. The group is the brainchild of composer Chip Davis who now resides in Omaha. He got his start playing classical music rearranged on keyboards, with synthesizers for the horn and string parts. His first albums, part of the now 8-part Fresh Aire series, caught on after Target stores started to sell them. The band eventually grew to include several regular band members. Beyond more than two dozen Christmas albums, they’ve released albums for each season, 4th of July, Halloween and Disney music.

Mannheim Steamroller is so big now that Davis has multiple touring groups for their tours. Each one has a revolving repertoire of professional musicians including real horn and string sections when live. Unfortunately, Davis rarely plays live with the group anymore due to his health. (Fun fact: Stores throughout the Midwest sell Mannheim Steamroller brand cinnamon hot chocolate.) 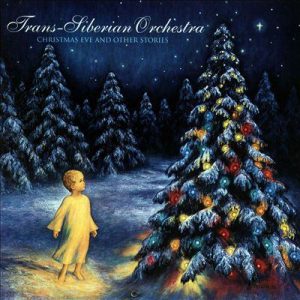 Trans-Siberian Orchestra is not as prolific as the previous two collectives. They’ve only  released a trilogy of Christmas albums. However, in the last 25 years they’ve become as much of a Christmas music institution as anyone. Formed by rock producer Paul O’Neill in 1996, the band was composed of members of the heavy metal band Savatage.

TSO as they’re known to fans aren’t so much New Age as they are progressive rock. But they have the synthesizers, the concept albums, and the Christmas ham quality that makes these acts endearing. Over the years they’ve gone through extensive line-up changes and their live shows feature just as much orchestral talent as Mannheim Streamroller.

I first became aware of TSO when I watched a viral video of a house decorated with lights synchronized to their song “Wizards in Winter.” That video now has more than 5 million views on YouTube. This degree of spectacle translates to their live shows which have pyrotechnics and laser light shows galore. Unfortunately, Paul O’Neill died in 2017 at 60 but the group has carried on in his honor. Some fans love TSO’s live shows so much that they travel to catch multiple performances each year. (Fun fact: At every tour stop, the group donates $1 or more from each ticket sold to a local charity in the city where they are performing. This has led to more than $16 million raised for local and national charities over the years.)

If you’re tired of the pop and crooner Christmas standards, give one of these slightly more unorthodox groups a listen this year. You won’t find many vocals but you’ll find ample amounts of ham and cheese. Mannheim Steamroller is scheduled to play at the Stormont-Vail Event Center in Topeka and Trans-Siberian Orchestra is set to play the T-Mobil Center in downtown Kansas City this year.