If you’re looking for a satire of modern society, a thriller or a cozy read, I’ve got you covered! While the topics and genre’s in these January new releases vary widely, they’ll all have you thinking about the issues highlighted long after you finish the books. Add these to your hold list now! 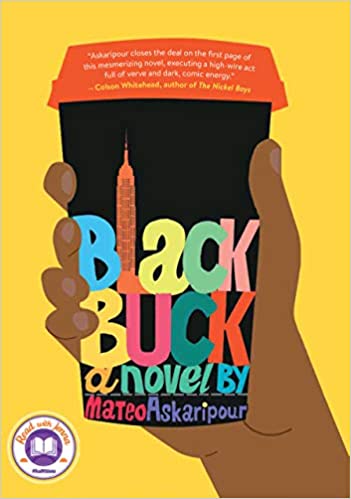 This is a crackling, satirical debut novel about a young black man who accidentally impresses a CEO while serving his Starbucks order. Darren now has a shot at stardom as the lone black salesman at an eccentric, mysterious and wildly successful startup.

“Black Buck is a madcap look at compromises Black people make while trying to get ahead. When are you code-switching, and when is the code switching you? Mateo Askaripour didn’t write a novel, he crafted a business book forged in the abyss as it stares back. It’s a world that looks an awful lot like the hell we’re in.” —Rion Amilcar Scott, author of The World Doesn’t Require You

“Black Buck is funny, sharp and carried by a voice that is entirely its own. This debut is ambitious and Askaripour’s daring pays off beautifully.”—Nana Kwame Adjei-Brenyah, author of Friday Black

2. The Liar’s Dictionary by Eley Williams 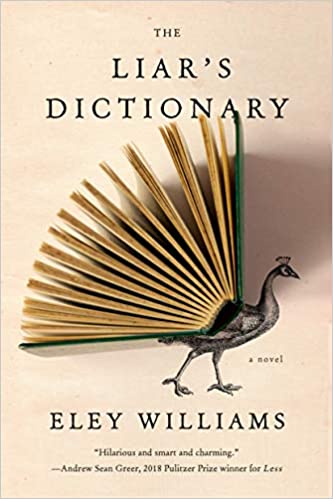 Mountweazel n. the phenomenon of false entries within dictionaries and works of reference. Often used as a safeguard against copyright infringement.

Victorian lexicographer Peter Winceworth is working on the Encyclopaedic Dictionary. His disaffection compels him to insert unauthorized fictitious entries into the dictionary. It’s his attempt to assert some sense of individual purpose and artistic freedom.

In the present day, Mallory, a young publishing intern is tasked with uncovering these mountweazels before the work is digitized. She is also receiving threatening phone calls from an anonymous caller. Is the change in the definition of marriage really that upsetting? And does the caller really intend for the Swansby’s staff to “burn in hell”?

As these two narratives combine, both Winceworth and Mallory discover how they might negotiate the complexities of the often nonsensical, relentless, untrustworthy, hoax-strewn and undefinable path of life.

“An imaginative, funny, intriguing novel… Williams has created a supremely entertaining and edifying meditation on how language records and reflects how we see the world, and what we wish it could be.” —BookPage

3. The Last Exit by Michael Kaufman 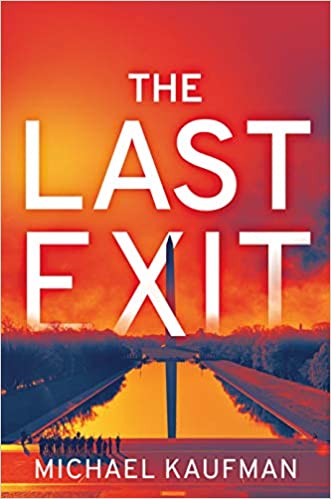 In the near future unemployment is high, climate change has hit hard and fires are burning. Only the very rich have access to a controversial longevity treatment.

Jen B. Lu, is a detective in Washington D.C.’s elder abuse unit. She’s following rumors about an illegal version of the longevity drug and an outbreak of people aging overnight then suddenly dying. Lu begins to look for links between the illegal drug and the deaths with her “partner” Chandler. He’s a SIM implant in her brain who’s her instant link to the internet and police records. Chandler’s also a tough guy with a sense of humor and his own ideas about solving crime.

4. The Lost Manuscript by Cathy Bonidan 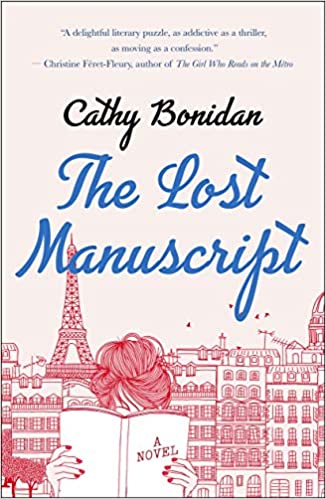 On vacation Anne-Lise Briard finds a manuscript in a drawer in her hotel room. She reads it and loves it! Halfway through the manuscript she finds an address she assumes to be the author’s. She writes to him. The author responds saying he lost the manuscript 30 years ago, but he only wrote the first half of the book.

Anne-Lise decides to solve the mystery of who wrote the second half. She tracks down everyone who has had the manuscript. Through letters with the people who have read it Anne-Lise discovers long-lost love stories and intimate secrets. Everyone’s lives are made better by this book.

“Told entirely in letters―and the occasional email―The Lost Manuscript celebrates the unique ability of books to unite strangers and to enrich lives. As charming as it is inventive, this clever novel is an absolute delight to read.”–Amy Meyerson, author of the internationally bestselling novel The Bookshop of Yesterdays

5. The Narrowboat Summer by Anne Youngson 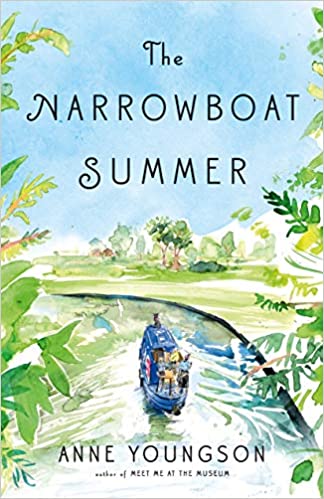 Eve left her 30-year career to become a free spirit. Sally waved goodbye to her indifferent husband and two grown-up children. Anastasia is a defiantly independent narrowboat-dweller who is suddenly landlocked and vulnerable.

Before they quite know what they’ve done, Sally and Eve agree to drive Anastasia’s narrowboat on a journey through the canals of England, as she awaits a life-saving operation. As they glide gently – and not so gently – through the countryside, the eccentricities and challenges of narrowboat life draw them together. A tender and unforgettable story unfolds. At summer’s end all three women must decide whether to return to the lives they left behind or forge a new path forward.

“Oddball characters, such as Billy the singing historian and Arthur the vagabond accountant, buoy the pleasant narrative. Youngson’s meditative story satisfies with its take on the joys of new friendship and the happiness that can be found in the mundane.” –Publishers Weekly