The seaweed was oily and tasted like fish. However, on many days it was seaweed or nothing for 6 year-old Stephanie and her siblings during they months they lived in their mother’s station wagon at a Montecito beach. It was during those feral hungry days on the beach, those cramped and chilly nights in the station wagon that Stephanie vowed she would never be like her mother. 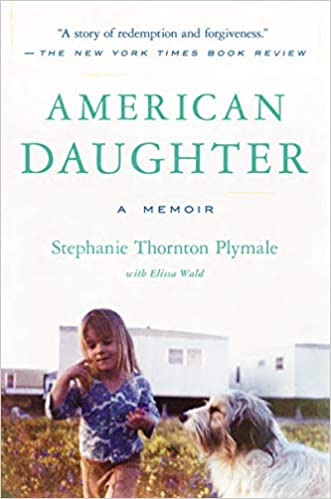 Pathological liar. Mentally ill. Delusions of grandeur. Neglectful. Cruel. This was how Stephanie viewed her mother Florence. Florence ran screaming naked in the streets claiming to be a descendent of George Washington. She was in and out of prison for assault and fraud. It was because of Florence her children were parceled out to abusive foster homes. Florence threatened to kill Stephanie and her children. No one could blame Stephanie for distancing herself from her demon-riddled mother.

Somehow Stephanie survived to become a successful interior designer with a loving, supportive husband, beautiful children and a lovely home. Life was so much better without her mother. However, when Florence called saying she was terminally ill Stephanie decided to resume the relationship. The shocking family secrets Florence finally revealed in the last year of her life forced Stephanie to reevaluate her troubled mother and her own dysfunctional childhood.

Readers of The Glass Castle, Educated and other emotionally-charged memoirs of redemption and forgiveness will find much to like in Stephanie Plymale’s American Daughter.