Joining us in the studio: Marian Rakestraw

Brush Up On Your Shakespeare!

Marian Rakestraw is a writer and longtime fan of the library who now lives in Liberty, Missouri. She has been a guest on the HUSH podcast before, on a You Made Me Read it episode for which she made Lissa and Miranda read The Graveyard Book by Neil Gaiman. The highlight of her Shakespearean life was seeing Kenneth Branagh as Henry V with the Royal Shakespeare Company.

Why choose this topic?

Many people get their first taste of Shakespeare when they read Romeo and Juliet in Freshman English. Because Shakespeare has a unique place in English language literature – being unchallenged as king – the influence of his plays has spread, and still spreads, all through everything else. To demonstrate Marian chose books from as many sections of the library as possible. This is by no means an exhaustive list, there are many more and new things come out all the time.

Thanks for listening! We love to hear from listeners.

Every three weeks join librarian hosts Thad Hartman, Lissa Staley and Miranda Ericsson with special guests from the library and community in a new episode of HUSH. 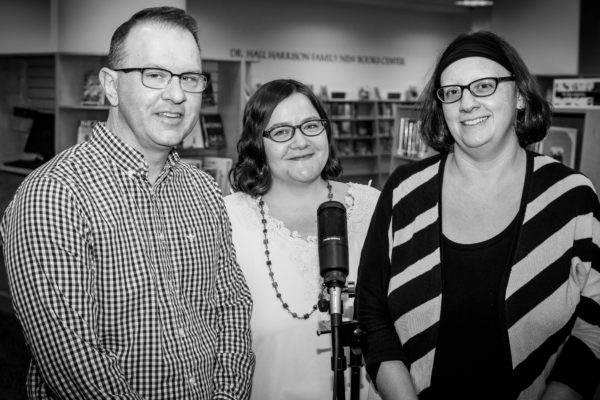