Choose psychological suspense, a memoir or both! Either way you’ll get some seriously disturbed mothers whose daughters aren’t going take it any more. 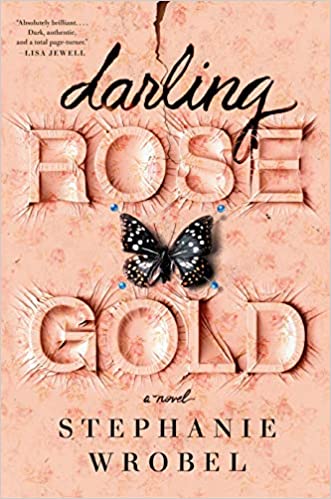 Not every girl would forgive her mother for poisoning her, but Rose Gold is no ordinary girl. Despite a childhood spent being sickened and starved by her mother, years of having her head shaved and her teeth rot from malnutrition, endless doctors’ visits and unnecessary procedures, Rose Gold is ready to start over. After five years in prison for aggravated child abuse, “Poisonous Patty” is being released and who but her darling daughter Rose Gold is there to meet her. Of course that doesn’t mean that Rose Gold doesn’t have a few surprises in store for her mother or that her mother doesn’t have a few of her own surprises.  Darling Rose Gold by Stephanie Wrobel is a deliciously diabolical tale of mothers, daughters and revenge.

Sickened: The True Story of a Lost Childhood
by Julie Gregory 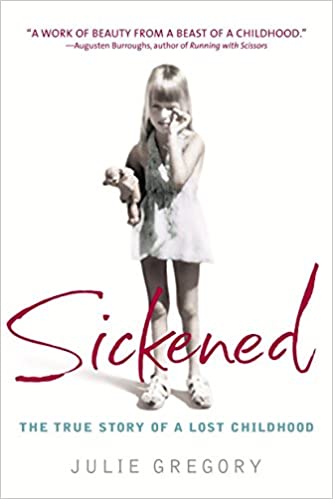 Poor Rose Gold is a fictional character, but Munchausen Syndrome by Proxy is a real disorder with real victims. In her memoir Sickened, Julie Gregory relates how “we have got to get to the bottom of this, Sis!” was her mother’s constant refrain. Convinced that Julie’s heart palpitations, headaches, weakness and pallor were signs of a serious health condition, Sandy would not stop dragging Julie to doctors until someone took the young girl’s symptoms as seriously as she did. On their endless trips to see yet another doctor (school was deemed secondary to “getting to the bottom of it”), Sandy would exhort her daughter to look sick and coached her on the right words to use to describe her symptoms. Someone was truly sick in the Gregory household, someone was truly suffering from a verifiable psychiatric condition, but it most definitely was not Julie.