Last month we lost jazz pianist Armando “Chick” Corea to cancer at age 79. Corea was best known for his adventurous and genre-expanding playing. He gained his biggest notoriety playing for Miles Davis’s electric band. Undoubtedly, anyone who had the chops to play with Davis was going to become jazz royalty.

However, Corea was different from his predecessors. Besides piano he also played electric keyboards. Jazz fans and critics at the time were skeptical of the shift to electric music, much like Bob Dylan and the folk music scene. But Corea proved his bona fides during six decades in music. To be sure, he influenced generations of musicians and led many bands himself.

Throughout his career he always struck a balance between acoustic and electric, traditional and futuristic, reality and fantasy. I’ve picked three of his albums that shine a light on different aspects of his sound. Any of them are a good place to start, whether you’re new to Chick Corea or to jazz altogether! 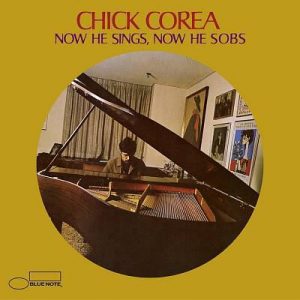 Corea’s first album sounds as fresh today as it did 50 years ago. To start it’s only a trio – piano, upright bass and drums. The album is only 5 songs long, but each song is given room to breathe and expand, with only the spooky closer clocking in under six minutes. Sometimes, a song unfurls with enough energy to make your head spin. Other times, it will slow to a simmer, allowing each musician to solo before bringing things back to a boil.

The musicians are creatively locked together. Despite their virtuosity, they’re never cold or technical. There’s always a heartfelt emotional core to the improvisation. On the CD version there are eight bonus tracks including an extra 30 minutes of music recorded at the time. Here Corea laid down the blueprint for much of what was to come throughout his career. 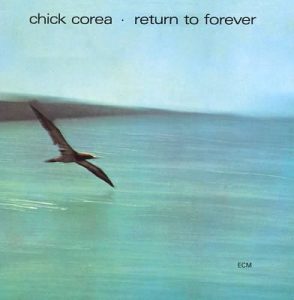 This album was the birth of what became Corea’s group called Return to Forever. Some of the players on this record played with him through recent years. This album marks the start of the jazz fusion genre that blended elements from progressive rock. For instance, a variety of electrical instruments, long compositions and concept albums with fantasy themes. But we’re not there yet!

Return to Forever remains accessible and rewarding every time you listen. Its four songs are arranged into two light, airy tunes bookended by two epic compositions. I like to think of it as a peaceful valley flanked by two mountains. In fact, albums like this often work best if you let your mind paint a picture while you listen. Drummer Airto Moreira and singer Flora Purim give the album a tropicalia feel. The final song “La Fiesta” introduces clear Latin themes that lead right to the next album. 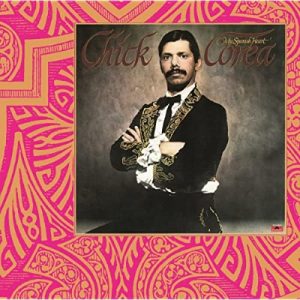 While Corea was of Italian ancestry, he paid homage to Latin and Hispanic influences throughout his career. Never more so than on this album. As hinted by the final song’s title “Spanish Fantasy,” this recording pays full tribute to the Afro-Cuban rhythms his music embraced. You also hear sounds of Flamenco guitar, mariachi horns, samba, rhumba and bolero styles.

By this point he used a wide variety of electric organs and synthesizers. While some may hear these as dated, I think they add to the fun, adventurous sound of an album that doesn’t take itself too seriously.

Corea left a rich legacy, leaving no musical stone unturned. I’ve enjoyed rediscovering his beautiful fusion of classical and avant-garde ivory tickling. I hope I’ve inspired you to check Chick out. Give him a listen on hoopla or check out one of his CDs.