Check out this intriguing list of the best new books. These five picks include a thrilling tale of spies and blood diamonds, two stories with quirky characters who have been compared to Eleanor Oliphant, a historical mystery with a supernatural twist and a historical novel based on a real-life heroine.

1. The Russian Pink by Matthew Hart 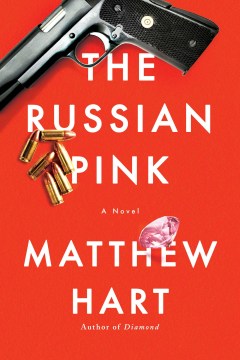 Turner begins a complicated investigation into where the Russian Pink has been and how it ended up on the road to the White House. Legal and illegal tactics, a Russian double agent, secrecy and deception are all part of this thriller.

“The Russian Pink is a deft, fast-paced thriller that shines its light on a fascinating and dangerous world few of us know about: diamonds and how they get from dinosaur days to glistening around beautiful necks and promised fingers. Matthew Hart creates a saga that hurtles through mind-snapping twists at breakneck speed, with killers, con men, cops, and billionaires, all seeking to control a giant, ultra-rare pink diamond. If you want to know the real story that such treasures tell, this is the novel for you.” – James Grady, New York Times bestselling author of Six Days of the Condor 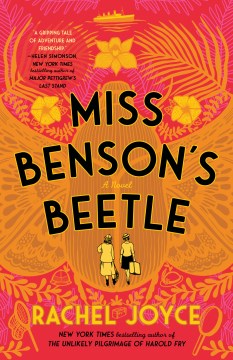 It is 1950. London is still reeling from World War II, and Margery Benson, a schoolteacher and spinster, is trying to get through life, surviving on scraps. One day, she reaches her breaking point, abandoning her job and small existence to set out on an expedition to the other side of the world. She’s in search of her childhood obsession: an insect that may or may not exist—the golden beetle of New Caledonia.

When Margery advertises for an assistant to accompany her, the woman she ends up with is the last person she had in mind. Fun-loving Enid Pretty in her tight-fitting pink suit and pom-pom sandals seems to attract trouble wherever she goes. But together these two British women find themselves drawn into a cross-ocean adventure that exceeds all expectations and delivers something neither of them expected to find: the transformative power of friendship.

“For Eleanor Oliphant fans, Miss Benson’s Beetle is pure gold—full of complex, memorable women, plot twists, and a deft balance of hilarity and emotion, it’s a book you’ll stay up late to finish.”—J. Ryan Stradal, author of The Lager Queen of Minnesota

3. Agatha Arch is Afraid of Everything by Kristin Bair 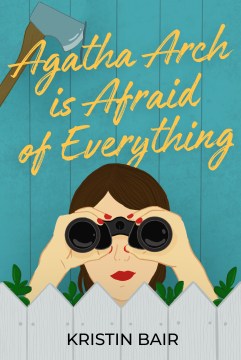 Agatha Arch’s life falls apart when she catches her husband in a compromising position with the local dog walker. Suddenly, she’s face to face with the long list of things that frighten her.

Agatha’s a mystery to nearly everyone in her New England town. To her husband, she’s a saucy, no-B.S. writer. To her Facebook Moms group, she’s a provocateur. To her neighbor, she’s a standoffish pain in the butt. To her sons, she’s chocolate pudding with marshmallows. And to her shrink, she’s a bundle of nerves on the brink of a cataclysmic implosion.

Defying her abundant assortment of anxieties, Agatha dons her “spy pants”–a pair of khakis whose many pockets she crams with binoculars, fishing line, scissors, flashlight, a Leatherman Super Tool 300 EOD, candy, and other espionage essentials–and sets out to spy on her husband and the dog walker. Along the way, she finds another intriguing target to follow – a mysterious young woman who’s panhandling on the busiest street in town.

With the help of her Bear Grylls bobblehead, a trio of goats, and a dog named Balderdash, Agatha may just find the courage to build a better life.

“A modern moms’-group morality tale with heart to spare, Agatha Arch is Afraid of Everything is charming, witty, wry, and just wicked enough for any reader to love.” —Sophie Littlefield, National Bestselling Author of That’s What Frenemies Are For

4. The Silver Shooter by Erin Lindsey 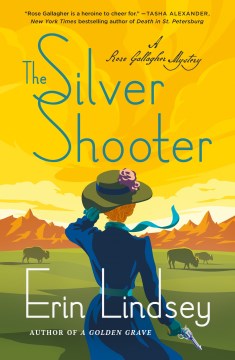 It’s spring 1887 and Rose Gallagher is making a name for herself as a Pinkerton agent with a specialty in things otherworldly. She and her partner Thomas are working together better than ever. They are mostly managing to push aside romantic feelings for one another.

Things are almost too good to be true. Then Theodore Roosevelt hires them for a mysterious job out west. Roosevelt convinced something supernatural is afoot after a series of strange occurrences in the Badlands surrounding his ranch. At first livestock were discovered torn apart by something monstrously powerful. Now people are dying, too.

Tensions are mounting and the body count rising. It’s up to Rose and Thomas to get to the bottom of this. They’re against the clock and an unknown enemy, and the west will prove wilder than they could possibly imagine.

“Strong world building, a spunky heroine, and enough shoot-’em-up action for a dime novel. More than mere window dressing, the Wild West setting, away from the expectations of proper society, leads to new character layers and shifting relationships.”–Booklist 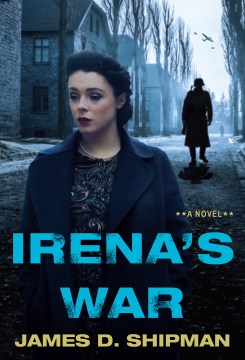 Based on the gripping true story of an unlikely Polish resistance fighter who helped save thousands of Jewish children from the Warsaw ghetto during World War II, Irena’s War is a heart-pounding novel of courage in action, helmed by an extraordinary and unforgettable protagonist.

September 1939: The conquering Nazis swarm through Warsaw as social worker Irena Sendler watches in dread from her apartment window. Dragged from her home, Irena is brought before a Gestapo agent, Klaus Rein. He offers her a position running the city’s soup kitchens to maintain the illusion of order. Though loath to be working under the Germans, Irena learns there are ways to defy her new employer. She begins forging documents so Jewish families receive food intended for Aryans. As Irena grows bolder, her interactions with Klaus become more fraught and perilous.

Once Warsaw’s half-million Jews are confined to the ghetto, Irena realizes that providing food is no longer enough. Recruited by the underground Polish resistance organization Zegota, she carries out an audacious scheme to rescue Jewish children. One by one, Irena smuggles out children in baskets and garbage carts, or through dank sewers. Every success raises Klaus’s ire. Determined to quell the uprising, he draws Irena into a cat-and-mouse game that will test her in every way. The slightest misstep could mean not just her own death, but the slaughter of innocents.

You can learn more about Irena Sendler at the Lowell Milken Center for Unsung Heroes website and at their Hall of Unsung Heroes museum in Fort Scott, Kansas.

“Shipman dazzles in this historical tour-de-force based on the real-life story of WWII Polish resistance fighter Irena Sendler. … The author’s impeccable research, gripping prose, and pitch-perfect pacing bring an immediacy to the atrocities wreaked on Jews and other ‘undesirables.’ Shipman’s humbling, spellbinding tale is a standout among recent works of Holocaust fiction.” —Publishers Weekly starred review