Look around folks, we’ve unbelievably made another full trip around our star.

Congrats! You made it to a fresh new year.

2017 was a year that didn’t pull any punches. It hit us with everything it had. As I spent the year writing about beloved music for you all, I kept being reminded of the high-octane undaunted power that music holds for us. It comforts. It strengthens. It freely gives endless repeating amounts of joy with each listen.

So before we put last year firmly in the rear view, I wanted to glance back one more time at 3 albums from ’17 that impacted me in a positive way. In the spirit of a new year’s fresh hope and optimism, I can’t think of a better ending/beginning than pulling the last bit of good from the old and holding it up high as we venture into the new:

John Cusack/Say Anything style! Boomboxes up!

“I’m just a speck sitting up on the grass
Looking out at the world wondering if it can last
I keep a hope, hope, hoping…” – “Hope In My Head” 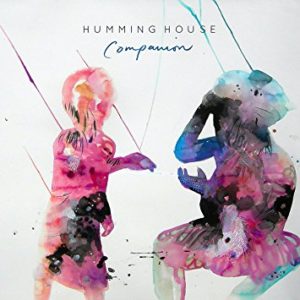 Once in a great while you come across a “Millisecond Song.” The audio has barely escaped out of the speakers and you can immediately sense it:

If it serendipitously happens to be a track 1 on a brand new album then it’s infinitely more exciting… because just maybe, if the magic can hold out for 10-12 songs, you’ve found a new kindred spirit.

Such was the case as I proverbially put the needle to the groove on Humming House’s Companion. A 3-part-harmony-army of voices ring out into the soundless void acapella-style and declare boldly and unabashedly: “I wanna be your companion! Yeah!” Ten seconds later the band comes up to flank them with a thumping bass line and methinks: “Yep, this one’s gonna do it for me.”

Humming House’s previous album Revelries held a lot of promise and put them on my radar. They have an interesting mesh of genres that keeps them from being too easily pinned down. You think pop-rock or indie folk but then they will throw a mandolin/violin combo at you and you have to reevaluate. I dig a band who firmly knows who they are but can still keep the listener guessing.

Companion is an album of pure positivity. Luckily it’s not the over-the-top kind of annoying positivity. (We all know that one person who is just TOO positive). No, Humming House has a contagious kind of joy and optimism. You feel good while they bounce ’round the room in “Takin’ Over” or while they head out into the pines for some peace of mind in “Sign Me Up.” Even in it’s darkest contemplative moments there is a glowing thread of unrelenting hope that winds through the tracks of Companion.

And man, unrelenting hope is a much needed, perfect theme for the onset of a new year.

Give this one 10 seconds and let Humming House win you over in 2018. Money back guarantee if you don’t like it! *Rimshot* (Library joke, folks… cause… uh… you see… it’s free… to check out). 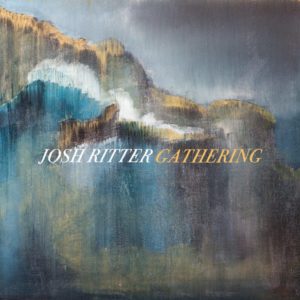 It’s dang near criminal that I have reviewed 36 albums for this series and not a single solitary one of them has had “Josh Ritter” on the front of it.

Seriously, break out the tar and feathers. I deserve it.

Josh Ritter’s music is in my bone marrow. Some artist’s songs feel more like heartbeats. So elaborately interwoven into your own life experiences that there aren’t proper words to describe the relationship.

I’ve followed along with Josh’s words and sounds for 13 years now and never have I been more proud of him then when I first heard the storm-laced sounds of Gathering. Josh Ritter is an artist who refuses to plateau. Each new album finds him reaching higher and making better art.

So, Gathering is a one of America’s greatest living songwriters at the peak of his game. Woah! That sounds serious and I mean every darn word of it. He’s the real deal.

Josh is an old soul. He doesn’t write songs he spins yarns. He rolls like a tumbleweed through forgotten times and spaces. He puts on a new hat every song, sometimes he’s the villain sometimes the hero. He is the best-spitfire-rapid-delivery-songwriter out there and he turns words and phrases that no one else would ever think to put into song. (Find me another songwriter sneaking in stuff like: “I took off south like the beat of a bat wing,” “I’m the favorite of babies and society mavens,” “nasturtiums,” and “wisdom Solomonic”).

Gah! I could go on and on about what makes Josh Ritter a unique gem of a songwriter but I’ll leave it be and just add that Gathering also makes a really fantastic new year companion:

When you grapple with keeping resolutions, songs like “When Will I Be Changed” and “Train Go By” will be a comfort.

When you think about leaving the past in the past, songs like “Friendamine” and “Cry Softly” will help you let go.

When you laugh at all the absurd and interesting people that cross your path each day, songs like “Showboat” and “Oh Lord, Pt. 3” will curl your lip upward.

When you forget how much love is all around us, songs like “Feels Like Lightning” and “Strangers” will fill your heart.

When you think about old endings and new beginnings the chorus from “Thunderbolt’s Goodnight” could not be more appropriate:

“All my life before I met you when I was trying hard in love
I thought the sun was going down, but the sun was comin’ up.” 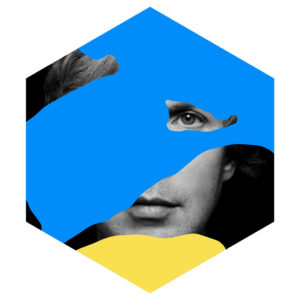 By far, the most disappointing musical moment of my 2017 involved Beck. However, it had nothing to do with the infectious, dancable, celebratory album Colors that he released this year. (More on that later after I share my epic sob story).

I had heard that U2 was touring on the 30th anniversary of their iconic Joshua Tree album and they would be stopping at Arrowhead Stadium in September. No doubt this would be a spectacular concert. It’s U2. It’s the Joshua Tree. No Brainer.

Still, I was on the Edge (Pun intended – ZING!).  I saw U2 back in the early oughts and it was a magical concert experience. The past decade has pulled me away from fervent fan status with the Dublin rockers. I still gots U2 love, but it’s gravity has lessened.

Then Beck slipped into the opening slot on the Arrowhead ticket.

Beck has been on my mental-concert-bucket-list for a long while, so coupling him up with the closest I’ll ever come to a late 1980s U2 concert pushed me several light years over the fence. I’m all in! My wife and I grabbed up some nosebleed tickets, invited some good friends and anxiously anticipated an arena-filled evening of audio awesomeness.

Then a whole bunch of anti-awesome things happened.

It was a facepunch to the gut of my heart. I understand those words don’t make sense when placed together, but just let me feel my feelings!

Of course, U2 put on a great show. The night still ended up being pretty good. (Despite the fact that seated directly in front of us was the only guy for miles who felt it necessary to stand and sit 5-10 times throughout the course of every song).

Beck was kind enough to leave me with a great album to soothe the sadness of my botched concert attempt.

Colors is a sharp departure from 2014’s Morning Phase. Beck lets it all loose in a flurry of foot tapping ear worms. He keeps his wonderful quirkiness fully intact while simultaneously putting out one of his most accessible albums.

Two random bits I must mention:

I’ll keep a Beck concert on the bucket list and for a while I’ll keep Colors in heavy rotation. It’s got the spirit of a New Year’s Eve celebration and that’s the kind of thing that fades too quickly as life keeps rolling on.

Happy 2018 audiophiles! I wish you all health, happiness and many great new tunes in the year ahead!

Want to start with some of Kyle’s past picks? Great idea!

Kyle is a former library employee. He was and probably still is up to his ears in music. His interests include songwriting, mixtape making, life-hacking, and being a good dad.