Follow the lives of women who are keeping secrets, confronting challenges and solving mysteries in September new releases. You might be rooting for them or disagree with their choices, but you’ll definitely be eager to see where the story takes them.

1. The Secrets We Kept by Lara Prescott 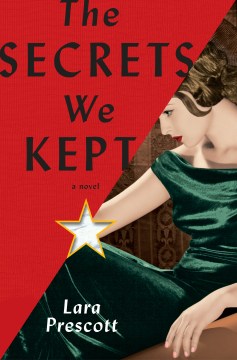 Dive into a thrilling tale of secretaries turned spies, of love and duty, and of sacrifice. This book is inspired by the true story of the CIA plot to infiltrate the hearts and minds of Soviet Russia with the greatest love story of the twentieth century: Doctor Zhivago.

Prescott’s exciting debut offers a fresh perspective on women employed by the CIA during the 1950s and their role in distributing copies of Doctor Zhivago into the Soviet Union. The Secrets We Kept shines as a smart, spy story with historical romance as a twist.

“The Secrets We Kept is simply sensational. Two gripping narratives unfold in the pressure cooker of the Cold War: passionate, courageous Olga who stands in the shadow of Soviet author Boris Pasternak yet inspires him to write a heroine for the ages, and the cynical, equally-overshadowed women of the CIA who help bring Pasternak’s masterpiece Dr. Zhivago to bear as a weapon against Soviet oppression. From the gulags of the USSR to the cherry blossom trees of Washington DC, the story grips and refuses to let go. Lara Prescott is a star in the making.” —Kate Quinn, New York Times Bestselling author of The Huntress and The Alice Network 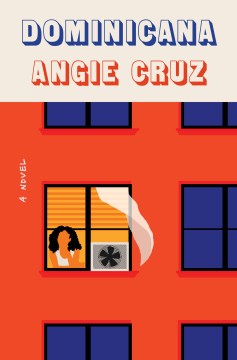 The overpowering demands and expectations of family dominate and steer this book though the Dominican countryside to the streets of New York City. Fifteen-year-old Ana Cancion never dreamed of moving to America from her home in the Dominican Republic. When Juan Ruiz who is twice her age proposes to her, she has to say yes. It’s an opportunity for her close-knit family to immigrate.

Ana leaves everything and everyone she knows behind to join Juan in a loveless marriage and move to New York. She is miserable confined to a small apartment in Washington Heights and plots her move to escape and return home. Juan’s younger, free-spirited brother Cesar becomes an integral part of Ana’s life and she discovers a world she had only dreamed of in America.

“Dominicana is a book that grabs you, that moves both quickly and deeply, as it explores how our very personal desires and destinies are shaped by forces of culture, politics, economics, language, migration. The kind of book I am always longing to read: a sexy book that is also meaningful. I couldn’t put it down.” ―Justin Torres, author of We the Animals

3. The Grammarians by Cathleen Schine 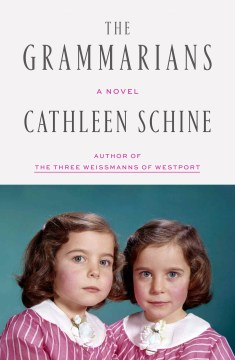 Two identical twin sisters share of love of words and language and like most twins, they develop their own language for communicating with each other. As adults, their love for language continues but on different paths. Daphne becomes a copy editor and grammar columnists who wants to preserve the English language with dignity and elegance. Laurel writes poetry and is drawn to the fluidity of the spoken word. The girls struggle with each other and their beliefs. The sisters end up fighting a war over the custody of the most prized family possession, Merriam Webster’s New International Dictionary, Second Edition.

“This is an utterly charming book, and yet more than that. It is a book of real people and their relationship – both to language and to each other. Fresh as a white sheet of paper, it is clean and lovely; an absolutely delightful read.” ―Elizabeth Strout, Pulitzer Prize–winning author

4. Word to the Wise by Jenn McKinlay 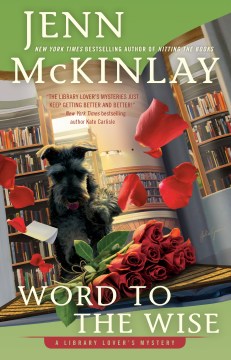 This is Jenn McKinlay’s 10th Library Lover’s mystery. Librarian Lindsey Norris is getting ready for her upcoming wedding to her longtime love to Mike “Sully” Sullivan. A new library patron, Aaron Grady, begins to stalk Lindsey and puts everyone, particularly Sully, on edge. Then Grady is found dead outside the library and Lindsey and Sully are determined to clear Sully’s name in the investigation. The real killer has other plans for Lindsey and the suspense builds to a riveting conclusion.

“In Word to the Wise, Jenn McKinlay mingles an appealing protagonist, small-town politics, and the terror of a stalker with the joys of true love and a library. A master class in the cozy mystery!”—Lucy Burdette, national best-selling author of A Deadly Feast

5. What Rose Forgot by Nevada Barr 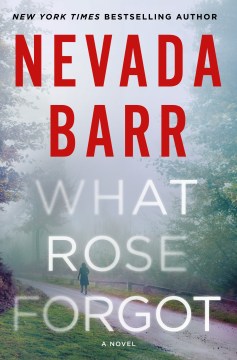 In New York Times bestselling author Nevada Barr’s gripping novel, a grandmother emerges from a mental fog to find she’s trapped in her own worst nightmare.

Rose Dennis, the 68-year-old painter wakes in the Charlotte, North Carolina, woods with no idea of how she got there. After being captured and tranquilized, she regains consciousness cuffed to a bed in a nursing home. Rose is fairly certain she is not demented, but she needs help from her 13-year-old granddaughter, Mel, to prove it. She plots her escape from the nursing home, then gathers her strength to fight back and take control of her own life. However, someone out there is still determined to kill Rose.

“Fans who love Barr will devour this book, and readers who don’t want to begin a multivolume journey with one character will delight in this new stand-alone title.” ―Library Journal (starred review)