Late night talk shows are an American staple. I always loved tuning into them growing up. They gave me a glimpse into a slightly more adult world than I was used to while still playing it safe enough for national networks.

Every year it seems there’s another article about whether the late night format is still relevant. In the age of TikTok and YouTube videos providing instant comedy bits, it’s a fair question. But I think it’s clear that part of what makes these shows work is the comfortable familiarity. In fact, they go out of their way to be old-fashioned with suits, big bands and a variety show of skits, stand-up and music. One of those aspects that just works is having a host, a co-host and a bandleader.

Besides guiding the music, the bandleader is often roped into the comedy by the host to play the straight-man. Sometimes the musician gets to indulge in some sketches themselves. That’s why it takes a strong personality to fill those shoes. I thought it would be fun to highlight some of the late night bandleaders, new and old, and share some of their music available at the library! 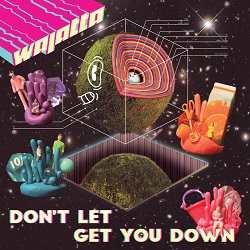 It was recently announced James Corden will be leaving the Late Late Show after eight years. Reggie Watts has served as the keyboardist and leader of the band, as well as the show’s announcer. I first discovered Watts via his online videos where his off-the-wall comedy blended with music, beatboxing and spoken word. His TED Talks and NPR Tiny Desk Concert have millions of views each. Part of what makes him so interesting to watch is how he records, loops and layers his own voice until he’s built a full song.

Watts has collaborated with Austrian DJ John Tejada on two albums as Wajatta (Watts+Tejada). I can’t stop listening to their eclectic mix of techno, deep house, funk and soul. Don’t Let Get You Down blends traditional electronic music with Watts’s comedic and improvisational songcraft. He’ll spontaneously talk about Marmite in one song and reminding us dancers to stay hydrated like a club announcer on another. Despite the cheekiness, it’s good, chill house music. 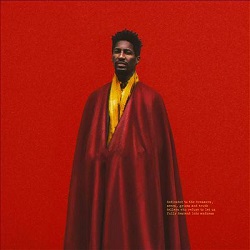 Jon Batiste and his band Stay Human have been a very front-and-center part of Colbert’s show since the start at CBS. The Louisiana native is known for his piano riffing to punch up a joke. Sometimes he has lengthy conversations with Colbert on air.

Batiste is a well-respected musician in his own right, serving as the music director for The Atlantic magazine and creative director of the National Jazz Museum in Harlem. He also extensively contributed to the soundtrack to Pixar’s Soul.

Most recently, Batiste’s album We Are won the 2022 Grammy Award for Album of the Year. The album is wide-reaching and uplifting, blending all of Batiste’s influences into an amazingly coherent statement. Building from the self-titled single recorded in support of the Black Lives Matter movement, the album expands those themes. From classical to hip-hop to ’60s soul (Mavis Staples has a recorded statement) to New Orleans jazz (Trombone Shorty shows up on “Boy Hood”), the album mixes old and new to create a moving work that sounds uniquely like this moment in time.

The Roots – The Tonight Show with Jimmy Fallon 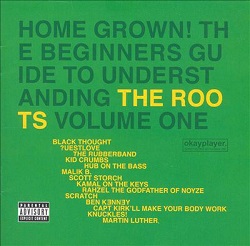 As Jimmy Fallon introduces them, “the legendary Roots crew” truly are elder statesmen of hip-hop. In fact, they’re distinct as one of the few rap groups that is an actual band. Rapper Tariq “Black Thought” Trotter and drummer Ahmir “Questlove” Thompson lead the Philly collective. It usually has about a dozen members making it one of the bigger bands in late night.

Since their start in 1994, The Roots have served as cultural ambassadors of rap. Their music is proudly afrocentric, with samples of Sly & The Family Stone, civil rights leaders and albums named after books by Chinua Achebe and Malcolm Gladwell. They collaborated with pianist John Legend for his album Wake Up!

Questlove has written several inquisitive books on topics ranging from music history to food to creativity. Most recently, he won the Oscar for directing the Best Documentary Feature Summer of Soul about the unsung 1969 Harlem Cultural Festival. 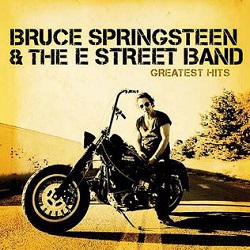 Late Night with Conan O’Brien is perhaps my most-watched of all these shows. This was also my introduction to New Jersey drummer Max Weinberg. Widely known as the drummer for Bruce Springsteen‘s E Street Band, Weinberg fronted Conan’s band for 17 years (1993 – 2010).

His rock band cred and classy jazz style, not to mention being Conan’s senior, made him a fun foil to the host’s goofiness. Often Weinberg would respond to Conan’s gibes with an intense, stone-faced stare to which Conan would tuck his tail. He stuck through the short-lived drama of Conan gaining and losing the Tonight Show. Eventually, Weinberg parted ways when Conan moved to TBS and handed the reins over to Jimmy Vivino. It was a mutually agreed on decision. Max returning to drop in on the new Conan show sometimes.

Similarly, Weinberg left Springsteen’s band at the start of the ’90s. That too was mutual and on good terms. In fact, it’s what gave him the chance to join Late Night. In recent years, Weinberg rejoined Springsteen for albums and live tours. His son Jay Weinberg is a drummer for the metal band Slipknot. Jay filled the creepy mask left by the band’s original drummer Joey Jordison after he tragically died last year at 46. 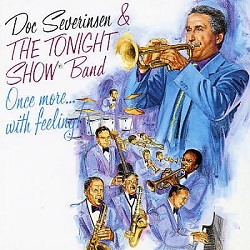 This iteration of The Tonight Show was before my time and I’ve only become familiar through reruns and clip shows. Despite that, I still know Doc Severinsen. The trumpeter’s distinct Los Angeles big band sound became inseparably linked with late-night talk shows. In fact, Doc’s involvement with the show predates Carson! Under original host Steve Allen, a young Severinsen played the end credits trumpet solo. He caught their attention partly due to his increasingly flashy fashion. Doc led the band from 1967 untill Carson left in 1992.

Severinsen is still alive and kicking at 94 years old. Amazingly, he even played a show with the U.S. Coast Guard at age 89. In recent years he’s released several live and studio albums with the Tonight Show Band and even a Christmas album.

Since COVID, many late night shows had to reformat, filming from home and holding interviews over Zoom. One element was often missing from the shows and its presence made a big difference: the live music. I think late night talk shows have stayed popular because the combination of comedy, music and winning personalities is comforting. They’re there when you need your spirits lifted midweek. Everyone has their favorite and one you don’t care for. Whether you watch religiously or just when you can’t get to sleep, these endearing talents become the background tunes to periods of our lives.