I love electronic music. In fact, I probably listen to more computer-created music that can broadly be called “electronic” than any other genre. I love that computers and synthesizers can give one person the ability to create full compositions – start to finish every sound on the album. Unless someone is a complete virtuoso like Prince and can play every instrument, that’s incredibly liberating! 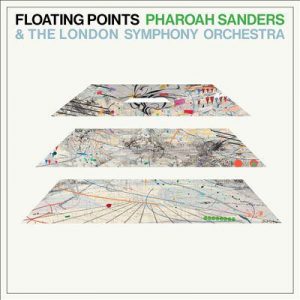 Seven simple notes – this album begins with a mesmerizing seven-note melody that continues through all nine movements of this composition. It changes in tone, frequency and intensity. But it also acts as a musical anchor, a mantra repeated throughout that keeps us centered. The rest of the composition moves in every possible direction by the end, swirling between the three contributors. Floating Points is the alias of British DJ and multi-instrumentalist Sam Shepherd. Pharoah Sanders is a jazz legend, now in his 80s, who played sax alongside John Coltrane and pioneered a cosmic searching free jazz style. The London Symphony lends heft and gravity to the whole thing.

This beautiful piece moves through quiet, thoughtful phases and soaring, tragic heights. By the last few movements Sanders and the orchestra are left behind as the music becomes more abstract and otherworldly, transcending the journey that came before. Look for this one to appear on many “best albums of the year” lists. 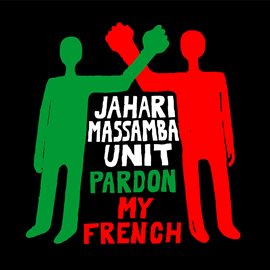 Otis Jackson Jr., better known as Madlib, is my favorite living hip-hop artist. Self-described as “DJ first, producer second and MC last,” Madlib is truly a jack of all trades. Not only does he sample and create beats for other artists, he’s a multi-instrumentalist who sometimes raps over his own music. Here, he scales things back here for an instrumental jazz album without any vocals.

Jahari Massamba Unit partners Madlib with Karriem Riggins who takes over percussion. Riggins uses just about every percussive gizmo and gadget imaginable. Included are marimbas, wobble boards, chimes and a variety of Brazilian instruments. The duo weave their way through genres like funk, tropicalia and soul that all keep a foot in ‘60s and ‘70s styles. It’s amazing how close this album sounds to Madlib’s DJed hip-hop albums but performed with live instrumentation.

Compare Pardon My French with Madlib’s most recent album Sound Ancestors and you can hear just how similar. Sound Ancestors received similar acclaim, is instrumental and has Madlib partnering with one other musician. In this case it’s the British electronic musician Four Tet who lends his rich, crisp sound to Madlib’s dusty, warm beats. However, the difference in this album is the electronic sampling instead of live instruments. With this in mind, listen to the two back-to-back to hear two sides of the same musical coin. 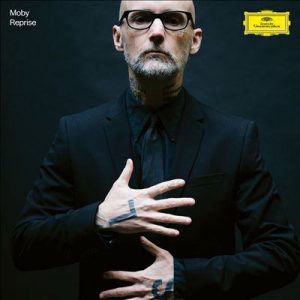 Moby is one of the best known American electronic musicians. Chances are you’ve heard his songs even if you didn’t realize it. That’s because his music has been used in commercials, films and TV for decades. In this album he goes back to some of his best known songs to re-record them with an orchestra or acoustically. Usually this symphonic approach gives artists a good opportunity to do something more interesting than a greatest hits. In the past it worked well for Sting, Metallica and Peter Gabriel. Moby’s redux versions made it onto the Deutsche Grammaphon label, the classical music authority.

All of the songs are denoted with (Reprise) and they truly sound like they could be the reprise versions of the originals. Some songs like “God Moving Over the Face of the Waters” are faithful recreations of the inspiring original but with live strings and piano. Others shift the tone and texture of the songs substantially such as “Extreme Ways” (the theme to the Bourne films). Moby lends his fragile vocals where they’ve always been. He also brings along guests like Gregory Porter, Kris Kristofferson and Jim James (of My Morning Jacket) who add something new to familiar favorites.

It’s always interesting to hear musicians branch out into new areas. Especially when it’s completely different instrumentation than normal. These albums pair well with the more electronic ones that came before, if only to compare the artists’ sounds. Like so much of what I love about the genre, these albums reward both close and background listening. They’ll reveal a little more with each listen.