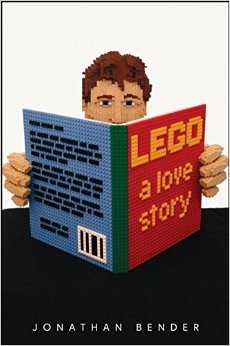 Retired after 50 years as a college professor. Two of his books, “Spatzies and Brass BBs,” and “Ducks across the Moon,” were selected as two of the “150 Best Books of Kansas,” as part of the Kansas 150 year celebration (1861-2011). Since then, he co-authored a novel ,”Hidden Gold: Lost Treasure of the Flint Hills.” Then, in late October, 2014 released a third book following the theme of “Spatzies” and “Ducks” of his growing up in the Flint Hills during the Depression and World War II. This title is “Spirit of the Flint HIlls.” Dr. Ohm earned his BS and MS in Mathematics and Physics at Emporia State University and his doctorate in Physics at the University of Wyoming. 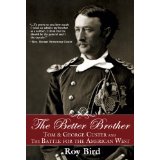 Roy Bird has been a writer since publishing his first article in college. He published his 18th book, IN GOD WE TRUSTED: PIONEER STORIES FROM KANSAS, in 2014. His books include scholarly and popular history, photo books, and children’s books. He has also been a professional librarian and taught composition at Washburn University and as an adjunct at three other colleges. In addition to writing, he teaches for KU’s Osher Institute and is on the Kansas Humanities Council Speakers Bureau. 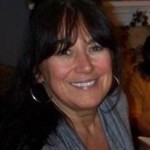 Deb is the resident historian at Historic Topeka Cemetery and is co-host of the weekly TV show Around Kansas. Her co-host, Frank Chaffin, is a long-time radio personality and is a partner in the internet reincarnation of WREN. He counts among his friends Randy Sparks, of the New Christy Minstrels, who wrote and performed the theme song for Around Kansas. Deb has appeared in numerous documentaries including the recently released Road to Valhalla and the Gunslingers on the American Heroes Channel. Despite its sparse population, Kansas is well represented in the annals of music history. Join Deb Bisel in celebrating this lyrical legacy, from “Home on the Range” to “Dust in the Wind” and beyond. 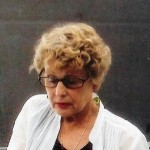 Loretta F. Ross stalks holiness. Her poetry, dramas, and essays are widely published. In Letters from the Holy Ground – Seeing God Where You Are (Sheed & Ward), Loretta writes that “we are all platforms for the dancing God.” A chapter from her forthcoming book, What Is Deep as Love Is Deep – a Memoir of a Praying Life, will be published in the Iowa regional literary journal, The Wapsipinicon Almanac this month. She has published Holy Ground, a quarterly reflection on the contemplative life for over 25 years. A postmodern hermit mystic and caretaker of souls, Loretta lives with her black lab, Elijah. They believe in dancing before breakfast and getting the giggles every day. 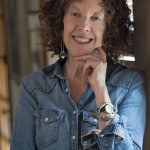 Psychologist Harriet Lerner is the author of the New York Times bestseller, THE DANCE OF ANGER and many other books. She and her husband Steve raised their sons, Matt and Ben, in Topeka where she served as a staff psychologist at Menninger for several decades. Harriet currently lives and works in Lawrence. THE DANCE OF ANGER has sold over 3 million copies, and has helped men and women navigate the swamps and quicksands of difficult relationships. 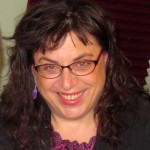 Caryn Mirriam-Goldberg, Ph.D., Kansas Poet Laureate Emeritus, is the author of 16 books, including a novel, a non-fiction book on the Holocaust, a bioregional memoir on cancer and community, and four poetry collections. Founder of Transformative Language Arts at Goddard College where she teaches, Mirriam-Goldberg also leads writing workshops widely, particularly for people living with serious illness and their caregivers. With singer Kelley Hunt, she co-leads writing and singing retreats. www.CarynMirriamGoldberg.com 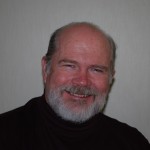 Brian Allen grew up in an American enclave on the banks of the famous Panama Canal. It was a socialist paradise of mangoes and maids surrounded by a military dictatorship. Written in an adult Tom Sawyer voice, this funny and poignant coming of age story, My Paradise Lost, will make you laugh and cry. A chapter author for the community novel, Superimposed. Author of My Paradise Lost, Misadventures to manhood in the Panama Canal Zone. Author of more than 24 magazine articles. Published in Washburn University’s literary journal, Inscape, and the Little Balkan Review. 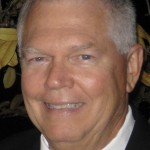 A Kansas author and historian specializing in WWII, Mr. Pritchett served in Vietnam with the Third Marine Division in 1968-69. He has visited many WWI and WWII Asian/European battlefields with veterans and local historians. He has written numerous articles and reviews, producing library and museum presentations at the Topeka Library, the Combat Air Museum in Topeka, The Shepard’s Center, Veterans organizations and local high schools. He recently returned from a two week study of WWI battle sites in Belgium, France and Luxembourg, visiting battlefields, museums and military cemeteries. Tad is on the Board of Directors for the Combat Air Museum and Kansas Veterans of the Battle of the Bulge.

Meet these great writers and more at Great Writers, Right Here–December 6, from 1-5pm, at your library!