We grew up in the summer.

The legs we kicked in the deep end of the parks ’n rec pool grew interminably longer. The sun tinted our hair and summoned hidden freckles. We discovered creek beds and lots we never knew existed, and the hair on our necks stood in revelation that the world was impossibly huge. Opportunities were myriad and our lives were books yet to be written. 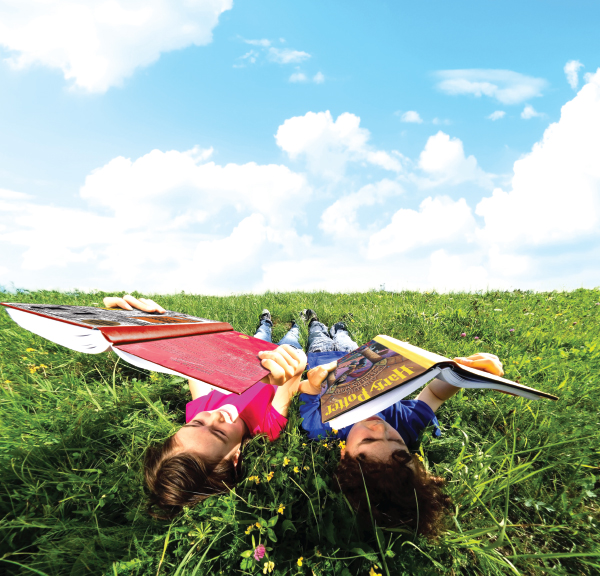 In the summer we didn’t just grow physically and emotionally. If we were lucky, we spent deliciously air-conditioned afternoons at the nearest library. We slipped into the skin of our imaginary friends, the protagonists of chapter books. We became the observant Harriet the Spy, the orphaned Boxcar Child, the awkward Harry Potter. And so we grew into readers.

We grew up. Now we’ve got our own dirty-kneed, school-aged kids to fend with in the summer and to watch in slight astonishment as they, too, grow faster than a dandelion patch. Put books in their hands and hearts this summer and watch them grow into lifelong readers. 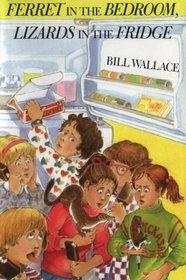 I was a kid in the 80s and 90s, and I started to really love reading around age 8. What did it for me was a book called Ferret in the Bedroom, Lizards in the Fridge. It was the first chapter book I actually chose for myself at the library. Looking back with the copious knowledge that comes from being a grown-up (not!), I can see that I loved it because the main character was weird and her family was weird and she was working through it. Just like me. I mean, my family wasn’t that weird. But when you’re about 8, you start to eye them suspiciously, like Who are you people?

After that, it was a blissful haze of book after book starting at Lizards in the Fridge and carrying on a path that was seemingly unending but actually ground to a temporary halt after I finished all the as-yet-published Stephen King / Dean Koontz books around age 15. After several years of general troublemaking and spotty reading, I discovered poetry in college and rediscovered the joy of losing yourself to good, entertaining contemporary fiction.

And now I work at a library, so hallelujah to that! And I have two kids of my own today. At 6 and 8, they’re starting to eye me suspiciously like Who are you, lady? It’s probably the way I dance when I cook or do impressions of people ordering Frappuccinos. All families are weird, but without books, I wouldn’t have known that.

Actually, it would take me all day to name the things I wouldn’t know without books. I’m so grateful I found them as a child. That’s where book-love starts. 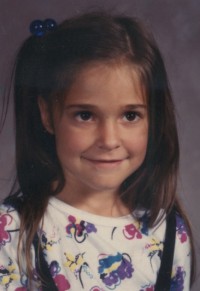 1989: Skirts with suspenders, squiggle patterns and those plastic ball hair-ties that knocked against your head when you ran, unsupervised, through the neighborhood until the streetlights came on. 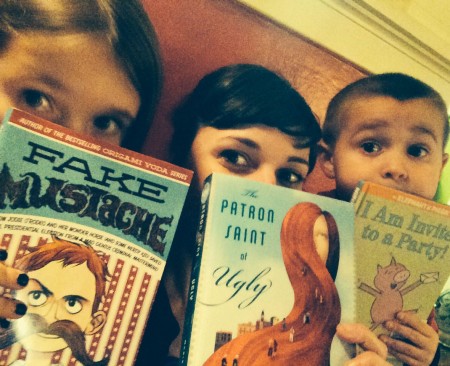 Me & kiddos. I can recommend the books on the left and right, but not the one in the center. I abandoned it after 3 chapters.

I asked some about-my-age coworkers what books they loved when they were kids. Their answers spiraled me into an afternoon seeped in that vein of nostalgia that makes you physically pained, the kind that makes you simultaneously happy but also mournful for a time gone forever.

Here are 5 of the highlights. Scroll all the way down & click to view hundreds of 80s-90s nostalgia books the library owns. 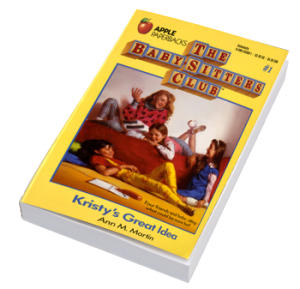 What I learned from Babysitters Club: Someday I might make real money. Money that didn’t filter through my parents’ hands. And with which I would buy many Butterfinger candy bars or maybe PB Maxes, my second fave. 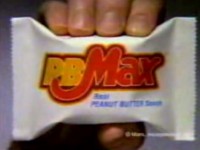 2. Harriet the Spy by Louise Fitzhugh 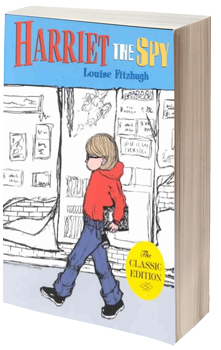 What I learned from Harriet the Spy: Grown-ups are flawed. Also, poverty exists.

3. Number the Stars by Lois Lowry 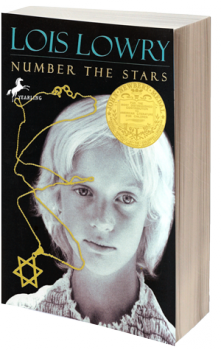 What I learned from Number the Stars: War and cruelty exist and so do racism/xenophobia/discrimination. And people who fight it are brave.

4. Bridge to Terabithia by Katherine Paterson 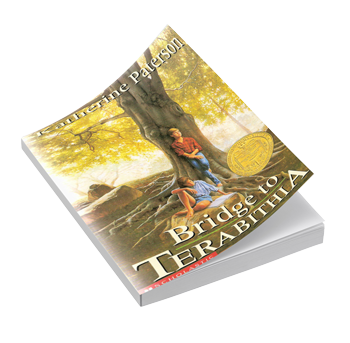 I put this book down and went straight to my mom to sob into her shoulder.

What I learned from Bridge to Terabithia: I can’t really tell you because it would spoil the ending. But let’s just say I was traumatized (in a good way). Oh, also: that other kids have crazy-active imaginations like mine was back then.

5. The Girl with the Silver Eyes by Willo Davis Roberts 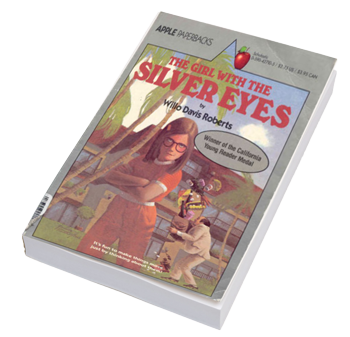 What I learned from The Girl with the Silver Eyes: Not much. But it was a pretty entertaining read. Entertaining because it gave a child power over adults. [We don’t have this one in our collection probably because people stopped reading it decades ago. Want it? You could suggest that we purchase it.]

See a list of all the books the other 80s & 90s kids-turned-library-staff cited as their favorites:

What were your favorite books as a kid?