Get wrapped up in these exciting new reads that explore the lengths some are willing to go for those they care about. In these October new releases, we see loyalties being tested in family, new and old friends, ex-lovers and even entire empires.

1. The Topeka School by Ben Lerner 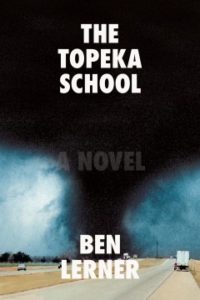 Follow the story of a family’s struggles and strengths through abuse, marital transgressions and raising a good son in a culture of toxic masculinity.

It’s the late 90s and the Gordon home is full of high achievers. Adam’s a high school senior, a renowned debater and a cool kid. His mother is a famous feminist writer struggling with the legacy of an abusive father. Adam’s father is a psychiatrist who specializes in getting “lost boys” to open up.

Adam befriends loner Darren Eberhear and helps him join the cool kids. However, Adam doesn’t know Darren is one of his father’s patients. The addition of Darren into the high school social scene has disastrous consequences.

“In Ben Lerner’s riveting third novel, Midwestern America in the late nineties becomes a powerful allegory of our troubled present. The Topeka School deftly explores how language not only reflects but is at the very center of our country’s most insidious crises. In prose both richly textured and many-voiced, we track the inner lives of one white family’s interconnected strengths and silences . . . This is Lerner’s most essential and provocative creation yet.”―Claudia Rankine, author of Citizen: An American Lyric

2. Empire of Lies by Raymond Khoury 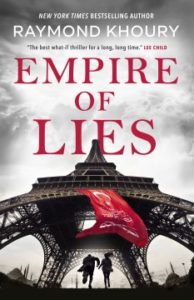 This thrilling historical novel explores alternate timelines in a way that is thought-provoking and mind-bending.

Instanbul, 1683: Mehmed IV, sultan of the Ottoman Empire prepares to lay siege to Vienna. Suddenly a mysterious visitor arrives in his bedroom, naked and covered in strange tattoos, to deliver a dangerous, world-changing message.

Paris, 2017: Europe has been part of the Ottoman Empire for 300 years. Violent attacks, surveillance and arrests have increased across the empire as rumors spread of an impending war with the Christian Republic of America. Kamal Arslan Agha, an officer in the sultan’s secret police, is questioning his orders.

When a mysterious stranger, naked and covered in strange tattoos, appears on the banks of the Seine, Kamla is called to investigate. Kamal, along with Nisreen, a fierce human rights lawyer, is caught up in a secret the Sultan will do anything to protect. A secret that could change their world or destroy it.

“The best what-if thriller for a long, long time―makes you think, makes you sweat, and makes you choose, between what is and what might have been.”―Lee Child, author of the Jack Reacher series.

3. The Giver of Stars by Jojo Moyes 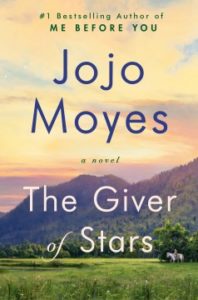 Dive into a breathtaking story of five extraordinary women and their remarkable journey through the mountains of Kentucky during the great depression.

Alice Wright marries handsome American, Bennett Van Cleve to escape her boring life in England. However, she finds life in  small-town Kentucky equally boring. Alice signs up to join a team of women to deliver books across Kentucky as part of Eleanor Roosevelt’s new traveling library.

Team leader Margery O’Hare is brash and self-confident. Alice and Margery are joined by three other independent women and they become known as the Horseback Librarians of Kentucky.

Powerful men in Baileyville oppose the library as it employs a black woman, influences women and children’s minds with fiction, encourages previously illiterate families to defend their rights against mining companies, and teaches women about intimacy through a secret copy of Married Love. Although the job is dangerous, the horseback librarians are committed to bringing books to people who have never had any and sharing the gift of learning.

“With characters so real they feel like dear friends and a compelling storyline, this is a beautiful, special novel. I loved it and didn’t want it to end!”  —Liane Moriarty, #1 New York Times bestselling author of Big Little Lies

4. Twice in a Blue Moon by Christina Lauren 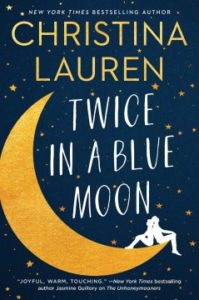 Discover a fresh take on the modern love story of love finding its way back to you.

Sam Brandis was Tate Jones’s first love and her first heartbreak. They fell in love during a two-week vacation abroad. They shared everything, hopes, dreams and deepest secrets. When Tate discovered her trust in Sam was misplaced, her world was shattered for good.

Fourteen years later, Tate is an up-and-coming actress. When she gets her first big break, she’s shocked to see Sam on the set. He’s the same charming and confident guy, but somehow even more alluring. Tate must confront the man who betrayed her. She begins to wonder if he did the wrong thing for the right reason.  Could “once in a lifetime” happen twice?

“The writing duo Christina Lauren have written another entertaining and moving romance, this time crafting a second-chance story about a couple whose intense, youthful holiday fling ends in heartbreak.”- Booklist

5. Nothing to See Here by Kevin Wilson 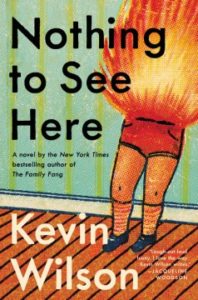 “When aimless, low-achieving 28-year-old Lillian Breaker receives a mysterious invitation from Madison Roberts, her former roommate at a prestigious high school, longtime correspondent, and now wife to a senator, she does not hesitate to travel to Franklin, Tenn. Madison offers her a job as a very discreet governess for the senator’s twin children from a prior marriage. Ten-year-olds Bessie and Roland sometimes burst into flames, and Madison is desperate to avoid a scandal upsetting the senator’s chances of becoming secretary of state.

Lillian accepts and, with begrudging help from Carl, the senator’s shadowy right-hand man, guides the children through coping mechanisms in the guest house on the family’s lavish estate while Madison and Senator Roberts remain icy toward them. Their progress is upended, though, when the senator’s prospects rapidly change and Lillian has to decide where her loyalties are.”- Publisher’s Weekly

“Weird, funny, but also unexpectedly moving… An affecting reflection on the blithe cruelty of the rich and what it means to be a good parent.” –Buzzfeed