They say old dogs aren’t keen on new tricks. They also say our brightest stars tend to live fast and die young. Recent history has painfully reminded us that the latter adage is far too often true.

BUT! Sometimes the greats just keep on keepin’ on. Like an Energizer Bunny with a record contract they continue bangin’ that proverbial (and literal) drum. Some old dogs even continue to do new things along the way.

The three artists-turned-legends featured this time ’round have racked up an impressive combined longevity up on the stage that clocks in just shy of 160 years. Egads! 160 years!

From the looks of it, these three seem to still be far from the finish line. 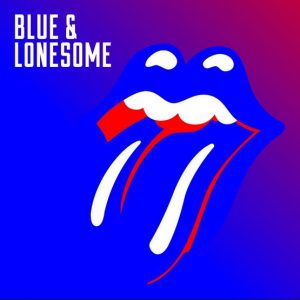 One famous question can effectively sort the entirety of rock music fandom. Beatles or Stones?

It’s a strangely revealing query that will get to the heart of what plucks your rock n’ roll strings. For me, the answer will always be the former. I’m #beatles4life. Surprise! You didn’t expect that in a Rolling Stones review did ya?

It’s virtually impossible not to concede that The Stones are THE quintessential rock n’ roll band. They embody it. While the Beatles burned phosphorous bright and quickly imploded, the Stones managed to keep their musical spark glowing through six long decades. I’m firmly in the Beatles camp, but that doesn’t mean I don’t have some mad love for the Stones.

It’s exciting to see that infamous tongue (turned blue) on something new — their first studio outing since 2005’s A Bigger Bang. It’s also their first album of 100% cover songs with tracks pulled straight from memory lane as they tear through the old blues catalog that first drew them together as a band.

And it clicks really well.

Blues is one of those genres that prerequisites life experience as fuel to thrive. Remember back in the 90’s when there was that string of way-too-young teenage blues prodigies? Kenny Wayne Shepard, Jonny Lang and their ilk were always such a musically disorienting phenomenon to me because those guys had the guitar chops to SOUND like the blues but they didn’t have the years behind them to really FEEL like the blues.

It’s probably similar here. A 1962 Rolling Stones show was probably a blast and loaded with kinetic, youthful energy. However, I’m willing to wager that we got a better blues album by waiting 60 years.

I mean, imagine an 18-year-old Mick Jagger delivering the aforementioned deadly java line from “Commit A Crime.” I would be more than a little skeptical: “C’mon chap, you prolly still live with your mummy! Is she serving you killer coffee? Time to find a new flatmate, bloke!” (<– My sincere apologies to the British people. Even in print I manage to royally butcher your accent).

Now, when an 80-year-old Jagger growls out that same line you know that something this crazy HAD to have happened to him at least once in 60 years of rock n’ roll! The blues sharpens when it rings true.

Mick is hands-down the highlight of this record. His voice is still strong and his harmonica spits dragon fire. The boys behind him keep it locked down and the entire effort feels loose and unforced.

Hopefully, we’ll get to hear some more original material with the Jagger/Richards byline in the near future, but Blue and Lonesome is a perfect nostalgic pause for this legendary group.

Faves: “Just Your Fool,” “I Gotta Go,” “Everybody Knows About My Good Thing” and “Just Like I Treat You.”

“Head on down the roadside – Well I’m singing, playing my songs
Doing just what I know how to do – Right here where I belong.” – “Keep Me Singing” 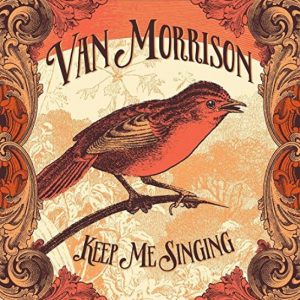 Van Morrison has one of those voices. Earthy yet ethereal. Carved out of the Irish winds and dipped in honey by some otherworldly mystic spirit.

For me, he’s one of a very exclusive club (with the likes of the imitable Johnny Cash) whose members possess a certain magic in their vocal chords. His very soul seems to seep in and spill out with the words.

Van is also one of those rare artists who’s managed to keep his muse in the neighborhood for the entire length of his career. This is an exceptional feat. Age seems to steal creativity and inspiration from a lot of music artists. The distance between albums gets stretched further and further apart and other songwriters’ songs often overshadow original material.

Not Van the Man, though. His quill dips into a seemingly inexhaustible inkwell. He has rarely gone more than a couple of years without releasing new original material. He’s certainly well aware of this fact and proudly wears it on his (album) sleeve. His 2012 studio release carried the appropriate mantel: Born to Sing: No Plan B. Last year he followed that up with the thoroughly enjoyable Keep Me Singing.

Throughout his career, Van has explored a wide swath o’ styles often bending and blending rock, pop, folk, celtic, soul and R&B. So it’s hard to fault Keep Me Singing for not breaking much new stylistic ground. He’s at a point of mastery where he can simply mix and match across his genre palette and come up with a seamless blend of flavors.

Lyrically he continues to utilize his usual suspects to write engaging sentiments. Nature (“Every Time I See a River”), romance (“Let It Rhyme”), spirituality (“Holy Guardian Angel”), creativity (“The Pen Is Mightier Than the Sword”), his homeland (“Going Down to Bangor”) and the seasons are all old friends that pop in for a visit. Van and I share an affinity for Autumn and over the years he has penned a small platoon of songs revolving around the season (“Autumn Song,” “Moondance,” “When the Leaves Come Falling Down” and “Golden Autumn Day,” just to name a few). This go around he adds the bittersweet “Memory Lane” to that Autumnal army.

Van is one of those true troubadours who will probably keep right on performing until the very end of the line. Hopefully, right now somewhere in Ireland he’s busy whispering to his muse and stoking the fire of another collection of tunes to bring into the world. 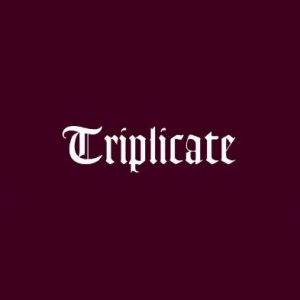 *Imaginary phone convo between Bob Dylan and his People:*

Bob Dylan’s People: “Bob, great to hear from you. How are things going in the studio?”

BDP: “Fantastic! You know, on your last two albums you exclusively covered Frank Sinatrian-American Songbook-crooner tunes and then you became the first musician to win a Nobel Prize for Literature… so, I’ve got a good feeling that the world’s gonna go nuts over a triple dose of long-awaited new original Dylan songs…”

BD: “No, no… no original material. It’s a triple disc of 30 more American Songbook tunes.”

I’m not sure how often Bob Dylan utters the phrase “Because I’m Bob Dylan,” but I secretly hope that it’s on a near daily basis. Bob Dylan is the only human being who has ever perfected the art of being Bob Dylan and it would be a shame for him not to cash in on the perks that come along with that.

I realize that statement is weird, but so is the enigmatic life and career of Bobby D. When an artist has spent 50-some years defying categorization, zigging when he should be zagging, and keeping critics and fans alike in a constant guessing game, you shouldn’t be too surprised by anything he does. Even so, this newly released triple-decker sandwich of old American standards can only be categorized as blatantly Bob Dylan.

Let’s get the obvious argument out of the way: these songs were penned for the silky smooth vocals of Rat Packers or lounge lizards and not the rusty old gravel road of a voice that occupies Dylan’s throat. Truth-be-told Bob’s vocals sound better on “Triplicate” than they have on any album he’s put out in the last decade, but that’s still a far cry from saying these tunes are built in his wheelhouse. However, in some Dylanesque-sleight-of-hand-magic his weary voice adds glimpses of hidden emotion to many of these tunes. Subtle moments of melancholy, nostalgia and even joy shine through on the wings of his trembled delivery.

“Triplicate” also demonstrates Dylan’s immense talent as an arranger. It’s often overlooked in the gargantuan shadow of his original writings, but Dylan really has a great eye (I mean ear) for putting a spin other folks’ work. “The Best Is Yet To Come” is an excellent example. Dylan starts it out super-low-key and lets it simmer on the stove through the first few minutes. By the end of the piece the whole thing has boiled over in a beautiful brass-filled bonanza of a hopeful lover’s pure optimism. It’s my favorite arrangement of a song that has been through the mill about as many times as Dylan himself!

Dylan tends to work in sets of three. Many of his albums can be thematically or stylistically grouped into unofficial trilogies. (Think: Bringing It All Back Home/Highway 61 Revisited/Blonde on Blonde or in more recent years Time Out of Mind/Love and Theft/Modern Times). So it wouldn’t surprise me in the least if he shifts gears after this trilogy of Songbook albums. Then again, he is Bob Dylan. So a four disc set of more crooner tunes wouldn’t really surprise me either!

Disc 1 Faves: “I Guess I’ll Have To Change My Plans,” “The September of My Years” and “Trade Winds.”

PS: Be on the lookout for new albums from some other legendary long-time greats later in 2017. Rumor has it we can expect new tunes from Bruce Springsteen, Neil Young, a postmortem set from Chuck Berry and a final retirement album from the one and only Aretha Franklin!

Kyle is a former library employee. He was and probably still is up to his ears in music. His interests include songwriting, mixtape making, life-hacking, and being a good dad.