Detail of “Dusk Resonance” by Cally Krallman, acrylic on canvas

Kansas Masters Gallery Talk
October 16 | 3 – 4 pm | Sabatini Gallery
Spend the evening with organizers Jay and Barbara Nelson and curator Don Lambert. Learn about the art and artists in the show and how the exhibit came together.

We are very proud to host the Kansas Masters Invitational Art Exhibit at the Alice C. Sabatini Gallery this year. This exhibit features some of the best and most well-respected artists in Kansas.

From vibrant oil paintings to contorted glass sculpture, the diversity of artwork in this year’s Kansas Masters Invitational Art Exhibit is as varied as the backgrounds and visions of the artists who created it. This exhibit features Kansas artists who have made and are making significant marks, figuratively and literally, on this state. They have achieved their own recognizable yet ever-changing styles that have earned them attention locally, nationally and for some internationally, by exhibiting and publishing their work.

This exhibit, like Kansas itself, has its share of treasured traditions as well as, often unexpectedly and diversely, an ability to see beyond the traditions to new discoveries. 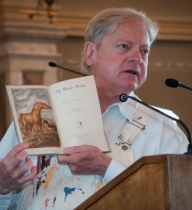 About our guest curator: Don Lambert has written and/or produced six books about Kansas artists. Exhibitions he has curated about Kansas artists have been in nearly 500 museums across the country, including the Smithsonian and the U.S. Capitol. His articles in national art magazines have been about Elizabeth “Grandma” Layton, John Steuart Curry, Robert Sudlow, Louis Copt, Terry Maxwell, Stan Herd, Joan Foth and others. Nominated by then Governor Kathleen Sebelius, he received the national arts promotion award from the National Governors Association in 2007.

“Among the good things about “maturing” are that, finally, you can discard what hasn’t worked and proceed only with what does. You have absolute freedom—the wisdom after the winds. So it is with this year’s Kansas Masters Invitational Art Show. I am pleased to be its guest curator.The 56 mid-career and mature-career artists bring their proud visions to this exhibition.They have found their own voices; most have struggled mightily to get there. In their maturity, they are able to take more chances—add that dab here and delete it there—just as they have done in their lives. What we see here is both tried-and-true and surprising. All have retrieved old places and are climbing to new ones both higher and farther. We, as viewers, go with them.”
—Don Lambert