Is there anything better in the hottest days of summer than jumping in the water? Or lying by the pool with a nice cold drink? Check any top 10 list of travel destinations for Americans and you’ll find the vast majority are oceanside with a beach. Personally, I’ve had a chance to swim in a pool more this year than in a long time. How appropriate this year’s Summer Reading theme is “Oceans of Possibilities.” One key to having a good time by the water is tunes that complement it. Here’s just a splash of music that goes well with an aquatic setting. 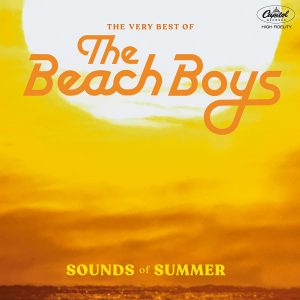 No American band existed in the ’60s or in the realm of surf rock that was more iconic than these five guys. While younger generations associate these classics with Sonic Drive-In ads, the more you listen, the more rewarding their catalog is. The brainchild of Brian, Dennis and Carl Wilson, the group made an incredible number of Billboard-charting hits.

Brian Wilson’s rivalry with The Beatles and other contemporary bands led him to push the envelope of sound engineering. Some songs are positively psychedelic in hindsight. What’s more, their sunny exterior hid a troubled history with paths crossed with the Manson family and Dennis Wilson’s untimely drowning (despite a budding film career). 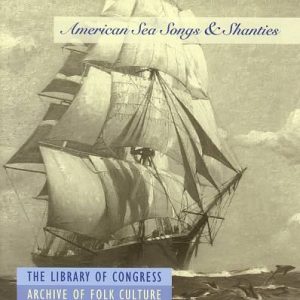 Sea shanties have recently experienced a resurgence and reappreciation. Why? As with so much of pop culture these days, because of TikTok of course! A Scottish lad named Nathan Evans posted himself singing a shanty called Soon May the Wellerman Come, which soon became a challenge for others to join with their shanties. I also think the popular video game Assassin’s Creed IV: Black Flag where your pirate crew learns new shanties as you progress helped revitalize them. They were used IRL as work songs, to keep crews in rhythm for tasks like rowing. As a result, the sea shanty brings to mind life on the open water with visions of pirates and sailors. 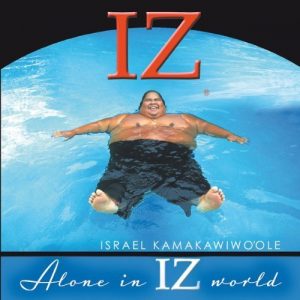 The beloved singer of the most famous What a Wonderful World cover was a larger-than-life personality. Known for his soft, dulcet voice and ukelele playing, IZ as he was nicknamed is Hawaii’s best known musician. He would sing in native Hawaiian as well as English. IZ blended native Hawaiian instruments with American rock instruments as well as influence from Jamaican reggae. He became not only a cultural ambassador but an activist for native sovereignty. [Did you know? Hawaii is the only U.S. state with two official languages?] 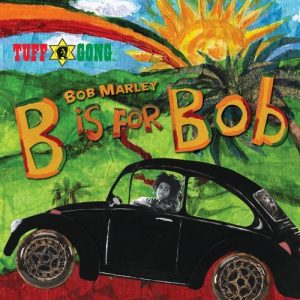 Easily one of the most famous musicians in the world, Bob Marley’s music continues to inspire generations of folks young and old. Just as much a cultural and social leader for Jamaica as IZ was for Hawaii, Marley’s music is synonymous with reggae. While not as radical as peers Peter Tosh or Lee “Scratch” Perry, Bob Marley & The Wailers’ songs of peace and protest are timeless compositions with a pop sensibility. The tropical vibe of the island comes through music and you can’t help but think of the deep blue Jamaican waters. [Did you know? Marley’s sons have created House of Marley earphones and speakers using sustainable material like wood and many are waterproof?] 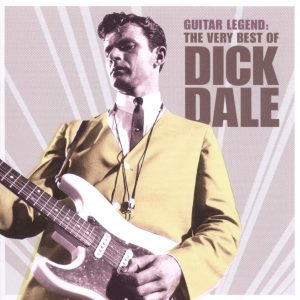 Dale was known as the “King of the Surf Guitar.” You know it and you’ve heard it, even if you didn’t realize it. His powerful electric style is very distinctive. He influenced the Beach Boys, Jimi Hendrix and countless hard rock bands with his tremolo picking. Despite the uniquely American “surf style” sound, Dale was directly influenced by eastern European songwriting. His hit song Miserlou is a Hungarian folk song and was popularized as the theme for Pulp Fiction.  [Did you know? Dick Dale never used drugs or alcohol and studied karate for more than 30 years!] 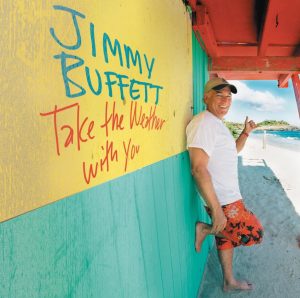 Few musicians are more associated with chilling by the water than self-described pirate Jimmy Buffett. Buffet learned sailing from his grandfather while growing up in Mississippi and Florida. Then he served as first mate on a yacht. After that Buffett created a distinct blend of country, rock and Caribbean music. His songs about the simple pleasures in tropical travel, food and drink, and life by the water have become an ethos for a fanbase known as “Parrotheads.” Since his start in the ’70s, Buffett has created a line of Margaritaville restaurants and resorts around the world. (No surprise they’re all near the water.) He also acts in a number of movies like Hook, Hoot and The Beach Bum as himself. 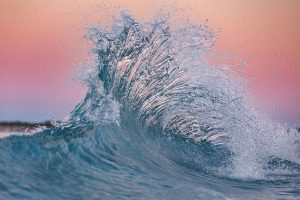 311 – Despite being from landlocked Omaha, Nebraska, this band spends much of their time in California. In recent years they have hosted the 311 cruise ship.

Beach House – This dreampop duo from Baltimore, Maryland, isn’t as explicitly aquatic as their name, but the summer pool vibe is definitely there.

Best Coast – “When people listen to Best Coast, I want them to feel like they’re at the beach all the time even if where they live doesn’t have a beach,” said lead singer Bethany Cosentino.

Even if you aren’t much of a swimmer (don’t worry, I’m not either) you can still get into the summer spirit with these albums. If you haven’t yet, check out our aquatic summer reading activities. The Alice C. Sabatini Gallery is hosting its Oceans of Possibilities exhibit until Aug 21. Also, check out the underwater photography of one of the library’s benefactors.