In the beginning all films were short films only lasting a few seconds. The very first films were on Thomas Edison’s kinetoscope, a device that allowed one viewer to see a series of photographs on film telling a story or an action. These first films were filled with celebrities, current affairs and small exhibition shows. The first ever U.S. copyright for a motion picture was given to Thomas Edison for a five-second film of Thomas’ assistant Fred Ott sneezing. 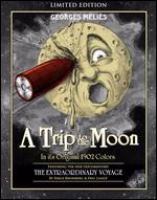 As film technology took off so did the film industry. Filmmakers started making longer pictures. Georges Méliès 1902 short film A Trip to the Moon was one of the first longer (but still short) films. This was an internationally successful film about a group of astronomers who take a trip to the moon. A Trip to the Moon was an inspiration to other filmmakers because Méliès used innovative editing and special effects techniques.

More audiences began seeing such films at fairs and gatherings around the world. Audiences started to demand newer films and the success of film skyrocketed. With increased demand came the need for complex stories and characters. The short film started to lose favor to bigger and longer feature films. Films began to require dialogue and actors as stories grew from short scenes to longer stories. Eventually sound was played in time with the film, which lead to the invention of the talking pictures or “talkies.”

As longer pictures increased in popularity, the short film moved into the world of animation. The addition of sound and color to films led way to the popularity of the Disney universe and the creation of the Warner Bros Merrie Melodies and Looney Tunes series. These short, animated films were often shown before feature length movies from the 1920s to the 1960s. As audiences moved from movie theaters to televisions, so did the short films giving life to shows such as The Jetsons, Top Cat, and Scooby Doo.

The internet gave a new life to the short film. YouTube, Vimeo and many other free video streaming services offer anyone with a phone and the motivation a chance to make a short film for wide audiences. Filmmakers will often use short films as a chance to prove an idea from an unknown, inexperienced director is worth investing to financiers.

The 2014 movie Whiplash started off as a short film from Director Damien Chazelle. He was unable to get financing for the movie but knew he had a great idea. So Chazelle made an 18 minute short film. After winning the 2013 Sundance Film festival short film Jury Award, Chazelle was able to entice enough backers to make his Oscar winning, feature film Whiplash. Many directors find similar routes to landing their first directorial debuts through short films including Neill Blomkamp’s Disctrict 9, Jared Hess’ Napoleon Dynamite, and screenwriter Leigh Whannell and director James Wan’s Saw.

If you’re feeling the need for inspiration to make your own films or just love film, checkout the Manhattan Short Film Festival. We are bringing this an annual global film festival to Topeka! The festival showcases Oscar qualified short films by directors from around the world. Join us for an evening screening on Tue, Oct 1 at 6pm or for a matinee showing on Fri, Oct 4 at 2pm in Marvin Auditorium BC. Both events will show all 10 of this year’s finalists selected by the Manhattan Short Film Festival. Attend and vote for your favorite so you can brag about voting for a possible 2020 Oscar award winner.

I am a Public Service Specialist with interlibrary loans. I graduated from KU with a degree in meteorology and love forecasting Kansas weather. I enjoy cooking, technology and watching lots of TV shows. My favorite books come from a wide range of fantasy and mystery novels.