“Let’s put Carrie in as president, she is the only one who can keep us in order.”

The young woman’s eyes widened, shocked at the older woman’s proposal. “Oh, you can’t do that, it will be several years before I am old enough to vote.”

“You’ll be old enough long before we have the right.”

So the scene went according to Carrie Whittaker, then a young woman around 19 years old learning parliamentary law, and daughter of the Shawnee County Surveyor. The older woman was none other than Mary Jane Ritchie, one of the first women to settle in Topeka with her husband John Ritchie in 1854. The Ritchies were strong proponents of racial and gender equality. 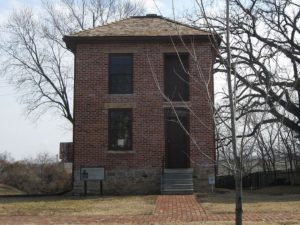 The scene took place in 1867 at the Ritchie home, 1116 SE Madison in Topeka. The house is arguably more famous for being a station in the underground railway for escaping slaves. However, it was also where the first meeting of the Women’s Suffrage Association of Kansas took place, after an amendment to confirm a woman’s right to vote failed in the November election that same year.

Also in attendance were pioneers of the women’s rights movement Susan B. Anthony, whom the Ritchies called a friend, and Elizabeth Cady Stanton. 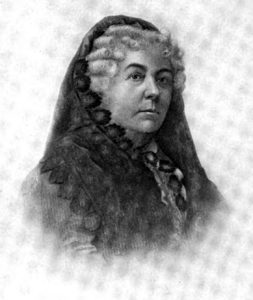 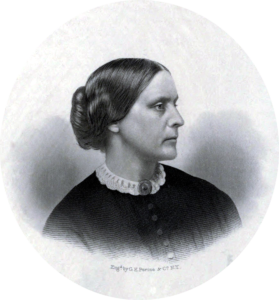 The women’s suffrage movement officially began in 1848, when Stanton and Lucretia Mott organized the Women’s Rights Convention in Seneca Falls, New York. It began in earnest for Kansas at the end of the Civil War in 1865. Women had been serving as head of the family while their husbands and fathers and brothers fought in The War Between the States. Women had taken on encouraging “cultural and moral interest on the prairie.” Most women wanting equality for themselves also wanted equality for blacks. When the 13th Amendment to end slavery in the U.S. was ratified, focusing on their right to vote seemed to be the next step. However, it must be noted that racism was present in some members and was compounded when the 15th Amendment was ratified in 1870, giving black men the right to vote, not women. 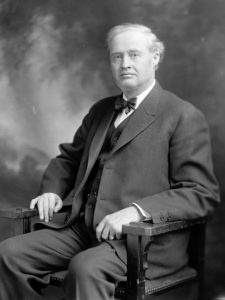 Kansas women did not win the right to vote until 1912, when Kansas voters supported the Equal Suffrage Amendment to be added to the state constitution. With such progressives as Republican Governor Walter R. Stubbs, Kansas became the eighth state to grant full suffrage to women. The 19th Amendment of the U.S. Constitution was ratified eight years later, which assured women the right to vote nationally.

Mary Jane Ritchie and Lucretia Mott both died 40 years before the amendment was ratified; Elizabeth Cady Stanton, 18 years; and Susan B. Anthony, 14 years. Carrie Sain Whittaker lived in Topeka until shortly before her death. She married David Whittaker in 1880 and died in 1930 at her niece’s home in California. Mrs. Whittaker would have been around 73 years old when she was legally able to vote.