You may be familiar with historical writers that Topeka often highlights —Rex Stout, Charles Sheldon and Langston Hughes. I want to highlight a few interesting local writers from the past you may not know. 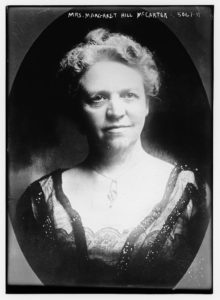 Margaret Hill McCarter was a historical fiction—leaning toward romantic—author. Born in 1860 near Carthage, Indiana, she came to Topeka in 1888 as a high school English teacher and she taught for almost six years at Topeka High School. Her first publication The Price of the Prairie was published in 1910. The story is narrated by 60-year-old Phil Baronet who tells the reader of his life in Kansas starting in 1853 from meeting Marjie Whately as a child–whom he would later marry–becoming a lawyer, and eventually a judge. Topeka makes an appearance in one of his travels to a political rally, only to be cursed by him, rather dramatically, when he lets down a young woman hoping for romance. But at the end of the book, he returns with Marjie on his arm and describes Topeka as having “all the making of a handsome city.” 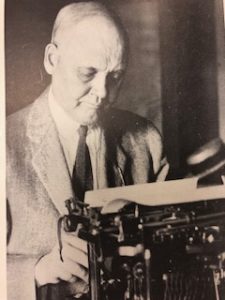 Jay E. House was a columnist for the Topeka Daily Capital. Born in 1872 in Plymouth, Illinois, his family moved to Topeka when he was 10 years old. Before joining the Topeka newspaper in 1910, he wrote for other Kansas newspapers in Florence, Atchison and Erie. House also served 2two terms as mayor of Topeka from 1915 to 1919. His column was called “On Second Thought.” The year after House’s death in 1936 and in memoriam, his family published his articles in one volume, titled the same as his column. He wrote on a number of topics including politics, clothing, the economy and food. In one article he responded to a reader accusing him of being “a smarty show-off,” by admitted that in regards to his writing he is “cocky, irreverent and contumacious.” But in real life, “I’m just a friendly dog, panting from the heat and hoping somebody will pat me on the head.” 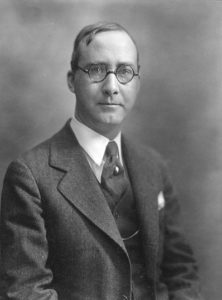 My last writer to highlight is Nelson Antrim Crawford, born in 1888 in South Dakota. I do not know when he came to Kansas, but he started teaching in 1910 at Kansas State College in Manhattan and by 1930 he moved to Topeka where he was editor of Capper Publications. During his time  teaching and editing he also wrote. A cat person, Crawford’s home was described as being “overrun with the creatures.” In fact he published a book in 1947 called Cats, In Prose and Verse, a compilation of writings by various authors including T. S. Eliot, H. P. Lovecraft, Edgar Allen Poe and Lewis Carroll. Crawford wrote a couple essays himself, including “Cats and Zinnias” and “Cats Holy and Profane,” the latter being under the heading “If You Love—or Hate—Cats.” Theories he purported as to why females are afraid of cats are dubious, but you can draw your own conclusions.

The publications I mentioned are available in the Topeka Room. I feel compelled to tell you that parts of their writings do not fit current standards of political correctness, to put it mildly. So you have been warned. Here are additional resources I used that are also available:

Who’s Who in Topeka by Howard D. Berrett

Witness of the Times: A History of Shawnee County by Roy Bird