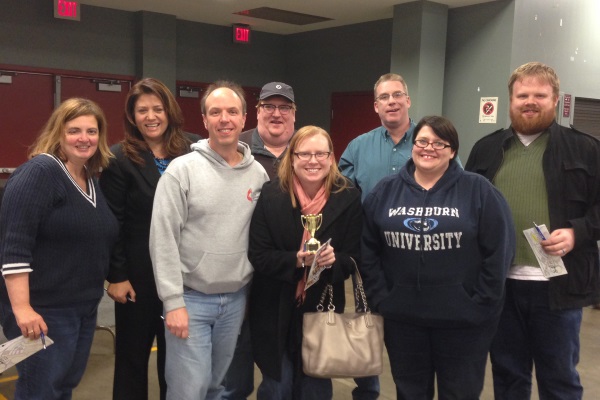 The champions of the Topeka and Shawnee County Public Library’s Trivia Night Extravaganza on November 14, 2014 at the Expocentre Ag Hall

Let’s make this Shawnee County’s largest trivia event. The library challenges the community to fill up Ag Hall and take on a crazy amount of teams for a record-breaking, super-fun trivia contest! This trivia night is similar to the one hosted quarterly at the library. Enter as a team of 5-8 friends, family members or coworkers working together to answer 100 questions from 10 categories. Thanks to the Friends of the Library for our prizes! Prizes awarded to the top teams, including gift certificates to the Chandler Booktique and to the Millennium Cafe, and other prizes sponsored by the Topeka Community Concert Association, Friends of the Library, Top City Soda Pop, and Heartland Trivia.  Bring food and soft drinks, no glass. Doors open at 6pm. 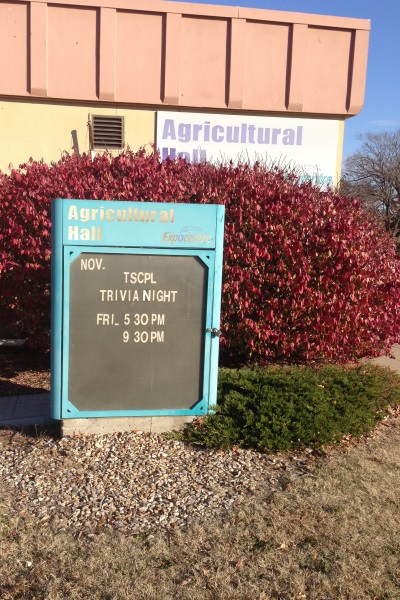 Trivia Night Extravaganza filled the Ag Hall at the Expocentre on November 14, 2014 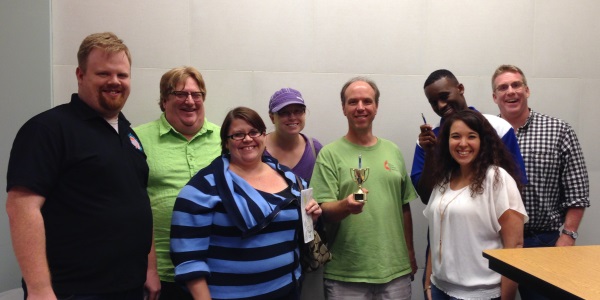 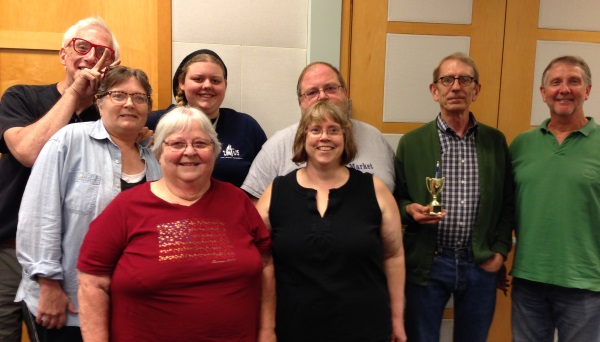 The library’s popular Trivia Night and Trivia Afternoon weekend brought over 260 people on July 18-19, 2014 to test their trivial knowledge alongside their coworkers, friends, and family.

Questions at the events this past weekend ranged from World Cup and Mnemonics to the Tony awards and Baby Boomer trivia.

The top three teams won prizes including gift certificates to the Chandler Booktique and to the Millennium Cafe, and everyone had a great time finding out what they know (and don’t know!) The first place teams at each event also won bragging rights and a brief photo session with their TROPHY! 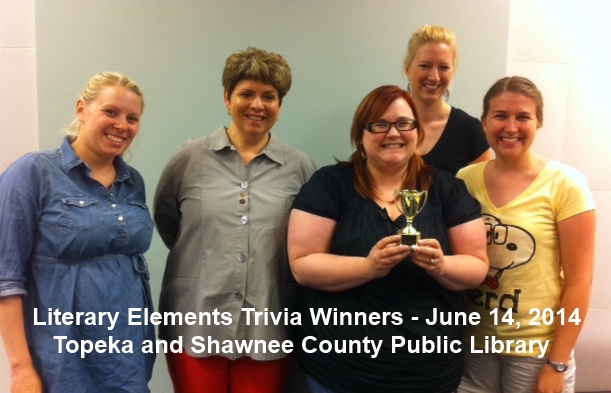