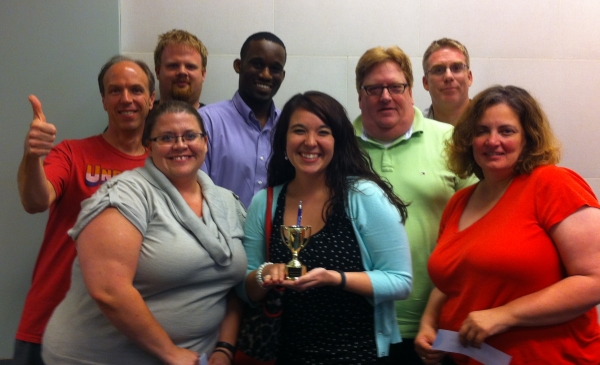 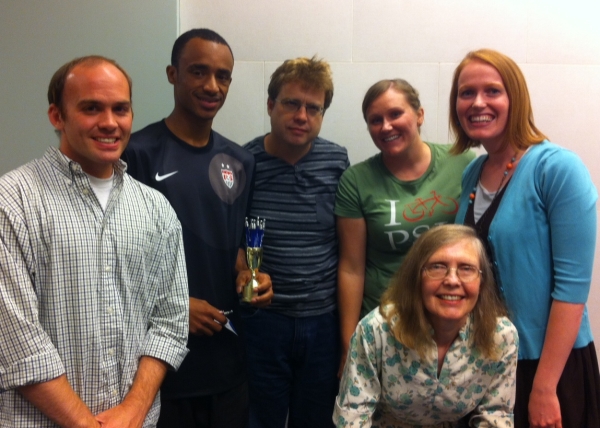 At our September 2013 trivia weekend, we had something happen for the first time in our 10 years of trivia events — and it happened at BOTH events! In the top trivia teams on Friday and Saturday, two top teams tied their score and tied their estimation of their final score, which was our usual tiebreaker.

Trivia scorekeeper Thad Hartman improvised a tiebreaker activity and both of the tied teams had to quickly write down the height of the Eiffel Tower and bring it to the front, with the closest answer determining the winner.

Each round of 10 questions has a theme. Some of the themes for this event included:

At our July 2013 trivia weekend, our top trivia teams on Friday and Saturday BOTH correctly answers 83 questions correctly out of 100 possible. No other teams on either day scored above 80 points!

Each round of 10 questions has a theme. Some of the themes for this event included:

And after the event, everyone helped us test a new format for future trivia rounds: video trivia! 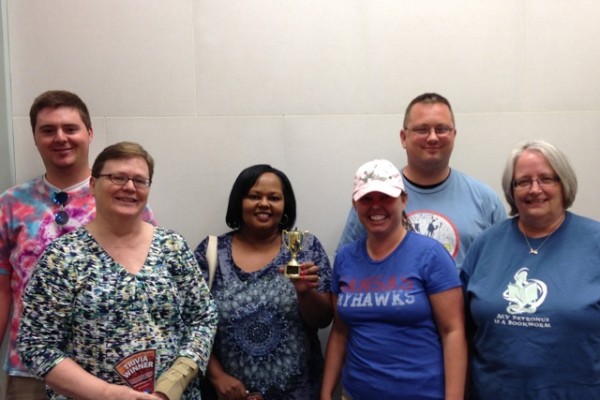 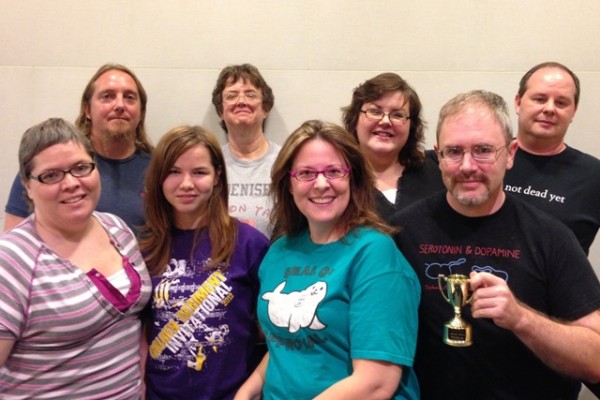 The library’s popular Trivia Night event celebrated our 10th Anniversary with a weekend of …you guessed it…. trivia!

Our first Trivia Night was in March 2003 with 9 teams and 50 participants.

Comments from that first event included many things we have incorporated into our quarterly events:

And participants at that first event in March 2003 also gave us some suggestions that have continued to be popular but unfeasible:

Due to the increasing popularity of this event over the past 10 years, we have expanded our original “Trivia Night” into a trivia weekend by offering the same event on Friday night at 6:30 pm and Saturday afternoon at 3pm. The Friday night event continues to be full with 30 teams and a waiting list, while the Saturday afternoon event draws around 12 teams. We offer the event once every few months.

At our April trivia weekend, our top trivia teams on Friday and Saturday BOTH correctly answers 75 questions correctly out of 100 possible. 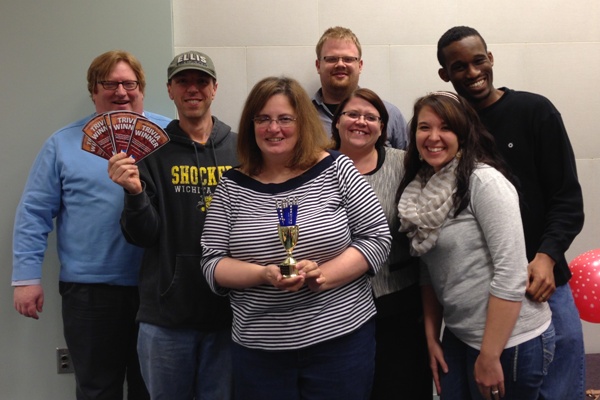 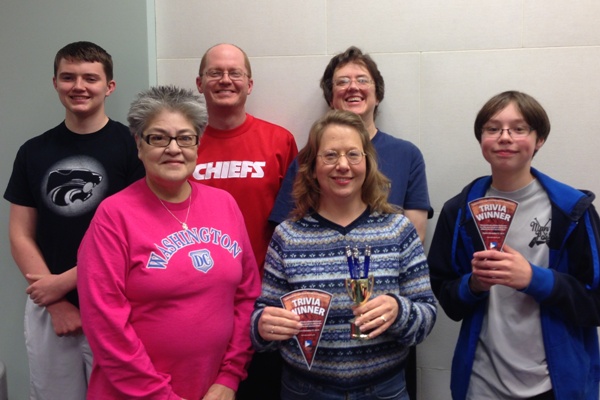 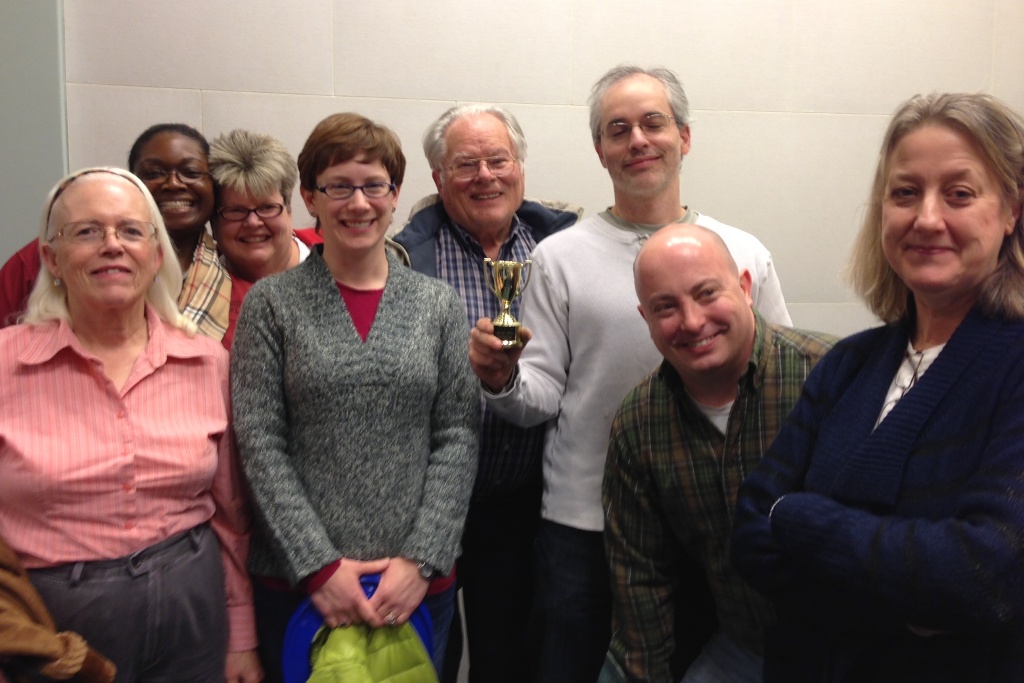 The first place team at the January 25, 2013 Trivia Night triumphed over the rest of the competition with a team score of 85. 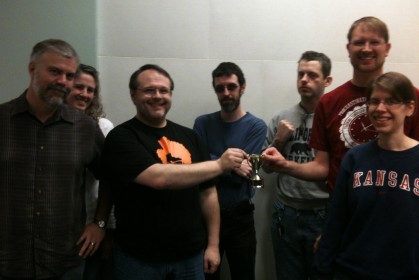 The first place team at the Saturday, January 26, 2013 Trivia Afternoon at the library correctly answered 76 out of 100 questions to take the trophy and the top prizes!

Trivia Night is hosted by Thad Hartman, Lissa Staley and Brian Adams. We can help you learn how to organize your own trivia night, including freely sharing our previously used questions with groups hosting events around the country!