What makes a summer read is up for debate. I consider any book that is a quick read and keeps my attention a summer read. Angie and I recommend some of our recent favorite page-turners. Get ready to add to your to be read list! 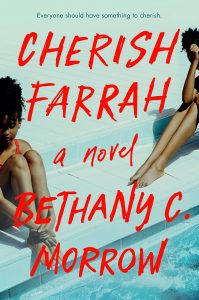 This book is strange and twisty in the best way! I spent much of my reading trying to figure out what the heck was going on. It has a Get Out vibe where you know something creepy is happening, but you don’t know what.

Farrah Turner is one of two black girls at her elite high school. She calls her best friend and the other black girl, Cherish Whitman, White Girl Spoiled. Cherish is the adopted daughter of a wealthy and woke white couple who lavish her with every advantage.

Farrah’s parents had also been wealthy (although not Whitman wealthy) but her mom lost her job and they just lost their home. Farrah is now living with Cherish so she can keep the lifestyle she’s accustomed to and maybe live even a little better. Strangely in this mansion they share a bedroom.

Farrah and Cherish have a complicated relationship. I kept switching between thinking they were closer than sisters to thinking maybe they hated each other. Farrah’s relationship with her mother is equally messy – is her mom completely conniving and cruel or is she a role model? You’ll keep reading to figure out what is going on in this dark and intriguing story about race, class and friendship. 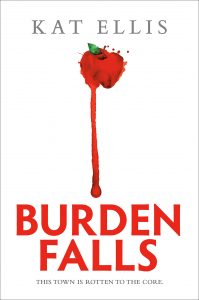 Get ready for a murder mystery with a paranormal twist that is so well written you cannot figure out whodunnit until the author reveals it at the end. Ava Thorn’s family has a generations old feud with the Miller family. This feud is founded in long forgotten snubs and business deals gone awry.

Now Ava has her own, very personal reasons to hate the Millers. A year ago Mr. Miller was driving his Hummer and collided with her family’s car, knocking them off the road and killing both her parents. That night was the first time Ava saw Dead-Eyed Sadie – the ghost who haunts Thorn Manor and the Thorn family.

Ava now is dealing with the trauma of losing her parents, struggling with grades, and getting ready to move. She’s moving because her Uncle Ty and Aunt Carolyn had to sell her house to keep up with costs. But why did they sell it to the Miller family?

Ava hates the Miller family. She hates all of them, especially the Miller twins – who are not actually twins – Dominic and Freya. So Ava seems like a natural suspect when Freya Miller is found dead and Ava is the person who discovered the body. Freya’s eyes are gouged out, reminiscent of Dead-Eyed Sadie.

As the town of Burden Falls struggles to deal with the sudden and violent loss of Freya, another life is cut short in a similar fashion. Ava is catching glimpses of Dead-Eyed Sadie in shadows and outside her window, which makes her feel like she might be losing her mind. Ava and Dominic make an unlikely duo as they try to solve the gory murders.

Will they find a person at the end or a specter? Has Dead-Eyed Sadie returned to search for her lost eyes? Kat Ellis has woven a tale that will keep you guessing til the end. Settle in with this page turner! 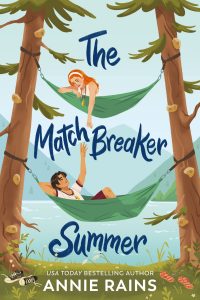 What is more summer than camp and romance? If you have read my previous reviews on romantic reads, you will know I adore a rom-com where the characters openly dislike each other at the start.

Paisley has spent many years helping her parents run Camp Starling. After her father died, she helped her mother carry on running their camp. However, her mother now wants to move their family to Wyoming and sell the camp to be with Dave who she met through online dating.

This is Paisley’s first – and last – year as a camp counselor. She is planning to make the most of it despite desperately wanting to stop the move and keep the camp.

Enter new camp counselor Hayden. Although he is sent to camp after a graffiti incident and depicted as a “bad boy,” Hayden seems like a sweet guy to me. He is a go with the flow type of counselor, which conflicts with Paisley’s strict rule following. This sets them at odds early on. After Paisley shares her desire to break up her mom and Dave, Hayden and Paisley hatch a plan. After all, aren’t they smarter than an algorithm that matched two people? Surely, they can play match breakers.

This is the cutest, the sweetest, the most feel-good read I have encountered in a long while. This is the book to take to the beach or on vacation with you for a light read. The humor ranges from smirk to laugh-out-loud to full on snort levels of funny.

We Were Kings by Court Stevens (Ginger’s pick) 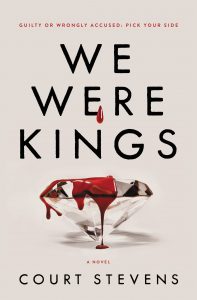 Eighteen year-old Nyla Wagner’s life has centered around her mom Elizabeth’s devotion to a woman on death row, Frankie. Elizabeth and Frankie have been friends since childhood. Frankie is in prison for murdering her best friend, Cora King, 20 years ago. They live in Kentucky, which just passed the Accelerated Death Penalty Act, giving Frankie only 30 days left to live.

Nyla soon learns her mom’s not who she thought she was – she’s Elizabeth King, Cora’s sister and daughter of the powerful and wealthy Senator Rebecca King. Nyla accidentally becomes a social media star as she tires to discover what really happened to Cora. This fame puts her in danger as someone doesn’t want the truth exposed.

Can Nyla find evidence to save Frankie from death and reunite the King family? As she begins to explore the small town where the murder took place, Nyla discovers more family and town secrets. Who can she trust and who should she avoid? Is Frankie a killer or a victim?

As the library’s communications editor Ginger helps spread the word about all the amazing library resources, services and staff. She loves reading fiction and is working to keep her To Be Read list under 100. Ginger is also a volunteer at Helping Hands Humane Society.