Loyalty is a theme I love to read about because in every story there’s always one important question: Will you betray someone you care about? Here are a few of my favorite young adult books that explore loyalty.

Isle of Blood and Stone (Tower of Winds, #1) by Makiia Lucier 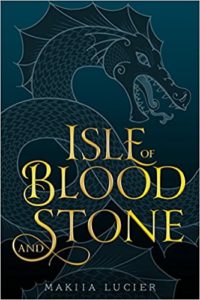 The country of St. John del Mar suffered a great loss during a raid by the neighboring kingdom of Mondrago. Two princes of del Mar are kidnapped and the people who accompanied them that day were murdered. Among the dead was Elias’ father, who died trying to protect the princes. Or so he thought. Eighteen years later two maps turn up indicating that everything Elias, Ulises (the remaining prince, now king) and Mercedes (a half-Mondragon/half del Marian cousin of the king) believed is wrong. Using the clues they find in the maps they set out to learn what really happened that fateful day. They discover that the people who betrayed them are closer than they thought.

This book captured my attention with the opening chapter that explains the events on the day the princes disappeared. The story took a little while to get going, but once it did, the plot started galloping really quickly. I loved the friendship and loyalty between Elias, Ulises and Mercedes. They have been bonded since they were children by the tragedy of their pasts. They are willing to do pretty much anything to take care of each other.

My favorite character in this book is probably Mercedes. I really enjoy how she handles the challenges that are thrown at her. Mercedes is looked upon with scorn by many of the people of del Mar because she carries some of the traits of the Mondragon people who are believed to have kidnapped and murdered the princes. Never mind the fact that she is the princes’ cousin and is now one of the people in line for the throne. Mercedes is strong, independent, compassionate and just a little bit sassy. 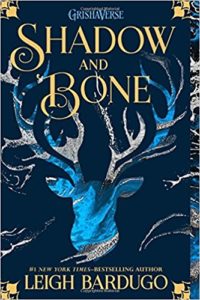 Alina grew up an orphan with her best friend Mal in the country of Rayka. When they both join the military their regiment has to cross the fold, a place of darkness filled with dangerous creatures whose attacks few survive. When their ship is attacked, Alina discovers a magical power and she is taken for grisha training by the Darkling, who tells her that she will be able to help him to expel the Fold. As her training progresses, she discovers the Darkling lied to her and his plan is to use her to become the most powerful man in the world. Alina must decide whether to join him in his pursuit of power or to use her magic to fight him.

When I started the book, I was afraid it was going to be like so many other books I have read: the poor little girl is raised from her life of poverty to save the world. In some ways, the book follows the beginnings of that pattern, but Alina makes this book great. She struggles with her identity in ways that feel very real and understandable. She grew up poor and is suddenly given great wealth. Alina grew up plain and believing that no one would be interested in her. Suddenly she is the envy of everyone and highly sought after by the powerful. Through it all, Alina struggles with who she is and who she will become. That questioning of identity is what makes her interesting and relatable. I am excited to read book 2 and see where her journey takes her.

Reign the Earth (The Elementae #1) by A. C. Gaughen 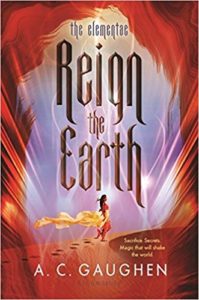 Shalia agrees to marry Calix, the king of a neighboring country to bring peace to their peoples. Shalia knows Calix hates the Elementae, people who can manipulate elements such as earth, water or fire, and has almost completely wiped them from existence. After the marriage ceremony but before she is crowned queen, Shalia discovers she is an Elementa and is able to control earth. She knows she has to hide her abilities to prevent her death. Meanwhile, Shalia’s own brother is leading a rebellion against Calix. Shalia must decide between her family and her husband, between hiding her abilities and being who she really is.

Shalia feels like someone I would be friends with in real life. She cares deeply about the people around her and shows such compassion for others. Shalia also knows her decisions will affect everyone around her. Calix, on the other hand is deeply unlikable. He shows moments of tenderness, but I was always questioning his motivation because he would usually follow up moments of tenderness with moments of great cruelty.

The secondary characters really made the story for me. Galen, Calix’s brother, is the opposite of Calix – caring and compassionate. Danae, Calix’s sister, quietly remains in the background of her brothers, but is able to be devious or a friend as the moment demands. Kairos, one of Shalia’s brothers, is funny, fearless and fiercely loyal. These characters made the story so much deeper and often provided the backstory to help the main characters feel more real.

What are your favorite loyalty books?