I am a sucker for a good novel with royalty from far-off realms, especially when it’s set in a beautifully described world. Here are a few of my royal favorites.

The Iron King by Julie Kagawa 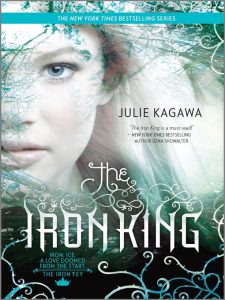 Meghan Chase’s father vanished when she was only 6 years old and nothing has been the same since. An outsider, both at home and at school, all she wants is to fit in. When her little brother disappears, the world becomes stranger than she could possibly imagine. Particularly when Meghan discovers she is the daughter of the faery king. Meghan must determine how far she will go to rescue her brother. Along the journey she finds unlikely allies, powerful enemies and maybe even love, if she is willing to step forward to take it.

Several people recommended this series to me. I finally picked it up and I can definitely understand the hype! The Iron King is the first in a larger series, which often means the first book feels a bit slow as it develops the world. While The Iron King sets up the world well, I would never call the storytelling in this book slow! If you like a well-crafted extended series, check out this one! The most recent book The Iron Raven came out February 2021.

Kingdom of the Wicked by Kerri Maniscalco 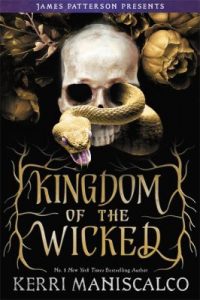 Emilia and her twin sister are witches. They must live in secret among other humans or face the fear and persecution that comes with being a witch. When Vittoria doesn’t come home one night, Emilia goes search for her. Emilia finds her sister’s body. Vittoria is one of many young witches who have been murdered.

Heartbroken, Emilia seeks vengeance for her beloved sister. When she uses forbidden magic to summon a demon to help her, she accidentally summons Wrath, one of the Princes of Hell. As they work uneasily together to solve the mystery of the murders, Emilia works to figure out if Wrath can be trusted.

Kingdom of the Wicked is a spicy fantasy with playful banter, steamy flirting, and a variety of twists and turns to keep you guessing. It was fun to watch Wrath and Emilia’s relationship grow. This was a book I did not want to put down. One of the best things about this book is that you don’t need to wait long for the sequel! Kingdom of the Cursed will be released this fall. Kingdom of the Wicked was a truly enjoyable read from the author of the Stalking Jack the Ripper series. 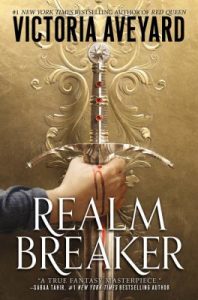 Corayne an-Amarat always wanted to see beyond the borders of her small town in Allward. However, her mother would never allow it. Corayne gets the opportunity to venture beyond her small town when she finds out she is the last hope to save the world. A long silent Spindle, a gateway between worlds, has awoken and is allowing an army of indescribable might to flood into Allward. Corayne and her unlikely band of companions must figure out a way to stop the army and its  dangerous leader. If they fail, everything they know will be burned down around them.

This book opens with a battle that sets the scene for the book and pulls you straight into the action. Breaker creates a richly-layered world with knights, royalty and pirates! Different characters with distinct personalities introduce you to the politics of the various royal courts. The first of a planned trilogy, Realm Breaker sets you up for an unforgettable ride.