Have you ever felt the struggle of finishing a book only to realize the sequel will not be out for an unknown period of time? Here are a few excellent complete series you can read all at once! 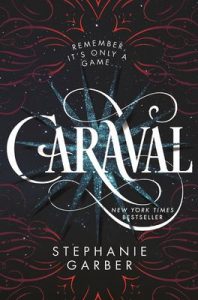 Scarlett Dragna has lived on a tiny island her entire life with her cruel father and her little sister, Tella. Scarlett’s been dreaming of seeing Caraval. When her invitation to attend Caraval arrives, her headstrong sister sweeps her away with the help of the sailor Dante, determined to to attend.

Then Legend, the mastermind behind Caraval, kidnaps Tella. Scarlett discovers she must win Caraval to get her sister back. Through overwhelming challenges, stunning magic and betrayal, Scarlett learns more about herself than she ever imagines. She has 5 nights to win Tella back or lose her sister forever.

Caraval is a really fun read full of twists and turns as you try to figure out what/who is real and what/who is not. Who is Legend and why is he so interested in Scarlett? As Scarlett’s relationship with Dante develops you see her grow and learn more about the world. Scarlett’s personal growth and love for her sister drive this story in the face of overwhelming odds.

If you like the Caraval series, check out Stephanie Garber’s Once Upon a Broken Heart. It’s a spin-off from Caraval, but be warned – this series is not yet complete. The Broken Heart sequel, The Ballad of Never After, comes out in September 2022. 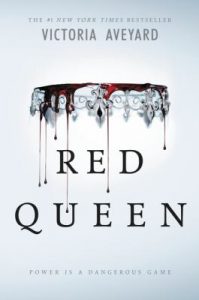 The silver-blooded elite have superpowers, wealth and they rule with an iron fist. The red-blooded commoners are living in fear and poverty. Along comes a girl, Mare Barrow, with red blood, but the superpowers of a Silver. The Silvers abduct Mare when they learn about her powers. They threaten everything and everyone she loves to keep her in line. The Silvers force Mare to follow their instructions to the letter.

She secretly assists the Red Guard who are working to destroy Silver rule. In a world of politics, love and betrayal, where the color of your blood means everything, Mare could change the world.

Red Queen is an interesting, heart-racing read. Once I started it, I couldn’t put it down. Mare is easy to root for as the commoner brought into a world she doesn’t know. As she gets to know Maven and Cal, the princes of the realm, Mare doesn’t know what to believe and what she is to them. Is she the girl they fall for? Or is she the puppet they play with and then cast aside? I rooted for her over and over again as she worked to overcome all the odds.

If you like Red Queen, check out Realm Breaker, the first in a new series by Aveyard. It’s set in a completely different world than Red Queen. Fair warning: the Realm Breaker series is not finished yet. Its sequel, Blade Breaker, comes out soon.

Flame in the Mist by Renee Ahdieh 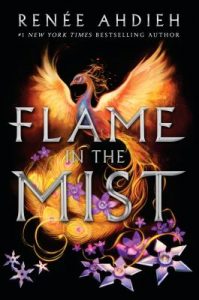 Despite all her accomplishments, Mariko has known she was destined for marriage from the moment she was born. At just 17, betrothal to a complete stranger changes Mariko’s life forever as she and her convoy travel to meet him for the first time. The Black Clan attacks the convoy on their journey to the imperial palace and Mariko is the sole survivor. She’s determined to find out who is responsible for the attack.

Mariko infiltrates the Black Clan and discovers what it is like to have her mind appreciated for the first time. The longer she spends with the Black Clan, the more conflicted she becomes. Does she follow the expectations she has lived under her entire life or does she follow her heart?

Flame in the Mist reminded me of one of my favorite Disney movies: Mulan. Mariko wants more from her life than the plan decided at her birth. She stumbles through acting like a boy and her confidence grows. Mariko’s development is fun to watch as she grows, both physically and mentally, meeting people who challenge her in new ways.

If you enjoyed Flame in the Mist, check out Renee Ahdieh’s other series. The Wrath and the Dawn is a complete duology. The Beautiful is a four book series with the final book scheduled to come out in February 2023.