Check out the top five award-winning new additions to our international films. These selections that will be available for check out in late January feature five different languages and very different stories. You’ll find a story of human connection in Distant. The Good Boss is a comedy/drama about a boss trying to fix problems quickly to win an award. In rural India a police officer sets out on a crusade against violent caste-based crimes and discrimination in Article 15. A Palestinian father trapped on the other side of the separation wall is trying to reach the hospital for his son in 200 Meters. War Trap is the story of two soldiers trapped underground during a World War II battle. 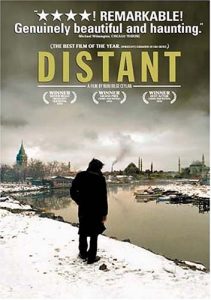 Mahmut is a successful commercial photographer. He has been struggling to come to terms with the growing gap between his artistic ideals and his professional obligations. Mahmut has a tedious workload and he is dealing with the lingering loss he still feels for his ex-wife (newly married and on the verge of leaving Istanbul for Canada). He is clinging to the melancholic and obsessive routines of his solitary life.

Without warning, Mahmut’s distant relative Yusuf arrives in Istanbul. Yusuf is determined to find a job aboard a ship to fulfill his dream of traveling around the world. In need of a place to stay as he searches for work, Yusuf imposes on Mahmut who resents the intrusion, but  feels obliged to help his family. It does not take long for Yusuf to discover that the work he is looking for is not available, but he prolongs his stay with Mahmut by formulating stories that suggest otherwise.

His hope waning, Yusuf resorts to spending his days drifting through the streets of Istanbul. He slowly comes to the realization that without work he may soon need to return home. Mahmut tries to help by offering Yusuf a job as his assistant during a photography shoot, but the fix is temporary. As the two men struggle to make a connection, communication is slowly reduced to the bare minimum. 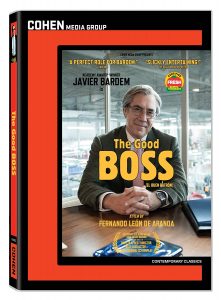 The Good Boss takes place in and around the Blancos Básculas factory, where all things must always be in balance. They manufacture scales of all shapes and sizes. The benevolent boss, Bardem’s Blanco, is preparing his workforce for an upcoming inspection by a group visiting local businesses for a prestigious prize. Tensions begin to mount, however, when recently fired employee Jose shows up with his two children and begins demanding to be reinstated. When Blanco’s management team refuses, the employee begins a one-man crusade to discredit Blanco and prevent him from winning the much-coveted award. This film stars Academy Award Winner Javier Bardem. 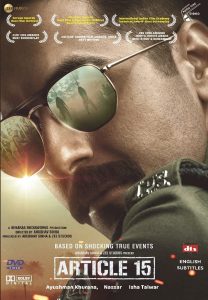 In rural India two Dalit girls are abducted in a school bus. Police officer Ayan Ranjan diligently works on the case. He discovers the villagers believe in caste discrimination, which is the major problem. Police find the two girls’ bodies hanging from a tree. An autopsy revels they were raped multiple times. The sister of one of the dead girls tells Ayan they were slapped by their owner, Anshu, when they asked to increase their daily wage. After Ayan learns Anshu did this due to caste discrimination he posts copy of India’s Constitution Article 15, which forbids discrimination on the grounds of religion, race, caste, sex or place of birth. 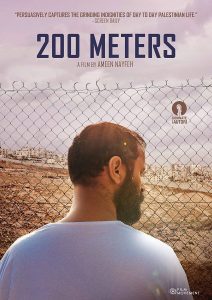 Mustafa, a Palestinian construction worker, lives in a West Bank home a mere 200 meters away from his wife and children on the other side of the Israeli border wall. Though eligible for an Israeli ID, Mustafa sacrifices living with his family to resist unjust laws enforced by the occupying Israeli government. He instead uses his work permit to visit daily.

The arrangement is functional, until Mustafa gets a call every parent dreads – his son is seriously injured and in an Israeli hospital. Rushing to cross the border checkpoint, Mustafa is denied on a technicality. Stopping at nothing to reach his child, a 200-meter distance becomes a 200-kilometer odyssey, as the increasingly desperate Mustafa attempts to smuggle himself to the other side of the wall.

During World War II , following an ambush, an Allied soldier Eugène is trapped underground. He is now fighting for his survival alongside another solider. They try to find the resources to extricate themselves from certain death. They do not know that outside a terrible battles await them.