As the days start to get shorter and colder, our tastes start to change. We tend to stay in more and eat heartier foods instead of meeting up with friends to grill outside. I imagine NaNoWriMo is in November for a good reason. Autumn has had me in the mood for the spooky sounds of gothic rock. It just fits the season.

Originating from post-punk British bands in the ’80s, goth rock really hit its peak in that particular scene: Thatcher-era UK where working peoples’ prospects were about as bleak as the weather. You’re probably familiar with the tropes: black clad, pale-skinned and heavily made-up, the look of these musicians created the “goth” known in high schools the world over.

The music is just as distinctive as the look. You’ll hear bellowed or breathy vocals, ominous and driving basslines that distill an undercurrent of doom, tons of reverb on the guitar and thunderous drums. The melodramatic lyrics aren’t afraid to touch on disturbing or adult themes. It’s all a heady, intoxicating scene that’s often imitated but rarely bested. 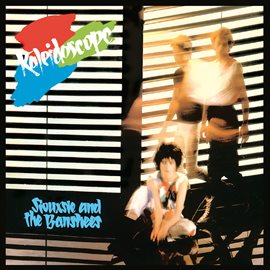 Siouxsie Sioux (pronounced “Suzy Sue”) is practically the Queen of Goth Rock. Having come out of the punk scene, the band started off with a harder edge. In fact, Sid Vicious was once in the Banshees and fellow Sex Pistol Steve Jones appears in this album. Robert Smith of The Cure also lent his talents to the Banshees a few albums later and was greatly influenced by Siouxsie. They went through lots of band changes with only Siouxsie and Paul Severin as consistent members.

Here on 1980’s Kaleidoscope, their third album, the band really hones their identity. We go from post-punk discord to new wave-style synth flourishes, from rhythms that evoke Middle Eastern music to lilting, paranoid dirges. Despite the colorful title and artwork, the tone and lyrics on this album are darker than the next two I review. For example Red Lights deals with prostitution and Christine is about an early dissociative identity disorder case. All in all, it’s a great fusion of new and old rock styles and an early goth rock milestone.

The Sisters of Mercy – Floodland (Digital) 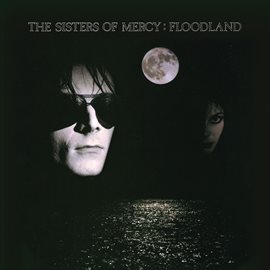 Taking their name, and also a compilation title, from a Leonard Cohen song shows where this band’s influences lay. Dark, poetic and interpretive, singer Andrew Eldritch’s lyrics aim for a grandiose scale. Here on their second album, it’s just Eldritch and bassist Patricia Morrison (making another coed band) moving away from guitar rock. Instead they embrace all the moody synths and tremor drum machines can provide in 1987. In fact they employ Meatloaf‘s collaborator Jim Steinman, bringing his Bat Out of Hell bombast to the songs This Corrosion and  Dominion/Mother Russia.

Like all goth rock bands, Eldtrich shunned the goth label as shallow. But this album perfectly embodies all the subgenre’s strengths. Deep, driving basslines like Lucretia My Reflection are now stuck in my mind forever. Despite vocals that sound like Lou Reed or David Bowie swallowed gravel, they somehow soar in epic choruses and ballads. Lyrics touch on angels, guns, flowers, drugs, snow and ice, and of course floods. It all makes for a heady, mature experience, only tempered by its dated production and utter seriousness. But at eight songs and 45 minutes, it’s quick and potent. 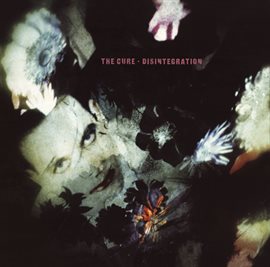 Saving the best for last, the band that first comes to mind when I think of goth rock. This album has appeared on many lists of the greatest of all time. Though between Cure fans, that’s a hotly debated argument split between several worthy contenders. While the band started in the ’70s as straightforward post-punk with an ear for pop hooks, by the mid-’80s their concepts and sound had notably darkened. (Remember Robert Smith’s time with the Banshees.) But Disintegration is that sweet spot in the band’s history when their writing, ideas, playing and production all fused perfectly into their own.

The Cure is a band teens have long felt an intense connection with. Smith’s lyrics sound like what countless high schoolers think their notebooks of poetry do. Yet Smith sings them with such an aching sincerity and vulnerability you can’t help but feel them. Hopelessly lost and romantic, this is not a happy album but a deeply cathartic one.

Songs about Pictures of You, Last Dance[s] and Homesick[ness] reverberate with regret and longing. Lullaby has frightening imagery of spidermen crawling in windows, bedtime stories Smith’s uncle told him long before his hair looked like a spider. Fascination Street was inspired by the debauchery the band imagined Bourbon Street would be filled with before they first visited. The only fault of the album is the songs continue to stretch into seven, eight and nine minute epics, allowing you to sink into its deep dark waters.

This album also features Lovesong, popularly covered by 311 and Adele and still getting radio play today. 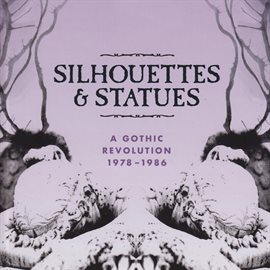 You definitely have to be in the mood for Disintegration or really any of these albums. But if you are there are few other genres that feel as dark and indulgent as goth rock. For an excellent starter course check out the five-disc Silhouettes & Statues: A Gothic Revolution 1978 – 1986. It’s an exhaustive overview of the origins to the height of the scene. It doesn’t leave a single band out, covering Bauhaus, Joy Division, Public Image Ltd., The Chameleons, Southern Death Cult (later known as The Cult), and the three bands mentioned in this article. Don’t overlook its cool companion book full of photos and liner notes!