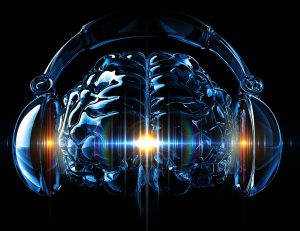 One of the most interesting trends in music today is the remix of older albums. No, not an album of dance remixes or rap versions. And no, not a simple remaster, which is pretty common. Many albums are getting a complete overhaul from their basic elements, which usually are remastered. That means the instruments and effects are mixed against each other in a completely new way. Sometimes things that were quiet in the background are now more audible. Often the remix will significantly boost the bass or stretch the dynamics a little wider. Other times it sounds like they recorded in a totally different place.

Does remixing rock albums make a well-worn classic new again or is it closer to George Lucas tinkering with the original Star Wars trilogy? Well, I found it can be a bit of both. Less a revelation than a good opportunity for reevaluation. Depending on how familiar you are with a record, it can be jarring to hear something you’re so familiar with sound at all different. You might ask why bother? Why put all this effort into giving well-worn songs an audio facelift? I sometimes grappled with that question as I listened to the following recently remixed albums. Two are beloved classics I know like the back of my hand. The other is a maligned and misunderstood album by an otherwise revered band. After several close listens with headphones, I started to hear the scope of each new take. 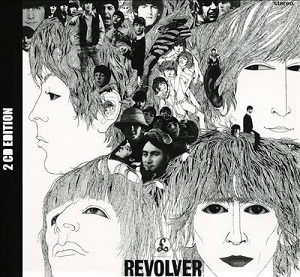 In 2009 the entire Beatles library was remastered from the original tape tracks for the first time. These were revelations from what had been available for decades. In the last few years , Giles Martin, son of Beatles’ original producer George Martin, remixed the band’s later albums yet again. While the 2009 versions sounded clean and polished, they were still very reverent to the intent of the original LPs. Giles’s new mixes, with Revolver being the latest, sound like he took each instrument as a piece of a puzzle, then rebuilt it according to a blueprint. In fact, he used AI techniques developed during Peter Jackson’s Get Back documentary to isolate or “de-mix” these tracks.

Overall this new recording of Revolver is a blast to revisit. You hear things in a new light. I also appreciate how tight their harmonies are and how locked in the drum and bass are. Each new song holds your attention in its clarity and dynamic instrumentation. After all, this was the album where the Fab Four really begin to stretch their songwriting techniques. Each member contributes vocals and lyrics, and each one’s style comes into their own.

The somber strings in “Eleanor Rigby” are front-and-center now, strong as a symphony. The engine room sound effects in “Yellow Submarine” practically sound like surround sound now. On the Motown tribute “Got to Get You into My Life” the horn section sounds accurate to that era, but appropriately never overpower McCartney’s chorus. And George Harrison’s guitar has such a forward and loud tone throughout you’d swear your brain’s buzzing. Even with this new mix, everything sounds faithful and balanced. I think that’s the key – despite all the studio tricks and work, you won’t get too distracted by them and you’ll just go along for the ride. 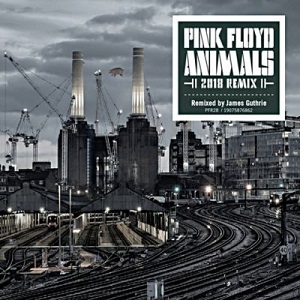 Pink Floyd’s most popular albums, from merchandise to radio play, are without a doubt Dark Side of the Moon and The Wall. The critical best has always been Wish You Were Here. But for many fans their most evergreen, personal favorite is 1977’s Animals, a five-song parable influenced by Orwell’s Animal Farm in subject and 1984 in theme. In truth, it’s basically three epic songs about dogs, pigs and sheep, each exceeding 10 minutes. Two short acoustic guitar pieces bookend the album, variations of the same song. But the seething critiques of human nature and the dynamics of power create an unforgettable album that never gets old.

Like the The Beatles’ discography, Pink Floyd received a complete and very tasteful remaster in 2011. But the band’s sole producer since 1978, James Guthrie, decided to try his hand at remixing Animals his way in 2018. Unlike the crowd-pleasing Giles Martin works, this is a decidedly unique sound that’s quite different from the Animals I’m used to. You won’t mistake it for a new album, but it’s certainly a choice. Most notably, it strips Roger Waters’s singing of its reverb throughout most of the album. While that gives them an immediacy, it also strips them of some mystique. In the previous mixes his vocals sounded mixed into everything and crying out. Here he sounds like he’s got the microphone right in front of you.

I do appreciate the bass is much louder and clearer in this mix! In fact it’s easier to separate each instrument here. But part of this album’s charm is a certain wash of effects – sounds of barking dogs, snorting pigs, bleating sheep, distortion and synthesizers. With such a clean and digital scrub to these elements, they almost get lost under the straightforward instruments. 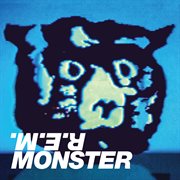 R.E.M. did more to influence the genre of alternative rock than any other band in the ’80s or ’90s other than The Pixies or Nirvana. By the time R.E.M released Monster in 1994, they were elder statesmen of the genre. Newer bands had turned the indie distorted guitars and bared-heart lyrics of R.E.M. into mainstream alt-rock. Not only that, R.E.M. had already reinvented themselves a few times with a string of three instant classic albums.

Monster shifted gears from the quieter, sometimes almost folky sessions that brought us “Losing My Religion” to a louder, poppier sound that was more sarcastic and coy. Some listeners saw it as a sell-out or chasing the crowd rather than leading it. That really makes it the perfect album for a reevaluation.

Scott Litt, the band’s producer from this era, decided to take another stab at mixing Monster. Packaged with the 25th Anniversary Edition’s original, this mix tries to present the band in a “less dated” sound. Litt stripps away some of the ’90s stylings for more timely arrangements. Like Animals, it’s a fascinating listen with overall mixed results. While “Crush with Eyeliner” keeps the strobing guitar pedal throughout, it strips the background squeal from the chorus in favor of an originally buried vocal melody. In “King of Comedy” Michael Stipe’s vocals are allowed to fill the space loudly. Before they buzzed at the same level as the guitar, fusing together. On other songs like “I Took Your Name” Stipe’s vocals now have strong distortion.

So it’s far less consistent in its remix mission. There’s not the unified approach here like on the older classic rock albums. But then again, this album was always less cohesive than most.

To return to the question, “Why bother with remixing when a perfectly good version already exists?” My takeaway was, “Why Not?” As long as the original mixes are provided to fans through streaming platforms, CDs and vinyl, then these new versions just add a new fold to the legacy. Other musicians like Pearl Jam and David Bowie’s estate have also gotten in on the remix trend. I think the goal of the record companies is two-fold with these:

It’s just fun to listen closely, think critically, spot the differences and compare your notes with others. They may not all be winners but when a new generation is talking about the Beatles again, it’s clear something’s working.