Did you know that country is the fastest growing music genre? According to Nielsen Music ratings and stats from streaming services, listeners have grown more than 15 percent since the start of the pandemic. Fans of country music can agree on two things:

I won’t bother discussing the second bullet since others have written about it better than I can. However, I will say genres evolve naturally with the changing tastes of the times. Furthermore, there’s still likely someone out there playing in a style that will appeal to you. They just might not get radio play. And that’s okay! What matters is the strength of the musicianship, the voices and the storytelling.

I’ve been listening to three new albums by musicians who’ve been working out of Nashville for years. Naturally they all got their start as “country” artists but have chartered their courses into other waters. Maybe it’s bluegrass, maybe it’s Americana or maybe it’s pop. Along the way they picked up many fans and critics who might not have otherwise given them a chance. Regardless of their changes, their core is still country. 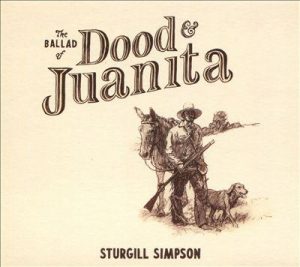 Simpson is one of the most beloved musicians in the alt-country scene today. Rock fans love him for his Nirvana cover (In Bloom) and capturing the electric loudness of the outlaw 70s. His voice sounds like George Strait or Randy Travis if they had made more illegal choices in their lives. But he’s also kindled a love of bluegrass, releasing two albums of strict Kentucky blue variety.

This quick narrative album combines all that plus old-timey western music with mouth harps, military snares and whistled melodies. It’s a Civil War-era yarn about a pioneer and his wife who’s been taken and his journey to rescue her with his dog Sam and mule Shamrock. Named after his grandparents, and peppered with sounds of rifles, campfires and violins made to sound like a donkey, it tells a great story you’ll want to hear again. Listen for Willie Nelson‘s guitar on Juanita.

Brandi Carlile – In These Silent Days (CD or Download) 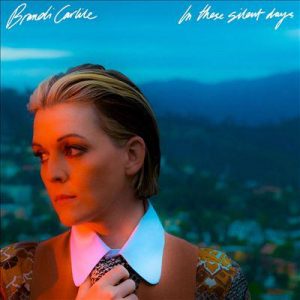 Carlile spearheaded the super-group The Highwomen (a play on the outlaw Highwaymen group of the 80s), which was one of the best country albums of 2019 (also available on Hoopla). Her newest album is change of pace. Here, she crafts a personal album full of compassionate songs that make a human connection. Songs addressing her partner and her children. These songs express a certitude in others more than oneself.

Clearly from its title to the sometimes somber and introspective tone this was an album created during the pandemic lock down. Carlile’s lyrics show her vulnerability at times (When You’re Wrong) and strong conviction (Mama Werewolf) during others. She wears her influences on her sleeve throughout. For example, she’s cited Joni Mitchell, the Indigo Girls and John Prine among them and you can hear their influence throughout. Besides the folk and Americana sounds you can hear soul influence in her vocals on Sinners, Saints and Fools. 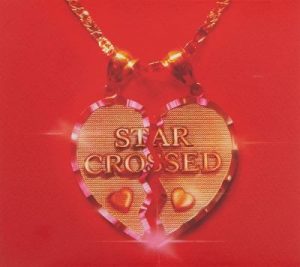 After proving her country bona fides (Hoopla), then her crossover appeal with 2018’s sublime Golden Hour (Hoopla), Musgraves returns with an album themed around her divorce. Most of the same band mates, writers and producers responsible for her 2018 album return here. (Sadly, former Topekan and library employee Brett Resnick who played slide guitar for her live isn’t present here.)

Naturally, this album is a bit more emotionally mixed than Golden Hour. A breakup is messier than a new marriage. Nevertheless Musgraves’s silky voice pulls us up and rallies us through her heartache, creating a thoroughly modern portrait of a union dissolved. You will absolutely get some of these songs stuck in your head. While the lyrics can verge on saccharine, she fuses pop and country in such an effortless way you don’t feel like looking back.

Even if you’re not the typical audience for twangy music, there’s probably a country-adjacent artist out there for you. If one of these gifted storytellers sounds interesting, give them a listen. You may find yourself among those enjoying America’s fastest-growing genre for the first time in a while.