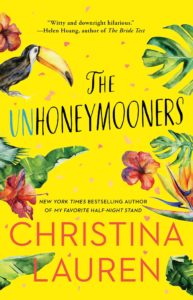 Christina Lauren is the pen name for best friends and writing partners Christina Hobbs and Lauren Billings. They are a publishing powerhouse duo. Their first book, Beautiful Bastard, was released in 2013, and since then their romance, YA and women’s fiction novels have hit the New York Times list 14 times.

The Unhoneymooners (release date May 15, 2019) is Christina Lauren’s 23rd book together, and it has already received starred reviews. Publishers Weekly called the book “…a delightful romance that will have readers hanging on every word.” The authors will be launching that book with us here in Topeka! Join us on May 15 at 7 pm for a conversation with the authors, Q&A, and a book signing after the event. We can’t wait! See our Facebook event to add it to your calendar. 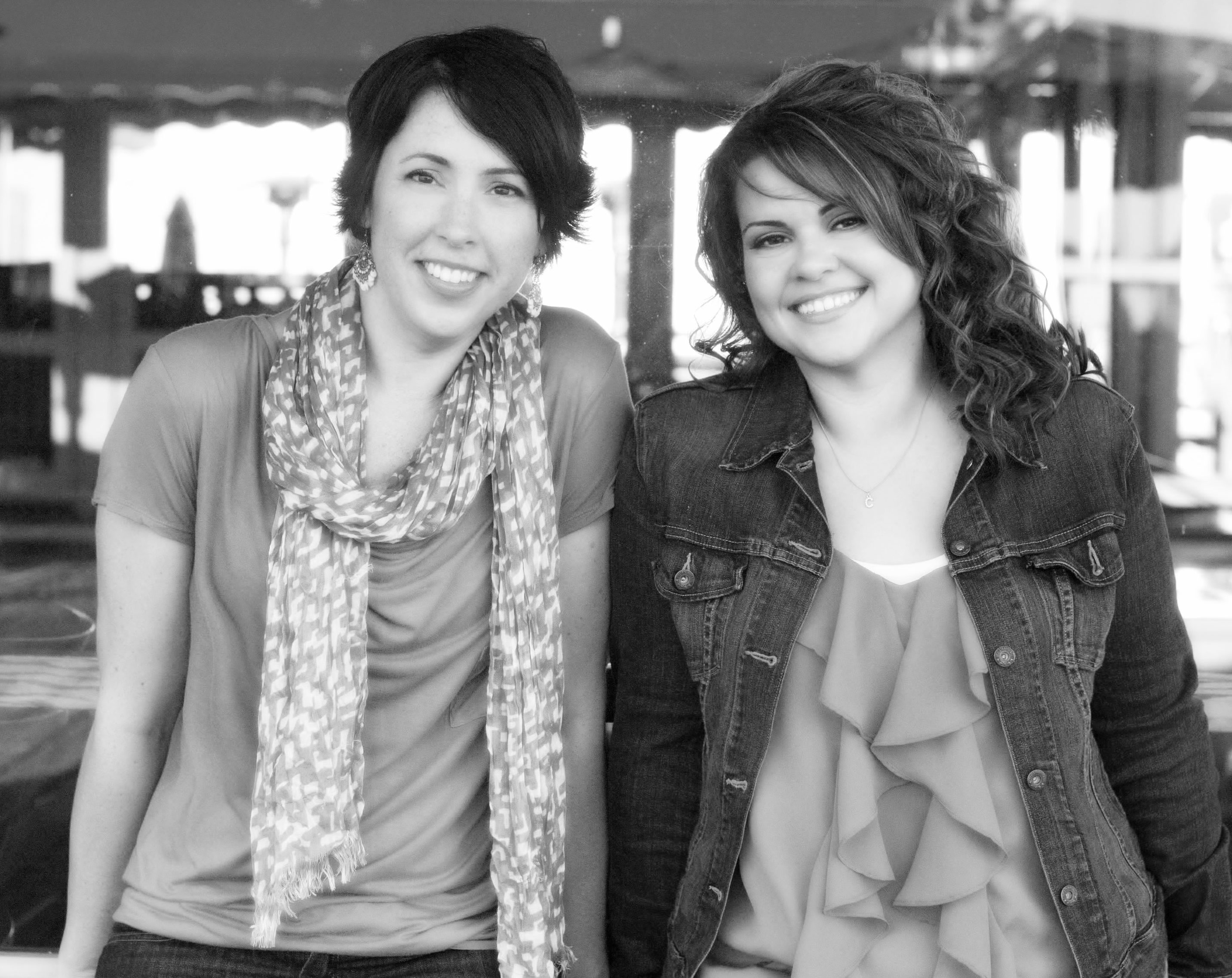 Lauren Billings and Christina Hobbs write together under the pen name Christina Lauren.

I asked the authors what can readers expect with The Unhoneymooners.

“Enemies to lovers meets fake marriage meets destination book? Is that a thing?” the authors said. “We wanted a book that lets you disappear from the real world for a few hours, with gorgeous scenery and tropical drinks and two people who can’t stand each other… until they can. It’s the book we’d take with us on vacation, or just when we want to feel like we are.”

Christina Lauren got their start writing in the fan fiction community. Their career is a great example of the talent that can come out of fan fiction. They are also an example of  how writers can connect with their tribe online and do great things together. The two writers first met by reading each other’s work online.

“When Lo [Lauren Billings] organized a panel at San Diego Comic Con in 2009 on fanwork and fan art, she invited Christina,” the authors said. “That’s how we met in person!”

Fans of Christina Lauren can look forward to seeing one of their favorite books on screen soon. The duo are currently revising the script for the film adaptation of their 2017 book Roomies. I’m there! They are also working on a new book. I asked for a teaser, and the authors obliged:

“Two good people work for two hilariously terrible people and have to help them fake it for the entire world. Chaos ensues,” the authors said. Sounds like another hit!

See below for a booklist of recommended reads and books by the authors. Read on for the full interview with the authors. Start thinking of questions to ask on May 15.

An Interview with Christina Lauren*

Christina and Lauren, how did you two start writing together? You can be brief, we’d love to hear the whole story when you’re here for your visit.

We met writing fanfiction online. We were both reading each other’s stories, and Christina’s fanfiction “The Office” was very popular. So when Lo organized a panel at San Diego Comic Con in 2009 on fanwork and fan art, she invited Christina there. That’s how we met in person!

The House is very different from your usual writing. What’s the story behind the story? How did you get inspired to write that book?

We consider ourselves very lucky that we’re able to write the story that’s in our head. One day Lo said, “I think I have an idea that’s very Edward-Scissorhands-meets-Christine. What if there was a boy who lived in a house, but the house is alive and basically provides him with everything and is his parents/siblings/best friend?” It grew from there!

I loved Autoboyography. What made you decide to write a story that speaks to LGBTQ+ youth?

We’d had the general idea for Autoboyography for a few years, but weren’t sure how to make it work until 2016. Lo is bi and grew up in a very progressive family in California. Christina has lived in Utah for most of her life, where she worked with kids who were, in many ways, just like Sebastian. If you had to ask us the book of our hearts it would be this one. It’s there on every one of the pages.

We’re so excited about your new book, The Unhoneymooners, and that you’ll be doing a book launch here with us at the library! Tell us just a bit about this book, beyond the blurb on the jacket. Why will your fans eat it up?

Enemies to lovers meets fake marriage meets destination book? Is that a thing? We wanted a book that lets you disappear from the real world for a few hours, with gorgeous scenery and tropical drinks and two people who can’t stand each other… until they can. It’s the book we’d take with us on vacation, or just when we want to feel like we are.

Give us a teaser, what are you working on now?

Two good people work for two hilariously terrible people and have to help them fake it for the entire world. Chaos ensues.

What do you like to read? Are there authors who have inspired you?

Christina: I usually reach for romance or thrillers, but will read anything. I just finished Daisy Jones and the Six and it was so amazing. I thought I knew exactly what would happen and I was totally wrong. I love when a book does the opposite of what you think and the author was right.

Lo:  I’ll jump around from nonfiction to romance to YA to literary fiction—it just depends on my mood. I recently read the upcoming The Grace Year by Kim Liggett and it was amazing! Perfect for fans of The Hunger Games, Maze Runner and The Handmaid’s Tale. I also recently enjoyed The Girl He Used to Know by Tracey Garvis Graves, and am currently reading Bad Blood by John Carreyrou – it is riveting.