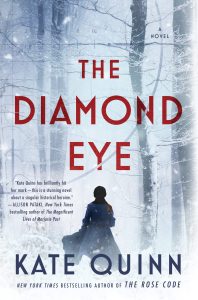 Historical fiction fans can choose from plenty of novels written about World War II. Author Kate Quinn stands out from the crowd with a fresh voice and a powerful perspective. The author of The Alice Network and The Rose Code tells stories based on the lives of real women, richly detailed and meticulously researched, with the tightly plotted action of a thriller. Quinn’s books keep you turning the pages, while also hitting you in the heart and inspiring pride in the strong women who served and sacrificed.

Her new novel, The Diamond Eye, tells the story of Lyudmila Pavlichenko, a Ukrainian history student and mother who joins the fight for freedom as the Soviet Union desperately defends against Nazi invasion. She becomes an elite sniper known as Lady Death, known for her accuracy and focus. Quinn does not shy away from the grim and heartbreaking reality of life on the front lines of defense. However, Mila’s story shines with determination, hope and strength. One woman can make a big difference.

The Diamond Eye will be released March 29. Get on the hold list. In the meantime, check out these other stories of World War II and women in action. 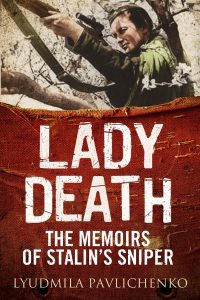 Learn more about Lady Death in her memoir, only translated into English in 2018. Lyudmila Pavlichenko was hailed as a hero after the war for her incredible sniper tally as well as her efforts raising awareness and support for the Soviet Union. Woody Guthrie was so inspired that he wrote a song about her. She was also featured on a Russian postal stamp. Now you can learn all about her journey from mother and student to hero in her own words. Download instantly from Hoopla as an ebook or audiobook. 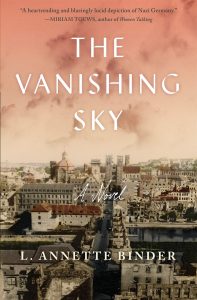 Most of the World War II novels I’ve read are placed in England or France. Annette L. Binder, a German-born author, takes us to the heart of Germany to share the experience of one family’s complicated service to Hitler’s regime. Etta and Josef Huber and their sons Max and Georg lived in rural Germany prior to the war. They are compelled to join up and be a part of Hitler’s vision as all German citizens were. The story alternates between elder son Max’s view from the front lines and younger son Georg’s experience at a Hitler Youth Academy. Binder was inspired by her own father’s experiences in Hitler’s Youth organization and by her grandfather’s journals.

The Bear and the Nightingale by Katherine Arden 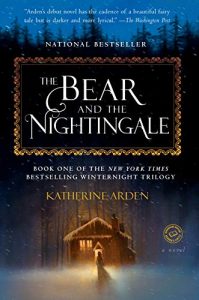 Lady Death has a partner in The Diamond Eye, a Siberian man who watches her back as she watches his. He reminds her of Morozko, a Frost King from Russian folklore. She also references the spirits of ancient beliefs in Russia, suppressed but not entirely eliminated by the spread of Christianity. Intrigued? In The Bear and the Nightingale, you’ll be transported to Northern Russia, in the long ago days when it was called Rus. The people still tell tales of magic, but they are losing their belief in the spirits of the forest. Without prayers and offerings, the spirits grow weak, and the village becomes vulnerable to evil.

Vasya is a young woman with the sight. She can see and speak to the spirits of nature and the house, and she cares for them in the old way. Vasya is brave, fierce and dedicated. She is determined to live a life of her choice instead of choosing either marriage or a convent as a well born lady of the time should. When evil presses close, she will risk everything to protect her family and her world. The Bear and the Nightingale is threaded through with Russian folklore. Arden is praised for her lyrical, descriptive writing. It’s the first in a trilogy. So if you love it, two more books about Vasya await you.

The Leper Spy by Ben Montgomery 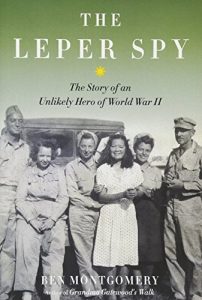 One of the top spies for the Allies during World War II was Josefina Guerrero, a young Filipina woman suffering from leprosy. Because she was ill, Japanese soldiers were too repulsed to search her. She was able to smuggle maps and explosives, and to relay information to the Allies about troop movements.

During the Battle of Manila, Guerrero walked through gunfire to bandage wounds and close the eyes of the dead. She was awarded the Medal of Freedom and enjoyed some notoriety after the war. Then her story fell between the cracks of history, until now. The Leper Spy is available instantly as an ebook or audiobook on Hoopla.