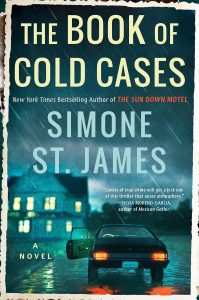 If you love suspense and chills as much as I do, The Book of Cold Cases by Simone St. James is your next binge read. The story is about a sensational serial killer cold case. In 1977 a female attacker in the small community of Claire Lake, Oregon, shot and killed two men at close range. Police found a note by first the body that said, “Am I bitter, or am I sweet? Ladies can be either.”

The bizarre and seemingly random killings became known as The Lady Killer Murders. Police arrested 23 year-old Beth Greer, but she was acquitted at trial. No one else has been linked to the crimes.

In 2017 Shea Collins works as a receptionist in a doctor’s office, but her passion is her true crime website The Book of Cold Cases. Shea is a survivor of a childhood abduction, which left her with a dark fascination for unsolved crimes.

When Shea meets Beth, she makes a leap and asks for an interview. To her surprise, Beth agrees on the condition that Shea conduct the interview in Beth’s sprawling family mansion. At first it seems like a dream come true. Beth is charming and open, and Shea can sense she’s on the trail to answers. However, something is very wrong in the house. Objects seem to shift when Shea is looking the other way, and the shadows are alive with movement. Chasing down the truth of what really happened in 1977 might be more dangerous than she could have imagined.

If you loved The Book of Cold Cases or you’re waiting for your copy, check out these suspenseful reads about true crime, cold cases and amateur detectives.

Catch Her When She Falls by Allison Buccola 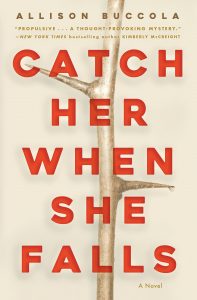 True crime blogs are inspiring a new wave of suspense fiction. In Catch Her When She Falls, internet sleuths inspire a fresh look at a case that was supposedly solved 10 years before. Micah’s high school sweetheart, Alex, was convicted of murdering her best friend, Emily.

A decade later Micah has finally moved on from the shock and loss. She owns a coffee shop in her small hometown. Micah has also started a new relationship with another old friend from high school. Then the true crime blog asks questions that force Micah to reconsider what she knows about Emily’s death.

Revisiting her memories of the night Emily was killed, Micah realizes she’s missing pieces of the puzzle. What really happened to Emily? Where is Emily’s brother, who hasn’t been seen since the night she died? Could Micah be next? 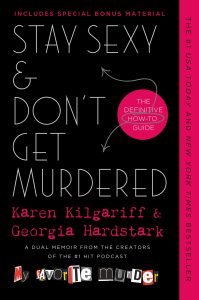 Karen Kilgariff and Georgia Hardstark are the voices behind the #1 hit true crime podcast “My Favorite Murder.” In their first book, they share stories about their struggles with depression, eating disorders and addiction. They also irreverently recount their biggest mistakes and deepest fears. Using their own pasts and true crime stories as a springboard, they discuss cultural issues and share advice on how to advocate for yourself and stay safe in a dangerous world. 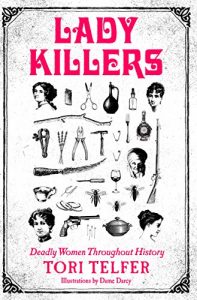 Contrary to popular opinion, Tori Telfer is here to tell you there are women serial killers. Meet 14 diabolical women from the 13th to 20th centuries in Telfer’s thoroughly researched book. These women seemed like wealthy women of leisure or innocent grandmas, but they were actually cold and calculating killers.

Telfer sorts myth from fact and examines how stereotypes about women skewed investigations of their crimes. True crime and feminist history intersect delightfully in this quick and fascinating read. Available with no holds as an ebook and audiobook on Hoopla.

Chase Darkness With Me by Billy Jensen 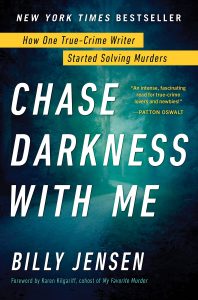 In this book you’ll ride along with Jensen as he identifies the Halloween Mask Murderer and finds a missing girl in the California Redwoods. He shares intimate details of the hunts for two of the most terrifying serial killers in history. The first is his friend McNamara’s pursuit of the Golden State Killer. Second is his own quest to find the murderer of the Allenstown 4 family. Jensen shares tips and tools to help you solve murders, too. Available as an ebook with no holds on Hoopla. 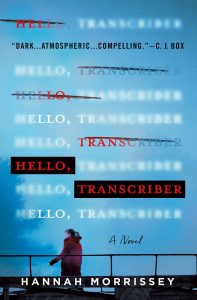 In this novel police transcriber Hazel Greenlee wants nothing more than to escape from Black Harbor. She hears all of the city’s most gruesome secrets. Writing a novel inspired by what she knows might just be Hazel’s ticket out. When her neighbor confesses to hiding the body of an overdose victim in a dumpster, Hazel joins detective Nikolai Kole in his investigation into Candy Man, a notorious drug dealer. How much will she risk for a story that might just be good enough to help her escape Black Harbor?

Hell’s Half Acre by Susan Jonusas 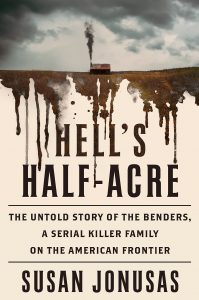 In 1873 the people of Labette County, Kansas, made a grisly discovery. Buried on a homestead seven miles south of the town of Cherryvale, in a bloodied cellar under frost-covered soil, were countless bodies in varying states of decay. The discovery sent the local community and national newspapers into a two-decade frenzy. The land where the crimes took place became known as “Hells Half-Acre.”

The case was catapulted to infamy when it emerged that a family of four known as the Benders was accused of the slayings. The idea that a family of seemingly respectable homesteaders were capable of operating “a human slaughter pen” appalled and fascinated the nation. This book is part gothic western, part literary whodunnit, and part immersive study of postbellum America. Hell’s Half-Acre sheds new light on one of the most notorious cases in our nation’s history. It also holds a torch to a society under the strain of rapid change and moral disarray.