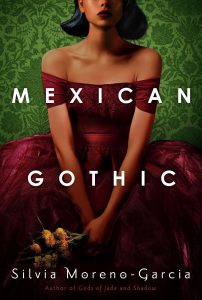 Mexican Gothic by Silvia Moreno-Garcia is a deliciously terrifying take on the Gothic tradition. It’s a fresh and exciting contribution to the horror genre that reads like Rebecca meets H.P. Lovecraft. The story begins with a family mystery, and quickly transitions to a creepy, isolated house with its own graveyard shrouded in mist.

Our fearless main character is Noemi, a spunky, slightly bored heroine who is considering how to break away from her latest beau. It’s 1950s Mexico and Noemi is a wealthy society girl who loves fun and parties. She also has a serious intellectual side and dreams of pursuing a master’s degree, though her family is not enthusiastic about the idea. When her father receives a rambling, seemingly psychotic letter from a newly married cousin, he sends Noemi to scope out the situation in exchange for a promise to let her pursue higher education.

At first, you might feel as though you are easing into a familiar haunted house story. The tale has a dark atmosphere, a beautiful young female lead and slowly building suspense. However, Mexican Gothic puts a twist in the typical tale by weaving in elements of colonialism and racism. Noemi is a resourceful and resilient heroine, not a meek mouse. You’ll never guess what is causing so many of the residents of this house to go mad and you’ll never forget the horrifying reveal.

If you’re waiting for your copy, here are some other dark tales to cozy up with this fall.

The Year of the Witching by Alexis Henderson 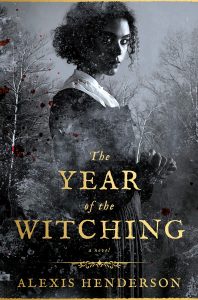 The Year of the Witching is a dark fantasy with stunning, cinematic horror scenes and an intersectional feminist focus. If you’re drawn to the strong female lead and richly dark atmosphere of Mexican Gothic, you’ll find this an irresistible addition to your to-be-read pile. The story takes place in Bethel, a theocracy ruled by a powerful prophet. Immanuelle ranks quite low on the hierarchy, even for a female. Before Immanuel’s mother died, she disgraced herself by falling in love with one of the dark-skinned residents on the fringes of society. Immanuelle is the child of that love.

To make matters worse, the Prophet had chosen Immanuelle’s mother as one of his many young brides. So her love affair became a matter of politics. Her beloved was executed, and her whole family lost status, relegated to a small house and a hardscrabble existence. Years later, teenaged Immanuelle works hard to do her part for her family. Although she longs for books to read, often goes to bed hungry, and wishes for answers no one is willing to give.

The Darkwood that surrounds the community is forbidden territory. It’s said to be plagued by evil witches that mean harm to all the good citizens of Bethel. Immanuelle feels as though she is being called to the shadows beneath the trees, but she tries to ignore the whispers in her mind. She accidentally goes beyond the tree line one day when she’s chasing an escaped ram. In the Darkwood she uncovers long buried secrets and curses, foretelling a path of blood and carnage for the community. With the help of the Prophet’s rebellious son, Immanuelle risks everything to save the innocents of Bethel from the curse and Bethel’s broken system. 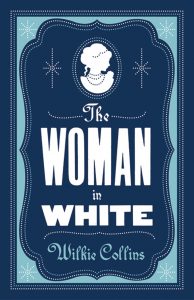 The Woman in White by Wilkie Collins

Check out a novel of suspense and mystery written in 1859. On a London street at midnight, Walter Hartright meets a mysterious woman dressed all in white. He helps her return to her home. He later finds out she had escaped from an insane asylum. Years later Walter takes a job as an art tutor to two young women, one of whom bears a strong resemblance to the woman in white. The novel is told through first-person accounts, for an immersive, real-life feel. The book has inspired a number of film adaptations, including a fantastic production from PBS.

Collins is considered a pioneer of the sensation novel, a genre that blended elements of Gothic romance and psychological realism. He is also often referred to as a father of detective fiction. His novels, especially The Woman in White and The Moonstone, have inspired generations of authors. These are both instantly available as an ebook or audiobook on Hoopla. 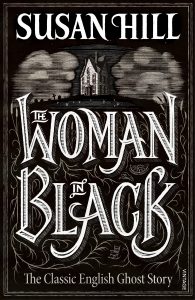 The Woman in Black by Susan Hill

This is another creepy page-turner that will keep you intrigued until the final, dark twist. The Woman in Black was published in 1983, but it reads like a classic Victorian ghost story. The story begins with a family gathered around the fire to tell ghost stories at Christmas. This sounds a bit strange to the modern reader, but it was a tradition. (Think A Christmas Carol, for an example of another Christmas-time ghost story). The narrator is enjoying the evening with his wife and stepchildren, until the tales of terror begin. He hints that he had an experience of such horror as a younger man that it completely changed him. He is still so shaken that he is unable to share the story as part of the festivities.

Afterward he pledges to write the story down for posterity. That tale is the one we read as The Woman in Black. As a young man and a new solicitor, Arthur Kipps is sent to a remote area in northern England to settle a woman’s estate. As he gets closer to his destination, he finds the name of the deceased woman strikes dread into those around him.

Soon Kipps begins to see things others do not, such as a woman in black looking into the grave of the deceased at the funeral. No one is willing to accompany him to the estate in the marsh, aside from a driver who will only drop him off and pick him up. Kipps chalks their behavior up to rural superstition. However, as he begins to sort through papers at the house, he sees and hears much that he can’t explain. In time the house and the marsh will give up their secrets, but Kipps will never be the same. 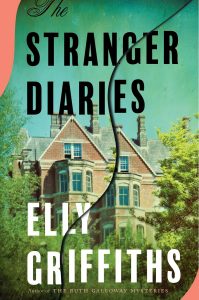 The Stranger Diaries by Elly Griffiths

This one is the stretch, taking you away from the horror shelves and over into mystery. You’ll still find an intelligent, brave young woman and a murder tangled up in ghostly happenings. The story takes place right around Halloween, which I love. If you like the Gothic and supernatural elements of Mexican Gothic but think that some of the horror sounds a bit too bizarre and gritty, The Stranger Diaries might be just right.

In this modern Gothic mystery, the fictional deaths of a famous short story begin playing out in real life. High school teacher Clare Cassidy specializes in Gothic literature, especially the writer R. M. Holland. She teaches in a high school built around the author’s old home. People say a woman in white appears at the school as a herald of impending death. At the beginning of the story one of Clare’s colleagues is found dead, in a way that unmistakably references Holland’s most famous short story, which Clare teaches every year. As the police search for the killer, Clare discovers that someone has written a puzzling message in her diary. She is sure the killer is someone close to her. As people keep dying, it seems that the murderer could be just about anyone, and the police may not be able to catch him or her in time.

I loved everything about this book. The story is told from three perspectives: Clare, her brilliant teenage daughter, and the lead detective working the case. There is plenty of intrigue and alternate theories, good character development, and a twisty ending I did not see coming. If you like to listen, the audiobook is narrated by a cast of wonderful readers. Available instantly as an ebook or audiobook on Hoopla.