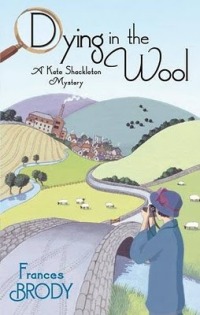 The First World War has ended and Kate Shackleton is still waiting for her husband to return from the war even though he was declared missing and is probably dead. While waiting she has developed a knack for finding missing persons but only as an amateur. Then in the mail Kate receives a request to find a missing father of a friend, and this time she has been offered money as a professional.

Kate goes to Bridgestead in Yorkshire where years earlier a mill owner, Joshua Braithwaite, went missing. Some suspect that he is dead from suicide, but others think he may have run off with his mistress. Regardless, nothing has been heard from him, and his daughter who is about to be married wants her father to walk her down the aisle.

There isn’t much time before the wedding, and though this is a small village secrets abound from Joshua’s great profits during the war to secret affairs of the heart. As Kate gets closer to discovering what the villagers are hiding her own life becomes endangered in Dying in the Wool by Frances Brody. This is a new series featuring Kate in the Roaring Twenties where women’s roles were changing and the world was trying to move on from the war. The next book in the series is A Medal for Murder.