I believe silent horror films are one of the best ways to first experience silent movies. For one, the plots are straightforward. Horror stories are simple enough anyway, but then cut down the dialog and you can follow by the visuals alone. Next, suspense and thrillers are designed to keep your attention. These will draw you in, their other-worldliness mesmerizing you. Lastly, it’s fascinating to see films that are a window into the past. These old films are often period pieces.

Spooky silents to check out

Here are some of the greatest silent horror films, all available at your library. Actually, most of them have been shown at Silents in the Cathedral in years past!

This epic production is still my favorite movie version of Phantom of the Opera. It stars Lon Chaney, known as the “Man of 1,000 Faces,” as the phantom. He’s in some of the scariest movie make-up ever. Everything you’ve come to know about the story is here: the chandelier drop, the sewers, the red masque suit (hand-colored red on film), and the removal of the mask at the organ. It’s all iconic!

Another iconic monster here in the bat-like Count Orlok, played by Max Schreck (yes, that’s where the ogre’s name comes from). The story follows the same beats as Dracula, serving as an unofficial adaptation. One difference, this is set when a plague is ravaging Europe. I had forgotten that plot point when I watched this during the COVID lockdown; it’s chilling enough as it is.

Like Nosferatu and several other films on this list, Caligari is a classic example of German Expressionism. The relationships, emotions and mental states of our characters are expressed through heightened make-up, high contrast lighting and sets that seem to bend and twist. Tim Burton’s entire style owes a lot to this one movie.

Sweden produced their own famous entry into the horror genre. This story is about a man’s journey to redemption in the face of looming death. While it’s not so much about the scares as it is about morality, it’s filled with wonderful special effects for the time. Notably this potent mix inspired a young Ingmar Bergman to direct movies and subsequently become Sweden’s most celebrated filmmaker. 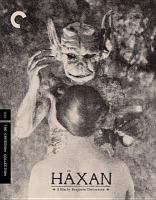 This is the most fascinating and odd movie on my list. It’s part documentary, part historical re-enactment and part narrative story. This Danish film depicts witchcraft through the ages with such outlandish imagery you’ll wonder how they ever got away with it. Its final message about society’s hysteria is surprisingly progressive.

Starring the patriarch of the Barrymore family (Drew’s grandfather John), this big budget Hollywood retelling of the classic story is still one of the best. The make-up effects for Mr. Hyde are still chilling, but subtle and believable.

A French adaptation of Edgar Allan Poe’s classic short story, this is one of the most dreamlike silent films. Everything from crossfades to slow motion to layering shots is used to disorient the viewer. Surrealist Luis Buñuel wrote the script. 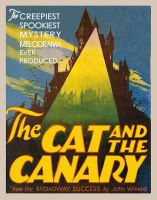 This is one of the original “old dark house” pictures. It’s full of trap doors, suspicious guests and an unreliable lead who may be losing her mind. Greedy heirs are invited to survive a night for the chance to inherent an old relative’s estate. Can keep their wits till then end?

From the same director as Nosferatu, this film is worth it just for the grand and haunting production design. It’s a classic story of a doctor who sells his soul to the devil in disguise. This film takes it to another level, taking the clash between good and evil to biblical scale. It’s haunting in its own grim, classical, German Expressionist way.

This is a period piece starring Conrad Veidt, the protagonist of Caligari, as a man punished by a king for his father’s misdeeds. His punishment is to have a smile carved into his face. Sound familiar? That’s right, the man’s image was inspiration for Batman’s archvillain The Joker.

See a silent film in a cathedral with live music

One of the things I look forward to every October is Silents in the Cathedral, co-sponsored by Friends of the Library! This event has become a Topeka tradition for many the Friday before Halloween. I’ve gone to almost every one since I was a kid. The grand and gothic Grace Episcopal Cathedral is the perfect setting for spooky films. We begin the night with a few short comedies, cartoons or other curios. The whole event is accompanied by live pipe organ and percussion music. (Ever wondered why they call it slapstick comedy? You’ll probably hear one!) To top things off, the event is emceed by film historian Denise Morrison who gives context to these now 100-year-old movies.

Check out this year’s Silents in the Cathedral on Fri, Oct 29, 7-10pm at Grace Episcopal Cathedral, 701 SW 8th, Topeka. The feature film will be The Bells (1929) starring Lionel Barrymore and Boris Karloff. Masks are required for this event.