December new releases bring a nice variety of tales with lots of twists and turns! Let these reads keep you guessing this winter.

1. Watching You by Lisa Jewell 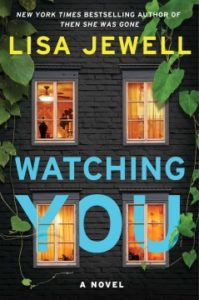 Voyeurism, obsession and murder are all pieces in this twisty thriller. Multiple narratives keep the story moving in a charming little English town. Everyone is keeping an eye on their neighbors and trying to uncover each other’s secrets. Whose secret is worth killing to keep? This is an ending you won’t see coming.

“Page one intrigued me. Page three hooked me. By page five, I was consumed. This compulsive, propulsive novel is both a seized-you-by-the-throat thriller and a genuinely moving family drama. Stellar.” —A.J. Finn,#1 New York Times bestselling author of The Woman in the Window

2. Once Upon a River by Diane Setterfield 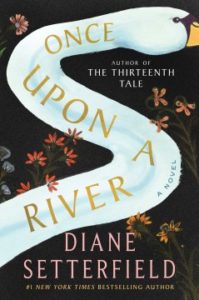 From the author of The Thirteenth Tale comes a powerful new novel about the disappearance of three little girls and the effect it has on their small town.

“One stormy night a stranger stumbles into the Swan Inn, near death from unexplained injuries, but soon becomes less astonishing than the bundle in his arms – a drowned little girl. Local nurse Rita tends to the stranger and confirms to the assembled people that the child is already gone. But when the child wakes up only a few hours later, the inn’s patrons start talking about the miracle child who died and then lived. As the story spreads from house to house, claims are made for the child: the parson’s housekeeper believes it’s her sister; the young and wealthy couple cry that it’s their kidnapped daughter; and a scoundrel says she’s the daughter his wife took away from him. What is the truth? And where does the mythical ferryman Quietly fit into the story?”—Library Journal

“One of the most pleasurable and satisfying new books I’ve read in a long time. Setterfield is a master storyteller…swift and entrancing, profound and beautiful.” —Madeline Miller, internationally bestselling author of Circe and The Song of Achilles 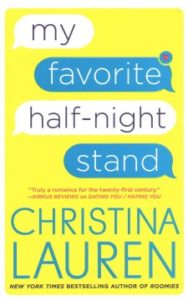 In this romantic comedy criminology professor Millie Morris is one of the guys at UC. However, one evening Millie and her best friend Reid Campbell have a half-night stand (they part early and decide to stay just friends). Their feelings get a little complicated. She uses a fake dating profile to flirt with Reid and opens up about topics she’d never discuss in person. When they start to get closer in real life, too, she realizes her online persona may cause problems. Reid is torn between Millie and her digital alter ego.

“A funny, sexy page-turner that warns: Keep your friends close and thier avatars closer.”—Kirkus Reviews 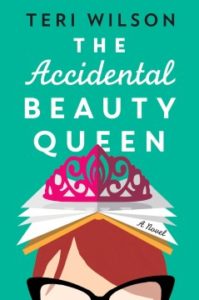 Charlotte and her identical twin sister Ginny are very different. Charlotte is a school librarian happy to be in the background. Ginny is an Instagram-famous beauty pageant contestant. When Ginny has a face-altering allergic reaction right before a pageant, she convinces Charlotte to compete in her place. Charlotte is totally out of her element dealing with hair extensions, push-up bras and super high heels. This sets the stage for a charming romantic comedy.

“The perfect recipe for a feel-good read: Mix one part Mr. Darcy, one part sisterhood, one bulldog named Buttercup and add a hefty sprinkle of glitter. I laughed, cried, and swooned and even felt better in a bikini after reading it!” —Lindsay Emory, critically acclaimed author of The Royal Runaway 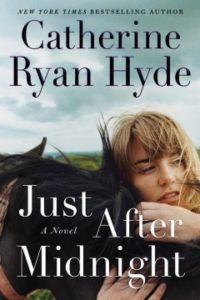 “Finally ready to divorce Robert, Faith seeks refuge at her parents’ California beach house, a sanctuary that, until now, has always been rented out, so Robert has never known its location. But one morning she discovers Sarah, a teenage girl, sitting on the beach in front of her door. Now living with her grandmother Constance down the shore, Sarah is grieving not only the loss of her mother to a gunshot, but also her father’s sale of her beloved mare, Falkner’s Midnight Sun. Having lost her own mother at age 12, Faith connects easily with Sarah, and the two begin forging fragile ties. Yet Faith’s own shaky confidence is rattled when she notices a man following her car, and she suspects that Robert has hired a private investigator to locate her. However, when the man turns out to be her new neighbor, Greg, Faith must weigh her fears against her hopes to find love again. Meanwhile, to help Constance gain custody of Sarah, Faith agrees to take the girl away, reuniting her with her horse. And as the horse’s new owner seeks a buyer, Sarah prepares to say goodbye to Midnight one more time and face the truth about her mother’s death. Perhaps best known for Pay It Forward, Hyde has written another novel that’s primed for filming. Their spirits bruised, each woman, young and old, struggles to overcome the dominance of men, and Hyde’s talent lies in drawing these women together with bonds of compassion.” —Kirkus Reviews