In a weed-choked ravine in the rugged Baldwin Hills the searchers finally found what they were looking for: three little pairs of shoes neatly lined up, and in the nearby canyon, three little girls – raped and strangled – lay dead in the weeds and sand. 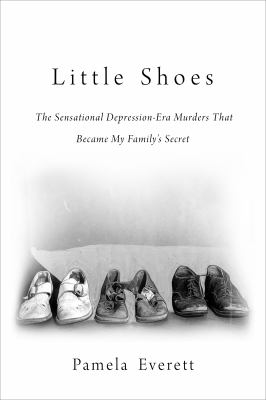 It was a monstrous end to a sunny, play-filled day in Inglewood, California. On June 26, 1937, Marie and Madeline Everett with their friend Jeanette Stephens were playing happily in a neighborhood park. With their thermos of milk, a Mickey Mouse book and a blanket spread under their favorite pepper tree, they readily welcomed a park regular, “Eddie the Sailor,” who enjoyed amusing children with rope tricks. Later, the girls excitedly prattled that they were going on a rabbit hunt and they romped away toward the Baldwin Hills, never to be seen alive again.

After the shocking discovery of the bodies, the evil act made headlines across the country and the police were under enormous pressure to catch the killer. In the ensuing manhunt, suspicion fell on a WPA crossing guard Albert Dyer who eventually confessed to the murders. Despite a low IQ and a disconcerting habit of confessing then recanting, the “Smiling Monster of Inglewood” stood trial for the murders and was swiftly convicted.

But this isn’t the end to this once-notorious and now nearly forgotten tragedy. As a young woman, Pamela Everett discovered that Marie and Madeline Everett were her aunts and the circumstance of their tragic killing had been a family secret for years. Determined to discover all she could about the murders, she used her skills as a journalist and lawyer to find out the truth about Marie and Madeline. In doing so, she may have uncovered the real killer and the realization that Albert Dyer was an innocent man.