Everybody knew that Jessie was a liar. The pretty 9-year-old with the soft red hair and clear green eyes lied blithely, frequently and without remorse over matters both silly and serious – her father’s job, whether a toy was hers, the scars on her legs. So, when Jessie described how Joseph, the head of her group home and a kind man with an impeccable reputation, touched her in the shower, there was almost universal disbelief. As her therapist Torey Hayden said, “How could the child who never told the truth make herself heard?” 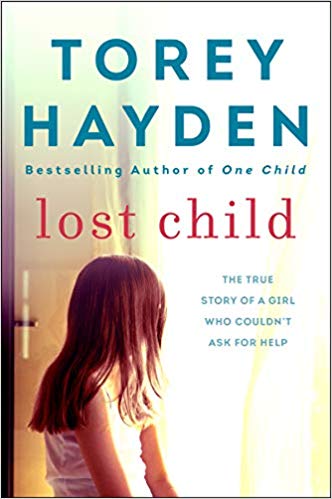 With her years of experience as therapist, Hayden felt quite strongly that Jessie had been sexually abused. There was a disconcertingly sexual overtone in Jessie’s physical contact with the staff in the group home as well sexual references in her play therapy with puppets. No one doubted that Jessie was a very troubled, emotionally disturbed child. Her parents willingly relinquished their rights after Jessie set fires in the home and tortured the family dog. Yet Jessie’s accusation still seemed unbelievable. Was this just another lie from an incorrigible liar? Or was Jessie really telling the truth?

Torey Hayden fans (me! me! me!) will be delighted to have a new book from this popular author. Readers of the Lost Child: The True Story of a Girl Who Couldn’t Ask for Help will, however, find many changes from her previous books. Lost Child takes place in Wales, where Hayden currently lives, and there are many differences between the American and UK treatment of emotionally disturbed children. In addition, therapies and philosophies have inevitably evolved from when Hayden first started working with children. What hasn’t changed, however, is Torey Hayden’s eloquent writing about her love and compassion for deeply troubled children.