When nothing else sounds good music-wise, I turn to fingerstyle guitar. If I’m tired of all my favorites and I’m not in the mood to find new music, these artists hit a sweet spot that nourishes my soul like little other music on this earth. My family told me when I was in utero I was played a mixtape with a lot of Windham Hill founder William Ackerman‘s songs. I like to think that has something to do with my love of the genre!

What is fingerstyle guitar

Acoustic fingerpicking is a tradition that’s usually instrumental and very expressive and impressionistic. Unlike flatpicking (with a pick) or electric fingerstyle, acoustic fingerstyle uses many techniques to create a rich and dynamic sound. You may have seen people like Eddie Van Halen, Derek Trucks and Mark Knopfler incorporate some of these styles into electric guitar. However, the unique sound created by fingerstyle guitarists is so technically complex people often say it sounds like two or more guitarists. But don’t mistake complexity for coldness. This genre is warm and soulful, expressing feelings and moods words fail to convey.

It also fuses almost every traditional style of guitar-playing:

There are hardly any fingerstyle musicians who don’t have at least a little rock and funk in their DNA. Open tunings are the norm, creating tonal parings we’re not used to in pop music. They create their own percussion by slapping the body of the guitar. They’ll play with both hands on the neck of the guitar to syncopate something resembling harpsichord. They may use both hands down toward the base and let the deep notes rattle the strings against the frets. Sometimes their fingers hammer the strings from above, like a piano, and sing out in high treble.

As Kaki King explains in the intro video above, combining them is like putting the band together! 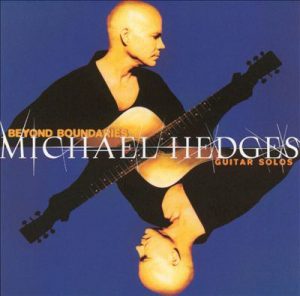 Michael Hedges grew up in Enid, Oklahoma. Northern Oklahoma College where he attended now has a street named in his honor. But he found his home in California, influenced by its folk music scene and eventually opening for Crosby, Stills & Nash, Suzanne Vega and fellow guitarist Leo Kottke.

Will Ackerman signed him to Windham Hill records while he was still attending Stanford for music after seeing Hedges play a show. They signed a contract on a napkin on-the-spot. To describe Hedges’ music as transformative or transcendent isn’t an overstatement. He built on acoustic guitarists like Kottke and John Fahey‘s style, sometimes in unorthodox ways. He recorded his first two albums exclusively with alternate tunings on steel strings, lending to his distinctive, often imitated sound.

Despite his start as an acoustic guitarist, Hedges eventually incorporated things like the harp guitar, slide guitar and his own gentle, smooth vocals. An interest in electronic music led him to use synthesized effects and a looped guitar played backward in some songs. Hedges could play aggressively and groovy enough to rattle the guitar itself, the thwack of strings rocking the audience. Like the next musician he wasn’t shy about covering favorites like All Along the Watchtower. Sadly, Hedges died in 1997 from a car accident at 43. 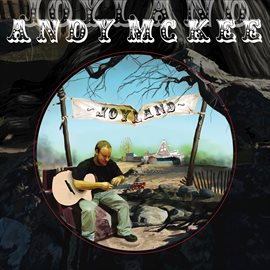 Andy McKee is one of the original viral YouTube success stories. The video for his song Drifting as of this writing has 60 million views and brought fingerstyle guitar to the world’s awareness. Truly, it’s allowed him to tour Europe, North and South America, and Asia almost nonstop since 2006. It even caught the attention of Prince who invited McKee to open for him on every stop of his Australian tour in 2012.

McKee’s musical tastes started in heavy metal, influenced by Iron Maiden and Dream Theater (whom he eventually got to open for). After seeing fingerstyle guitarist Preston Reed live, McKee began to practice in this other intriguing style. Though he never got to meet Michael Hedges, McKee titled the song The Friend I Never Met in reference and a cover of Hedges’ Ragamuffin appears on his Symbol EP. In the last several years, he started an annual guitar workshop in California called Andy McKee’s Musicarium, teaching students techniques and songwriting along with those peers.

McKee is a native Topekan who still calls this his home!

He even named an album Joyland as a nod to Boyle’s Joyland. I first saw McKee play at the Classic Bean in Fairlawn Plaza shortly before that viral video. I asked my parents to take me and they were eager to check it out. The place was half full, he was selling his own CDs, and rocking a cool Dawn of the Dead T-shirt. He was kind and happy to answer all our questions.

By the next year when we saw McKee play the cafe again, it was absolutely packed! The year after that, he’d fill a ballroom at the Ramada, and I’ve since seen him pack The Bottleneck in Lawrence and White Concert Hall at Washburn. Even though he plays all over the world, McKee still manages to play somewhere in Kansas every time he returns. And almost every time it’s a different town, giving different folks a chance to see him live. If you get a chance soon, I highly recommend going! 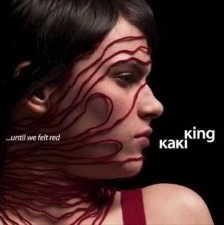 Kaki King started her career in the mid-’00s, around the same time as McKee. I first saw her play on Conan O’Brien’s show and was amazed to see another young fingerstyle guitarist on a national stage. I bought her first album the next day. She’s been playing guitar since she was capable – inside that CD case is a picture of King as a toddler with proper hand position on the neck of a tiny guitar.

Also inspired by Preston Reed, King’s first albums are pretty straightforward and mostly instrumental affairs. By the time her third, fourth and fifth albums came about, she had incrementally expanded her sound to a wider spectrum of instruments, production and band mates.

Like Hedges, I could feel a restlessness with King’s albums as time went on. She began singing her own poetic lyrics, including some minimal electronic backing and experimenting with longer and short-form songs. King also plays a mean pedal steel guitar. A rock feel truly comes out by the time she assembled a band on Junior. Some songs really sound like the indie/alternative of the ’00s that reminds me of high school. Even with the fuller sonic palette, King never lost sight of her strength in fingerstyle playing. The guitar is never lost in the mix of those songs. Rather, it leads the way with all of its rich complexity you don’t get from any other bands of the time. She’s appeared on the Tonight Show with Jimmy Fallon and contributed to the soundtracks of August Rush and Into the Wild.

If you haven’t listened to much fingerstyle guitar, I can’t recommend it enough. It literally goes with everything: dinner parties, reading, sleeping, relaxing, driving, celebrating and grieving. McKee’s Song for My Father was so instrumental in getting me through my grandfather’s passing that it’s hard to listen to now. His livestreamed McKee Monday performances on Facebook helped fans worldwide through the most uncertain start of the pandemic lockdown. It’s a cool little world of harp-guitars, passerrelle bridges and professionally lacquered thumbnails. I urge you to watch the performances, not just listen.