My top picks for June new releases are centered on families or friends who feel like family. These novels will pull you into the relationships and keep you reading to find out how these relationships evolve through challenges and misadventures. 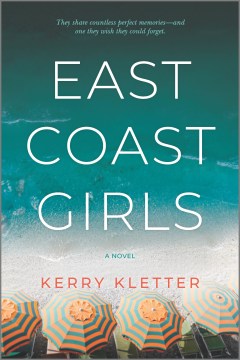 Four childhood friends share a bond that makes them feel like sisters. All four women had difficult childhoods and the summers they spent together are their best memories. However, one terrible night after high school graduation changed everything.

Twelve years later they are trying to reconnect and find happiness again. At this reunion a new tragedy tests them and forces them to confront the decisions they’ve had to live with and secrets they don’t want revealed.

“East Coast Girls is a dazzling and thoughtful beach read that brings to life the unique friendship of four unforgettable characters, a gorgeous Montauk setting, and a driving mystery that touches on timely feminist themes. Readers of Elin Hilderbrand and J Courtney Sullivan will devour this book.”—Brenda Novak, New York Times bestselling author of One Perfect Summer.

2. The Sight of You by Holly Miller 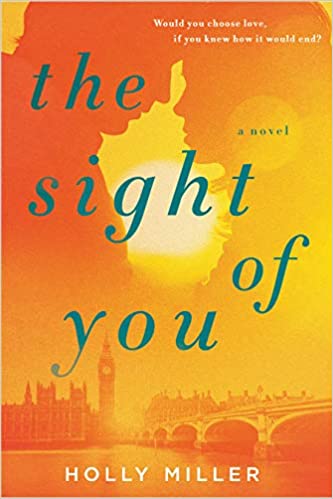 Joel has sworn off falling in love. But when he meets Callie, he can’t help being drawn to her. In Callie, he sees a second chance at life. And in Joel, Callie discovers the kind of love she’d always hoped was real. They challenge each other to take chances, to laugh, and to trust that no matter how hard each falls, the other will be there to catch them.

But Joel has a secret. He dreams about the people he loves and these dreams always come true. One night, Joel has the dream of Callie he’s feared the most, and each must decide: Can Callie stay, knowing her fate? And if her days must be numbered, is there a life she is meant to live?

Told in Joel and Callie’s voices, The Sight of You is a sweeping, romantic and unforgettable American debut, about the bravery it takes to love, especially when we think we know how the story will end.

“I’ve just finished it and I’m in BITS. There are literally tears still dripping from my chin. What an extraordinary book. It’s exquisitely written, incredibly moving and impossible to put down. It made me want to go and give everyone I love a very, very big hug. Who could fail to fall in love with Callie and Joel?” —Beth O’Leary, author of The Flatshare

3. The Daughters of Erietown by Connie Schultz 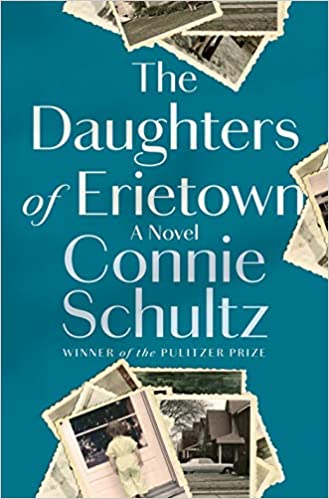 1957, Clayton Valley, Ohio. Ellie has the best grades in her class. Her dream is to go to nursing school and marry Brick McGinty. A basketball star, Brick has the chance to escape his abusive father and become the first person in his blue-collar family to attend college. But when Ellie learns she is pregnant, everything changes. Just as Brick and Ellie revise their plans and build a family, a knock on the door threatens to destroy their lives.

The evolution of women’s lives spanning the second half of the 20th century is at the center of this beautiful novel that richly portrays how much people know—and pretend not to know—about the secrets at the heart of a town and a family.

“Connie Schultz has long been one of the great chroniclers of the American Dream, telling the true stories of everyday men and women with compassion, heart, wit, and wisdom. Her powerful debut novel contains all that, plus the essential magic that only fiction can provide. Schultz offers up a deep exploration of the inner lives of one family. Their hopes, desires, and heartaches blaze forth on every page.”—J. Courtney Sullivan, New York Times bestselling author of Saints for All Occasions

4. I Was Told It Would Get Easier by Abbi Waxman 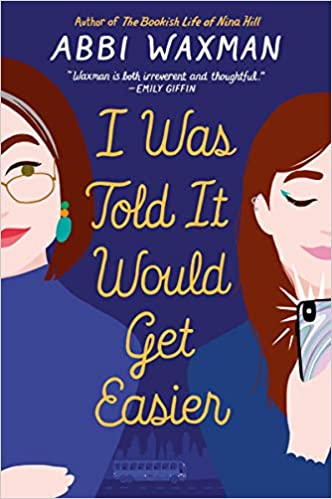 Squashed among a bus full of strangers, mother-daughter duo Jessica and Emily Burnstein watch their carefully mapped-out college tour devolve into a series of off-roading misadventures, from the bestselling author of The Bookish Life of Nina Hill.

Jessica and her daughter Emily set off on a college tour up and down the East Coast. They will visit family and friends along the way. Jessica hopes the trip will strengthen their relationship, which has been strained the last several years. She’s not sure Emily even likes her anymore and Jessica’s not sure she likes herself.

Emily is eager for a glimpse of a life of freedom and excitement, even through she’s not sure she wants to go to college. She’s also hoping some of the other kids on the tour will like her more than the kids at her high school.

“Waxman expertly navigates the fraught shoals of college admissions in this spot-on tale…. Waxman’s alternating first-person narration from Jessica and Emily rings true, while a memorable supporting cast…provide excellent support…This sweet treat doesn’t require a college-bound child to enjoy, though anyone who has helped their offspring weather the admissions process will definitely appreciate this sharp send-up.”—Publisher’s Weekly 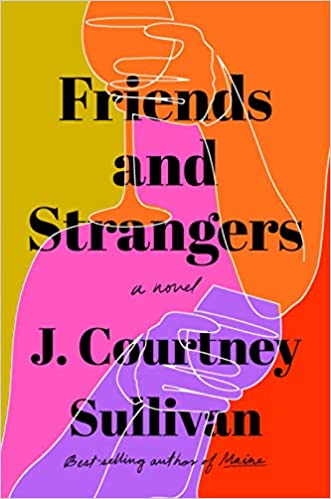 After 20 years in New York, accomplished journalist Elisabeth is struggling with life in a small town. She feels adrift as a new mom alone with her infant son all day. Elisabeth finds herself spending more time on social media than on her work.

Elisabeth hires Sam, a senior at the local women’s college to babysit. Sam’s struggling to stick to her ambitious life plan as she’s tempted to follow a more romantic path. Like most college seniors she’s also worried about student debt and the future.

The women become close, but the true differences in their lives are apparent when there is a betrayal. How will both women move on?

“I have long been a fan of J. Courtney Sullivan’s insightful and rich novels—Friends and Strangers is her best yet! Sullivan has a stunning ability to capture the tenderness and frailty of human relationships. Her newest is a poignant, wise, big-hearted novel full of complicated women doing their best and striving to do better. I loved it.”—Taylor Jenkins Reid, best-selling author of Daisy Jones & The Six