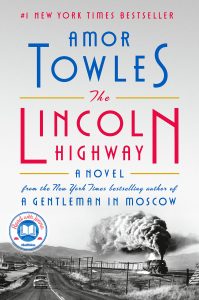 Ride along on a 1950s road trip with the newest novel from Amor Towles. In The Lincoln Highway two brothers are on a journey from the Midwest to New York in the summer of 1954. Eighteen year-old Emmett Watson just served a year on a Kansas work farm for involuntary manslaughter. The warden brings him home to Nebraska and encourages him to make the most of his second chance.

Emmett’s mother left years before and his father died while Emmett was serving time. His little brother Billy is only 8 years old and Emmett is taking over as his caregiver. Both boys want a fresh start in a new state. Emmett carefully plans a journey to California to buy a house, fix it up and sell it for a profit.

The plan goes awry when two young men from the Kansas work camp show up on the Watson farm. They stowed away in the warden’s car. Emmett plans to drop them off and get back to his map and itinerary. However, the stowaways draw the Watson boys east into a series of adventures over the next 10 days. Emmett and Billy ride the rails, meet new people, and become closer to one another.

The Lincoln Highway is a fast-paced story told from multiple perspectives. I felt pulled into the action right away and couldn’t wait to see what would happen. My favorite character is young Billy, who is smart, optimistic and still charmingly naïve about the world.

If you’ve been waiting for The Lincoln Highway, you can jump the line and check out the ebook or audiobook during the month of January with no waiting from OverDrive! After you read, join us for a Zoom book discussion Jan 31 at 7pm to chat with other readers.

Greetings From The Lincoln Highway by Brian Butko 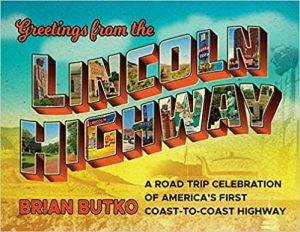 Learn more about the first continuous road that connected the U.S. east coast and west coast from the nation’s leading authority on The Lincoln Highway. This book allows readers to travel across 100 years of the highway from New York City to San Francisco. There are stops at historic landmarks, bridges, taverns, movie palaces, diners, gas stations, ice cream stands, tourist cabins and roadside attractions. Color maps and stories of the highway take readers through 14 states. There are also excerpts from memoirs and old postcards to give you a feel for what early motoring was like. Available with no holds as an ebook on Hoopla. 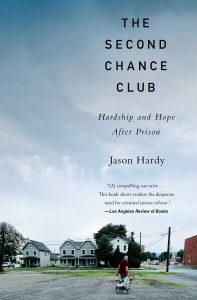 In The Second Chance Club, a former parole officer takes a look at how our modern day system prepares (or fails to prepare) the incarcerated for their return to society through the stories of seven men trying to find their place in the world again. Available as an audiobook with no holds on Hoopla.

“In an outstanding debut, Hardy, now an FBI agent, relays his experiences as a probation officer in New Orleans. He offers an immersive look at Louisiana’s criminal justice system through the perspectives of seven parolees who were impacted by the retail drug trade. In each of the book’s three parts–need, risk, and harm reduction–Hardy describes the daily life of a probation officer. What stands out are the compelling stories throughout, along with Hardy’s sympathy for parolees and genuine insights into the root causes of street crime. Readers meet Damien, a cynical drug dealer, and Charles, Hardy’s mentor and a fellow probation officer. The narrative follows the author’s days in court and efforts visiting state offices in hopes of enacting reform. Along the way, Hardy profiles players in the system and offers solutions to the high recidivism rate (compared to outcomes in federal courts).” – Library Journal

One Plus One by JoJo Moyes 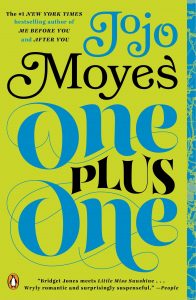 If you’re looking for a lighter take on the road trip that still explores touching and important themes, One Plus One could be a perfect pick. It’s one of those lovely books that will make you laugh out loud and might also make you cry. Jess is a single mom struggling to make ends meet with no help from her former husband. Her son is being bullied. Her daughter has been offered a chance at an elite math program Jess cannot afford. Jess is at rock bottom when her car breaks down on the way to a Math Olympiad that could get her daughter a scholarship.

Enter Ed, a wealthy and annoying guy who owns the house Jess cleans. Ed is dealing with his own troubles. He sees an opportunity to do a good deed by offering Jess and her family a ride. For the sake of her daughter, Jess takes him up on his offer. Four people and one dog crowd into a car and head to Scotland. Their lives will never be the same.

The Dutch House by Ann Patchett 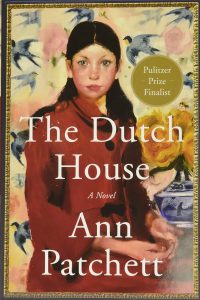 Patchett’s most recent novel features two siblings who are forced to depend on each other. Just like Emmett and Billy in The Lincoln Highway, Danny and Maeve’s father has died and their mother has left. The Dutch House takes place over five decades, so readers get to see how Danny and Maeve’s tight bond impacts the course of their lives. They are kicked out of the family home and denied their inheritance after their father’s death. However, the two rely on each other as they go to school, pursue careers and choose how to spend their lives. Available as an ebook and audiobook with no holds on Hoopla. Bonus: the audiobook is narrated by Tom Hanks and he does a fantastic job! 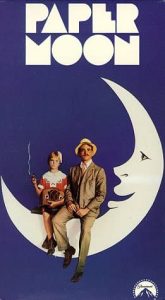 After reading about tricky Duchess and his con-man father in The Lincoln Highway, I wanted to revisit the movie Paper Moon with Tatum and Ryan O’Neal. The the movie is set a couple of decades earlier in Depression-era Kansas. However, when I think of road trips, grifters and clever hijinks, Paper Moon comes to mind. The story follows a con-man who travels around taking advantage of grieving families. He adopts a 9-year-old orphan and begins to teach her the art of the con, only to find she’s a natural.