Each of these new November releases will have you on the edge of your seat as the twists and turns of each mystery unravel. With a little magic and quite a few secrets, these reads will suck you in until the very last page.

1. The Family Upstairs by Lisa Jewell 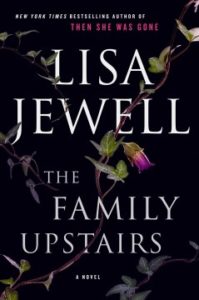 Twenty-five years ago in a mansion in Chelsea, the bodies of Henry and Martina Lamb, and a mysterious stranger were discovered with a bizarre note next to them. Upstairs lay a happy healthy 10-month-old baby. The four other Lamb children were nowhere to be found.

The story is told from three separate perspectives – Libby’s, Lucy’s, and Henry’s. Lucy is living in Paris with her two kids  when she receives a text that says “the baby is 25.” Henry is Libby’s brother. As their stories merge, they uncover secrets about the mystery surrounding the lives and deaths of the Lambs.

2. Get A Life, Chloe Brown by Talia Hibbert 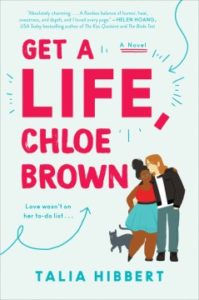 After a near-death experience, chronically ill, computer geek Chloe Brown makes a list of directives to spice up her life. The first directive she has already completed, to move out of her parent’s house and into her own apartment.

She needs a bit of a push to complete more of the list. Her new building superintendent, Redford “Red” Morgan, with his motorcycle, tattoos and secret artsy side, is the perfect guy for the job.

As Red helps Chloe work through her list, their relationship develops beyond the teasing friendship. The sparks fly but these two couldn’t be more different. They begin to wonder if they can overcome their past traumas and secrets to make this relationship work.

“With wit, biting humour and moments of extreme poignancy, Talia Hibbert brings to life a heroine whose courage and tenacity leaps off the page… Get A Life, Chloe Brown is funny, sexy, and intensely romantic, highly recommended for any contemporary romance reader, but especially for the many of us who, like Chloe, navigate life through the lens and under the weight of an invisible illness.” -Lucy Parker, author of The Austen Playbook

3. The Starless Sea by Erin Morgenstern 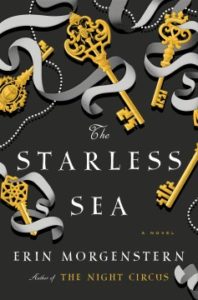 Zachary Ezra Rawlins is a graduate student in Vermont. On a routine trip to the university library, Zachary finds a mysterious authorless book hidden in the stacks. The book somehow has a story from his childhood when he found a door painted on the wall but unbelieving in magic he walked away.

In search of more information about this strange book, Zachary stumbles upon a secret society hosting a literary masquerade party. At the party he goes through a painted door and finds himself in a giant, maze-like, subterranean library called the Harbor. In this library all languages are comprehensible to everyone and time moves differently. Its wonders include moving statues, edible stories and a sea made of honey.

The library has fallen into disrepair and the secret society is trying to shut all the doors that lead to the Harbor. Zachary joins forces with otherworldly Mirabel and former society member Dorian to protect the Harbor.

“Morgenstern’s new fantasy epic is a puzzle box of a book, full of meta-narratives and small folkloric tales that will delight readers. … Morgenstern uses poetic, honey-like prose to tell a story that plays with the very concept of what we expect and want from our stories. … She trusts her readers to follow along and speculate wonder and make leaps themselves … giving the book a mythic quality that will stick with readers long after they put it down.” —Booklist, starred review

4. Nothing More Dangerous by Allen Eskens 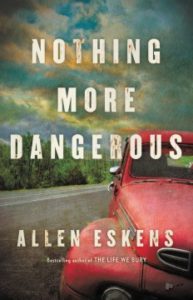 Set in Jessup, Missouri in 1976, the story focuses on an unhappy 15-year-old white boy, Boady Sanden. As the new kid at St. Ignatius High School Boady has trouble with classwork and bullies. When the Elgins, a black family, move in next door to Boady and his mother, the families become friends. Thomas Elgin and Boady become inseparable.

Charles Elgin, Thomas’ father, was brought in from Minnesota to run Ryke Manufacturing, the plastics company in town. One of the African American employees, Lida Poe, suddenly disappears and so does a large sum of money. Rumor says she embezzled thousands from the company and ran off with it. Boady and Thomas decide to play detective to find out what happened to Ms. Poe.

Boady begins to see the lines of race and class that divide this small town. He will be forced to choose between friendship and loyalty to “his people.”

“Both heartwarming and hard-nosed, Nothing More Dangerous is a coming-of-age page-turner that probes the dark heart of small towns and the resilient strength that keeps families together.”―Thomas Mullen, author of Darktown

5. The Confession Club by Elizabeth Berg 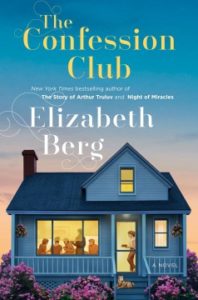 This is Elizabeth Berg’s third book set in the fictional small town of Mason, Missouri. It features some of the same characters from The Story of Arthur Truluv and Night of Miracles.
The Confession Club is a group of middle-aged women who get together every week to spill secrets with wine and treats. They invite Iris and Maddy, who are both facing romantic challenges, to join them.
Iris is a cooking school teacher approaching her fifties. She feels a strange connection to newcomer John, a homeless veteran with PTSD from the war. Maddy is a young mother to a seven-year-old daughter, Nola. She recently moved Nola back to Mason from New York City but left her husband behind. The Confession Club is ready to offer them the support they need to make some very difficult romantic decisions.

“[A] feel-good testament to taking risks, falling love, and reinvention … Berg effortlessly wraps her arms around this busy universe of quirky characters with heartbreaking secrets and unflagging faith. … Readers new to Berg’s Mason will be dazzled by this bright and fascinating story, and fans will be cheering for the next volume set there.” –Publishers Weekly