The long winter months can be brutal for some of us. We are just starting to move out of the short and cold winter days that can stretch out to an endless drag. While upbeat music like Bobby McFerrin or Katy Perry might help some shake the winter blues, I found myself leaning into the gloomy months by listening to the darker tones of heavy metal bands. Sometimes the best relief for a rough season are tunes that make you want to headbang and pump your fist. Here are three newer albums by some of the best metal bands this side of the 21st century. They also come from around the globe. 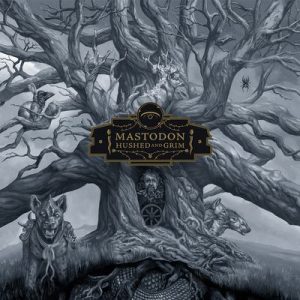 These four Grammy-winning Georgians have become one the best known metal bands. Their first elemental themed albums (fire, water, earth and air) were among the hardest-edged they’ve released. But in recent years Mastodon have mellowed to more of a “hard rock” by incorporating elements of classic, progressive and southern-fried rock into their sound. It’s all on display here in their first double-disc LP, quoted by the band as only a matter of time before one was inevitable. However, even with the extra length from COVID isolation recording, none of their ferocity or intent is watered down here.

The band sounds more driven and clear than they have in awhile. Despite songs that are rarely shorter than four minutes, this batch are as catchy as any they’ve ever made. You hear their southern influence on “The Beast” (past albums featured banjo). Then the very next song “Skeleton of Splendor” uses the synth from Pink Floyd’s “Welcome to the Machine.”

Most of Mastodon’s recent albums are dedicated to someone close to the band who has died. You can hear a lot of that in the lyrics. This album was written after their manager, Nick Johns, passed away. Their last album was written with the death of guitarist Bill Kelliher’s mother in mind. The album I saw them play live in its entirety, Crack the Skye, was written for drummer Brann Dailor’s departed sister Skye. The show was fun and intense as their albums tend to tell a story. Actually, I didn’t realize before watching them play that three of four band members trade off vocal duties throughout. After they finished playing that newest album, they moved backward through their discography, the songs getting heavier and faster as they went. 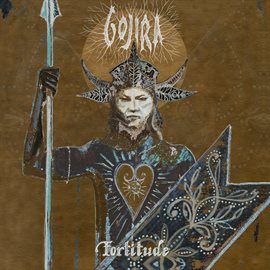 This band from Ondres, France, has toured with Mastodon multiple times! But Gojira has staked their reputation in their own right with a distinctive sound and fury. The brothers Joe and Mario Duplantier formed this band as the singer/guitarist and the drummer in 1996.

Gojira is named after the Japanese word for Godzilla. Like that movie’s themes there has always been a focus on environmental causes in their lyrics. In fact,the band set up a non-governmental organization to combat deforestation efforts of the Amazon rainforest. Sales of the song “Amazonia” on this album go toward those efforts. This song pays tribute to the next band on this list in its use of tribal drums.

In the album Fortitude the band is stretching into new progressive directions more than traditional heavy mental. But for fans worried they’ve gone soft, the monstrous guitar screeches and roaring vocals are still here. 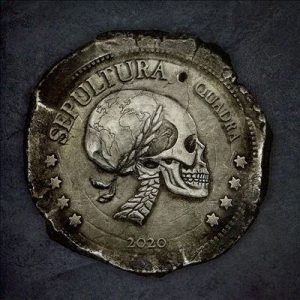 Sepultura have been around since the 1980s although they have gone through several changes. Like Gojira, two brothers formed the original band. Unfortunately, Max and Igor Cavalera aren’t part of the band anymore, but the rest of the members have been there through it all. They’ve had ups and downs.

This newest album is a return to form for the Brazilian group. Quadra, as the name implies, is loosely conceived as a four-part concept album. Supposedly three songs each of thrash metal, groove-percussive songs (what Gojira imitated), progressive style and more melodic ballads. I’m not sure sure the concept holds up, but the album’s no worse for that. It holds your attention through an energized and vital group of tracks. This sounds like the work of a band half their age, and the powerful vocals of their newer American vocalist Derrick Green help drive things forward.

Sometimes a little musical catharsis is just the right thing to let off some steam. These three albums from some of metal’s most revered bands are a great way to power through.