As an adult, Stephen Mills could understand why the predator chose him. After losing his father to multiple sclerosis when he was 4, Stephen became emotionally estranged from his mother who refused to discuss his father after she got remarried. Fatherless and desperate for love, 13 year-old Stephen was vulnerable. Enter Dan Farinella, camp director, social worker, “good guy” and sexual predator. 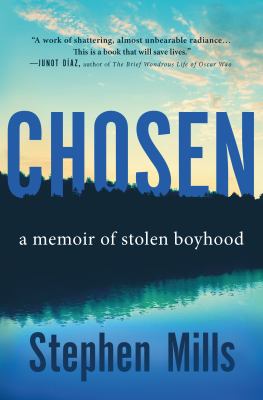 Dan befriended Stephen at Camp Ella Fohs, a sleepaway camp for Jewish kids. Then Dan invited him to spend a weekend at the camp, now deserted in November, to work on some projects. Although bewildered that Dan had picked him, Stephen was excited to be spending time with a man he admired. “It was like winning a prize I didn’t know existed.” Charmed by Dan’s easy patter and gift of Italian pastry, Stephen’s mother had no problem letting Stephen go alone to the isolated camp.

Now Dan had Stephen exactly where he wanted him. After taking him to a restaurant, plying him with pornographic magazines, and a playful wrestling session, the sexual assault began. Dan continued to abuse Stephen for two years. Dan was filled with self-loathing, guilt and doubts about his sexuality. Dan never spoke about it, even when confronted by his cousin who suspected the truth.

But the body, to paraphrase Dr. Bessel Van der Kolk, keeps score of childhood trauma. As Stephen matured, he found himself unable to settle into anything. He went from job to job, traveled, took drugs, and was plagued by bone-chilling dreams and excruciating stomach pains. After years of therapy, Stephen finally understood the great damage Dan had done to him, his family, his relationships, and, of course, to the many other boys Dan had preyed upon.